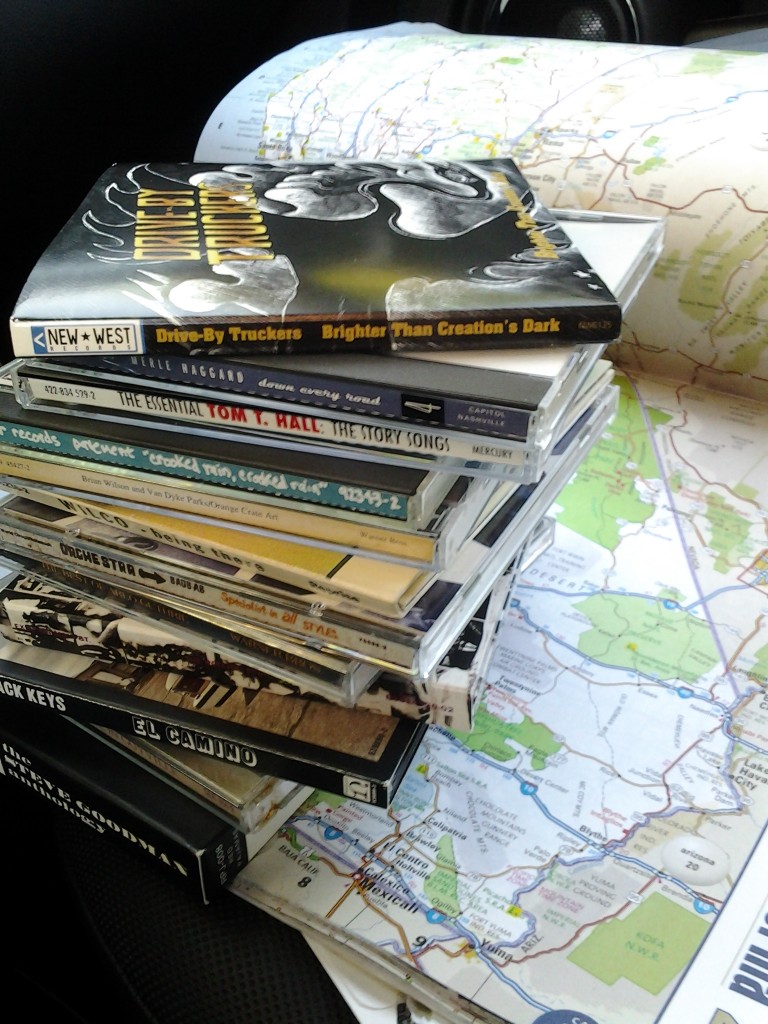 Wednesday’s column is about my vacation, from which I returned Friday. (Unless you paid attention to my Twitter feed, you wouldn’t have known I was gone, as columns and blog posts kept appearing. Neat trick, eh?) I took a road trip up to the Bay Area and back along the coast. Really nice.

Above, the CDs I brought along, atop my California road atlas. Below are a few paragraphs I cut from the column, picking up right after I respond to my friend’s comment about mp3s. I chopped ’em for space and maybe relevancy.

A few sights along the drive up:
• A shared sign for a new shopping center in Delano has space for logos of a dozen tenants. Only two slots were filled: McDonald’s and Walmart. Well, that covers the lowest common denominators.
• “It’s Happening in Soledad,” a billboard read. Next line: “Gateway to the Pinnacles.” This left me confused where “it” was really happening, Soledad or the Pinnacles.
• Rest stops are a true blessing to the weary traveler, and a couple of the ones on the 99 in Tulare County were especially clean and modern-looking. Nice job, Caltrans. My sole complaint: California maps on display at the rest stops tend to be about water use or Spanish missions and never pinpoint where you are. Is it a secret?