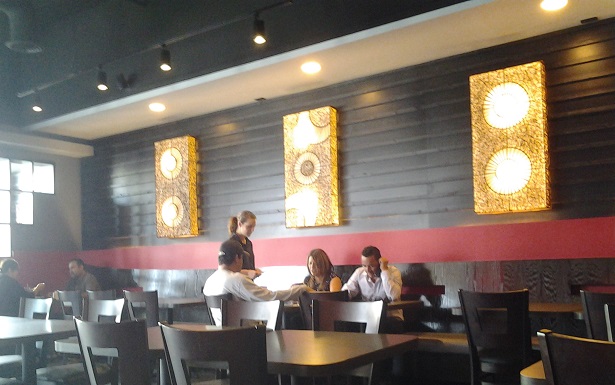 At Home (the spelling is actually @ Home) opened in fall 2012 in an Ontario Mills-adjacent shopping center with a Kohl’s and Applebee’s. The space was, I believe, previously occupied by Iron Chef Kitchen, which always seemed a lawyer-letter away from having to change its name.

I stopped in for lunch recently. The interior is spare but stylish, especially the wall treatments and mushroom-like ceiling fixtures. The menu is mostly Thai with some pan-Asian touches. For example, tom yum and tom kha soups, which are Thai, have udon noodles, which are Japanese.

Ordering off the lunch menu, I got swimming rama with shrimp ($9.45; $7.45 with chicken, pork or beef), which is steamed shrimp atop sauteed spinach leaves with sesame oil and topped with peanut sauce. Steamed jasmine rice was on the side and a cup of hot and sour soup came with. The entree was tasty, the half-dozen shrimp an acceptable portion, and the spinach making for a good and healthy pairing with the shrimp and peanut sauce.

Untraditional but pretty good Thai food, and more interesting than many of the restaurants around the mall. At Home’s Facebook page has more photos and the menu. 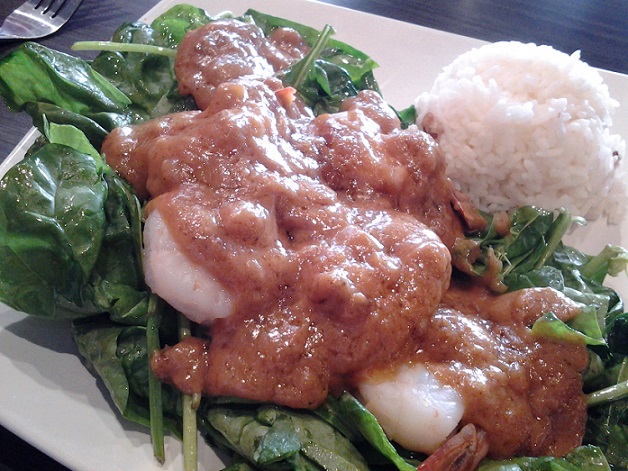 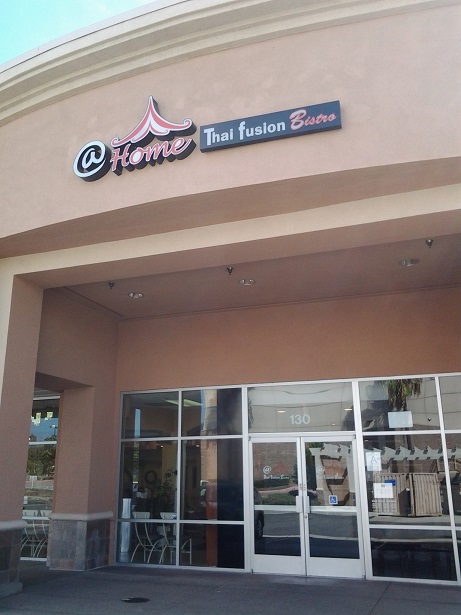