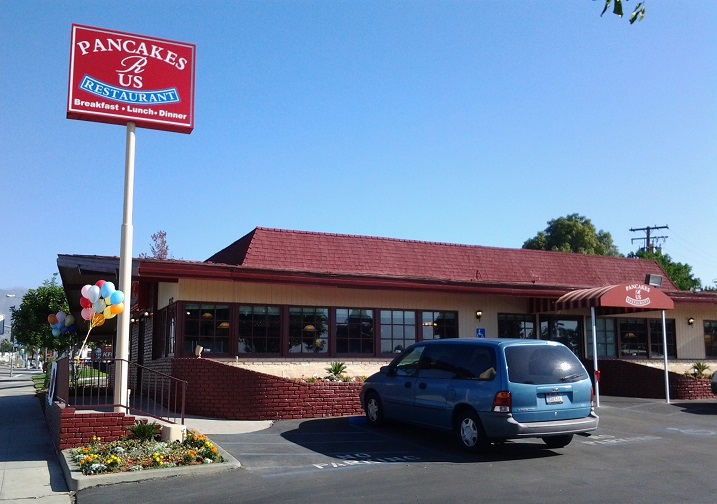 The first location is in Costa Mesa, the second in Pomona, an expansion model you don’t see very often. Pancakes R Us took over the closed Sizzler between a KFC and a shuttered classic Arby’s in north Pomona earlier this month.

It was moderately busy on a Sunday morning. We were immediately greeted and sat, and our beverage orders taken. Service was a little shaky, but attentive. What surprised me was how few pancakes a place named Pancakes R Us had on its menu: 10 varieties, by my count, including buttermilk. apple, blueberry, boysenberry, peach, strawberry, country nut and grain, chocolate chip, potato and pumpkin.

What, no banana? I thought banana and blueberry were as basic as you could get. I went for pumpkin ($8). They were acceptable, and with no syrup accompanying, I used the maple at the table. The second person got pigs in blankets ($7), four sausages in four buttermilk pancakes. He had no complaints.

That didn’t hold true for the third person, whose huevos rancheros ($8.29) were poor: scrambled rather than fried, with canned refried beans and clumpy rice on the side, and pickled jalapenos on top rather than the roasted whole jalapenos depicted on the menu (with fried eggs). She was told corn tortillas weren’t available for her side, only flour, but the eggs were served atop fried corn tortillas. “I’d give this one star,” she said, picking at her inedible rice.

So, it’s good to see a middle-of-the-road restaurant open in Pomona, one serving breakfast, lunch and dinner, but my first visit was not promising. In fact, it fell flat as a pancake. Well, there’s a Carrows a few blocks away on Foothill, and Flappy Jack’s in Glendora serves up a lot more pancakes. 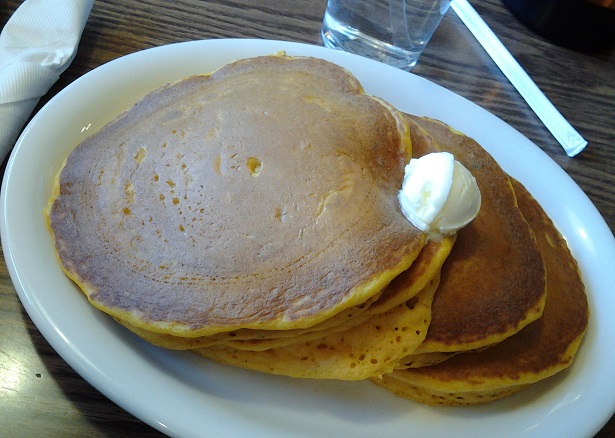 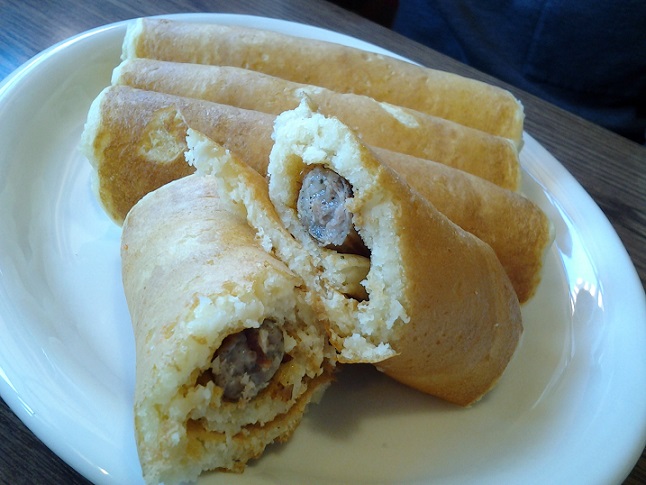 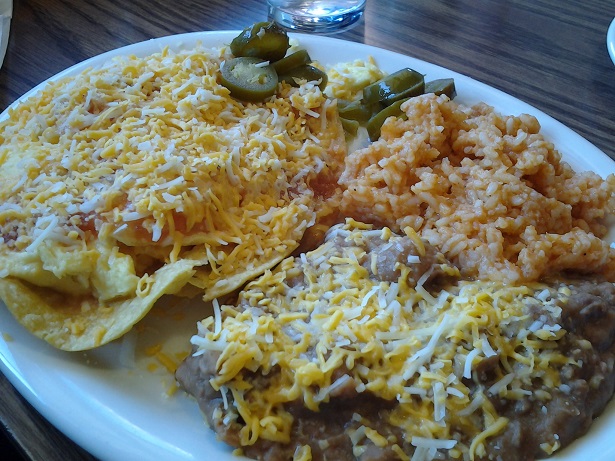