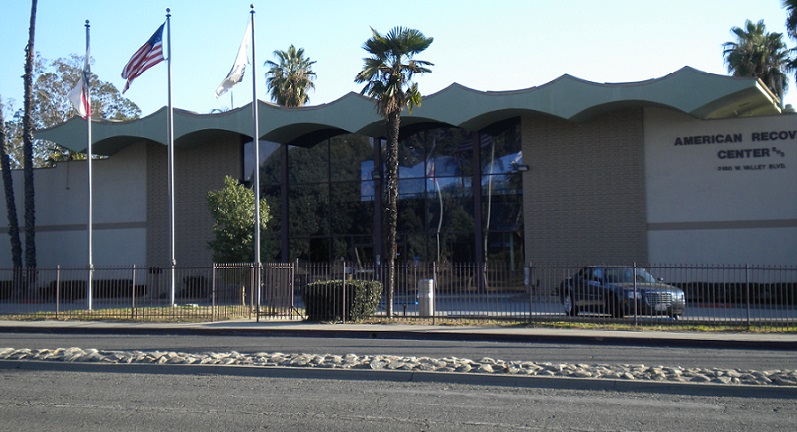 Originally this was the Brasilia Bradyo Hotel, opened in 1962, named after Brazil’s capital city and nodding toward Oscar Niemeyer’s designs for same, according to Charles Phoenix’s “Cruising the Pomona Valley.” Dig the glass entry, which looks two stories high, and wavy roof treatment.

The Brasilia’s original motto: “The most spacious and complete luxury hotel in the valley.”

After 1965 the Brasilia became the Pomona Valley Inn. Now it’s a drug rehab center. (The most spacious and complete?) The address is 2180 W. Valley Blvd., just west of the 71 Freeway. The building also rated a mention in Alan Hess’ “Googie Redux.”

The promotional sketch in Phoenix’s book shows a large courtyard with a pool and patio surrounded on four sides by buildings. No doubt it’s all been altered quite a bit. Still, someday I’d love to see the interior — as a visitor, not as a client. 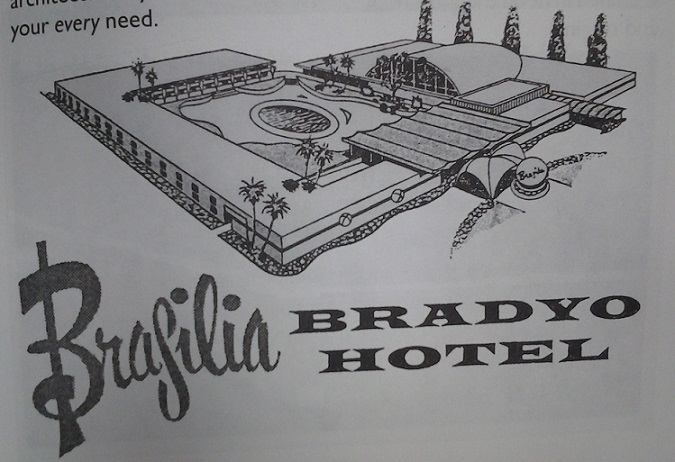 * A July 16, 1962 Progress-Bulletin article touts the amenities of the hotel, at that point nearing completion, at a cost of $1.5 million: “Besides 100 hotel rooms, the Brazilia (sic) will contain conference rooms, a beauty shop, a steam bath, a travel agency, a putting green and men’s and women’s ready to wear shops. Its banquet room will seat 350.” Click on the thumbnail below to read the full story. Thanks to the Pomona Public Library for the find. 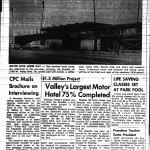