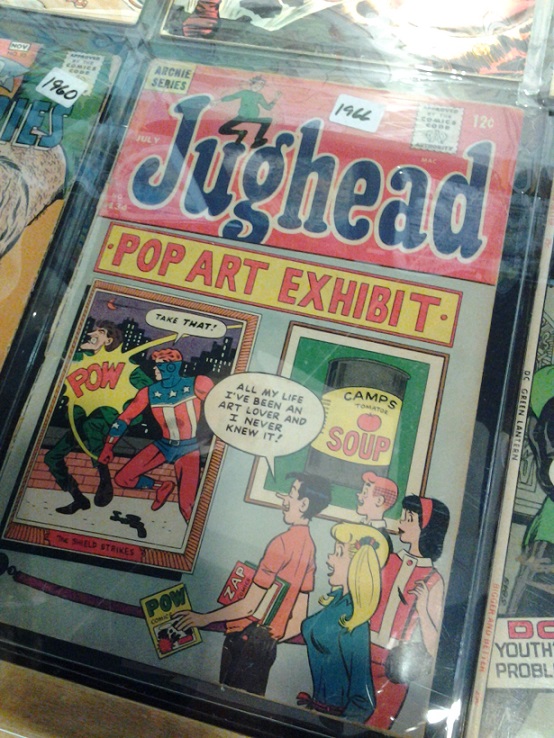 An exhibit at the Cooper Regional History Museum in Upland is devoted to comics and Pop art. It’s the subject of my Wednesday column.

Above, a 1966 Jughead comic on display has a commentary on Pop art, neatly tying the two threads of the exhibit together.

One thing I left out of the column was a crack about the exhibit’s name, which appears to be “Let’s Have Some Fun at the Cooper Museum Pop Art Exhibition.” Gosh, let’s. If the exhibit finds another home after its May 31 end at the Cooper, a new name should be a priority.