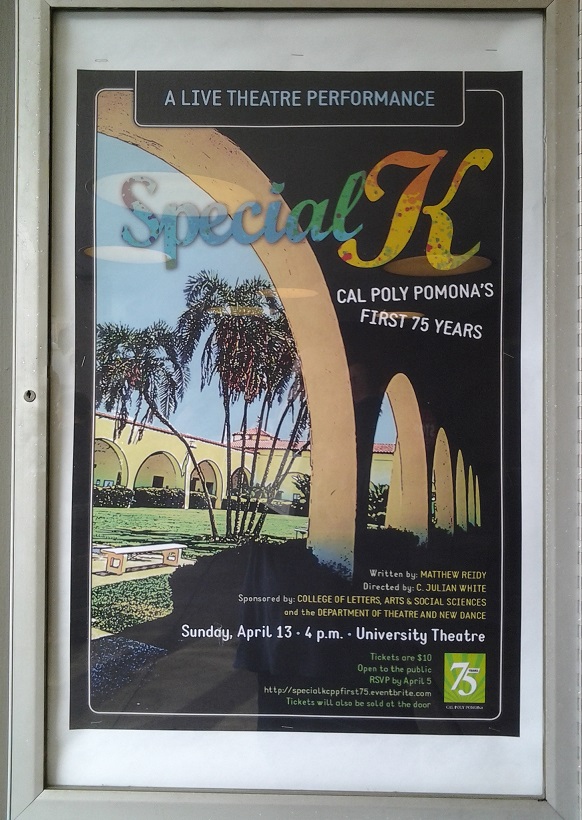 I caught “Special K: Cal Poly Pomona’s First 75 Years” on Sunday in its only planned performance. As I won’t get a chance to go into it in my column until later this week, if at all, I’ll take a moment to say how lively it was, especially when it could have been dry as a bone.

The primary characters were cereal magnate Will Kellogg, humorist Will Rogers, poet and Cal Poly prof Virginia Hamilton Adair * and Mike Taylor, a student who surreptitiously built a treehouse on campus (hey, it was the ’70s). With them as narrators and regular stage presences, this was a delightfully off-kilter look at the university’s history. Good show.