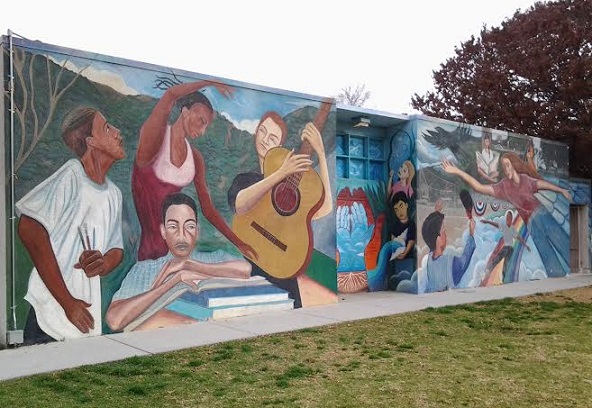 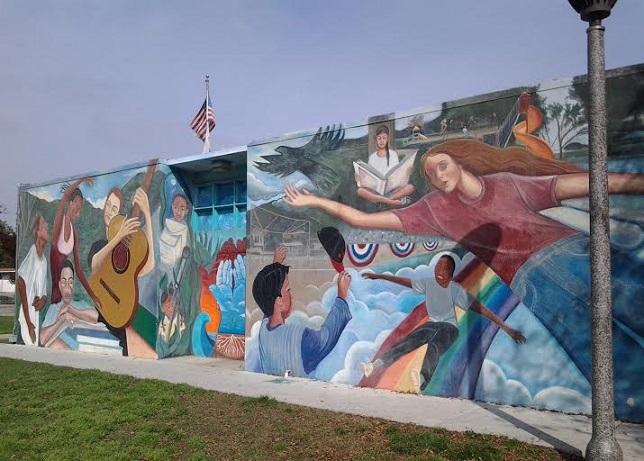 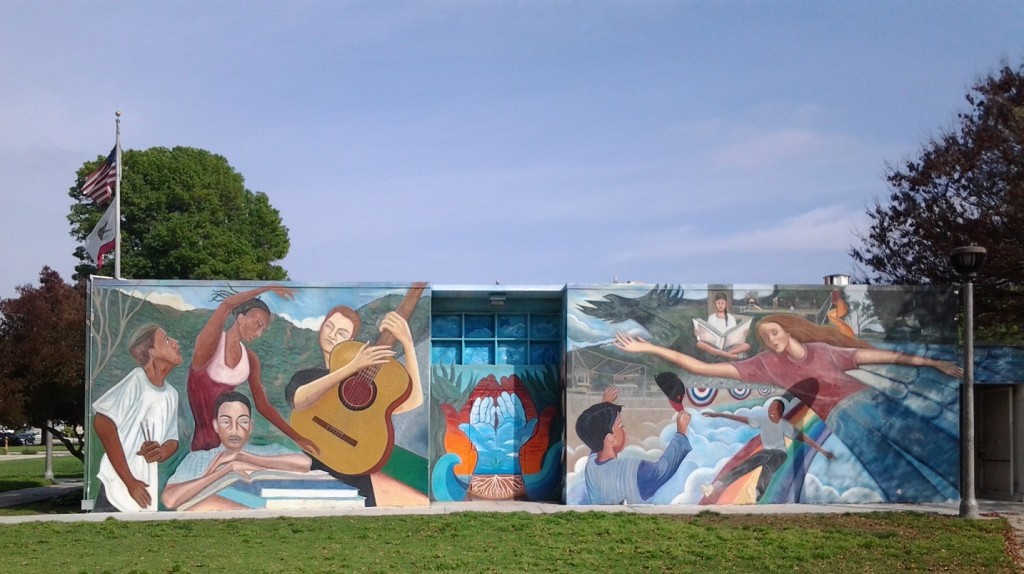 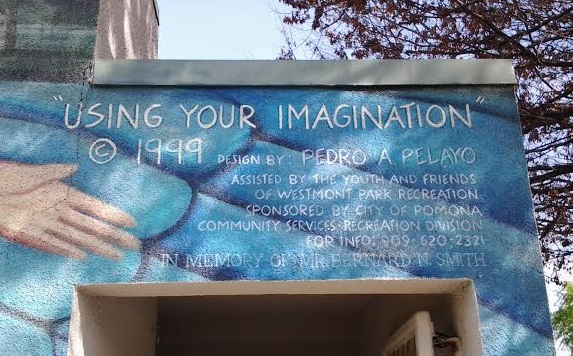 While checking out the Westmont neighborhood of Pomona for a “Mod!” blog post, I spotted the Community Center, below, which has a certain flair to it. (It’s at 1808 W. Ninth St.) It was hard to photograph as it’s a long building, but perhaps some of the charm is visible.

On the center’s west wall was a surprising sight, a vibrant mural depicting young people playing music, dancing and painting. It’s titled “Using Your Imagination” and was painted by Pedro Pelayo in 1999. Above are two angled views, one head on (click for an expanded view) and one of the credit. 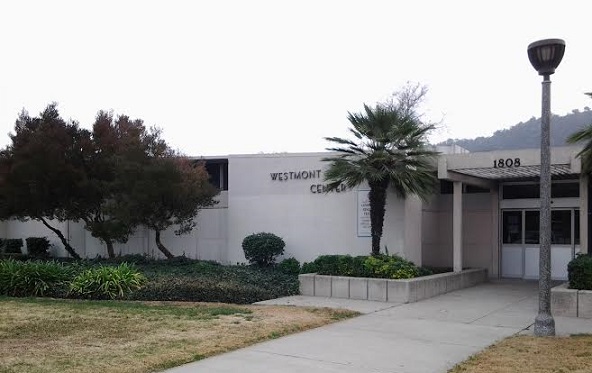