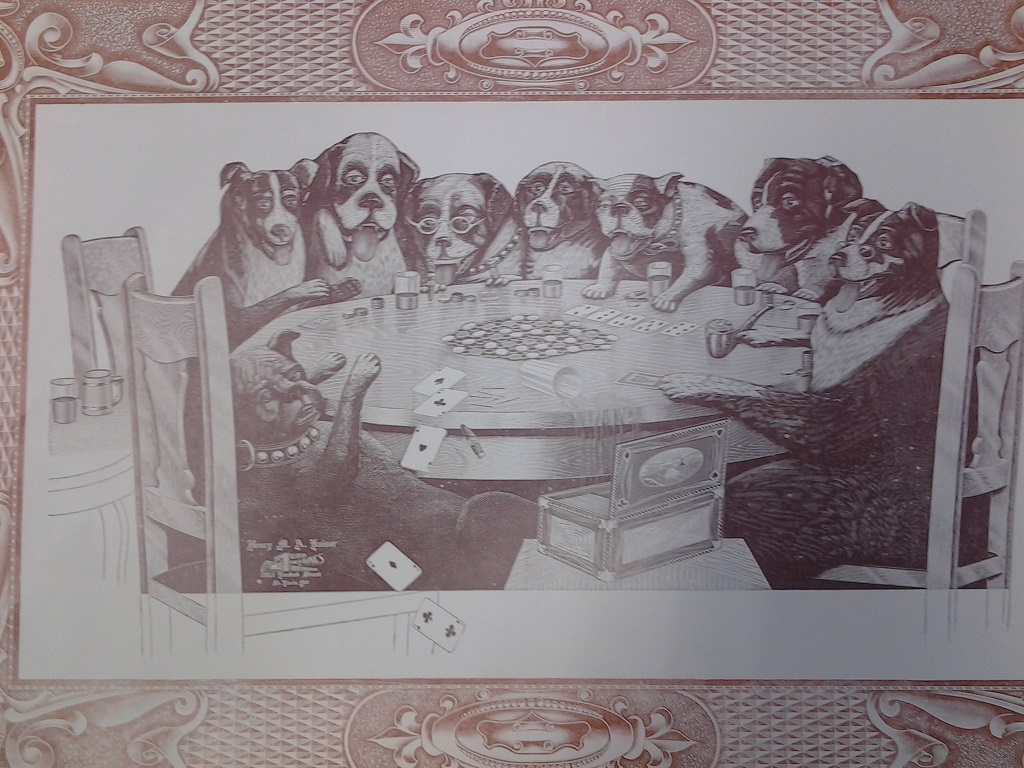 I had joked in my column that, after stripping his office walls, Upland City Manager Stephen Dunn might only be planning to redecorate, and that next time I saw him, he might have prints up of Dogs Playing Poker. (Dogs Playing Poker is, of course, famously low-brow art, akin to Elvis on black velvet.)

Next time I saw Dunn, he said he’d considered getting a Dogs Playing Poker painting just for the joke but hadn’t found one. The Fontana Flea Mart would surely have had one, Dunn remarked. I put that in my column last Wednesday.

That’s when Upland reader Harry Scahill stepped up. Scahill, who lives near City Hall, has an aged print of a Dogs Playing Poker poster that he dropped off with Dunn after reading my column that morning.

“I told Stephen, ‘You don’t have to go so far away. Because I live just three blocks up the street,'” Scahill told me later.

The poster is unusual: Scahill’s grandfather, Henry K. Kaiser, made a woodcut engraving of the poster, probably in the 1940s, and then printed copies. “He plagiarized it,” Scahill admitted cheerfully. The time commitment involved in carving Dogs Playing Poker into wood is frightening to contemplate. Scahill inherited the posters and was happy to give one to the city manager, who got a kick out of the whole thing.

“I’m going to have it framed,” Dunn told me.

They’re pictured below, with Scahill at left and Dunn holding the poster and the original engraving. It’s great to see the City of Gracious Living finally involved in the fine art world.

Others commented on the reference in my column too. At noon on the day the column appeared, a fellow Rotarian of Dunn’s wore a Dogs Playing Poker T-shirt to the group’s lunch. A resident came into Dunn’s office to mock-complain about the ridicule of Dogs Playing Poker, saying he happens to have that poster hanging in his bathroom. And Acquanetta Warren, an Upland employee who is also mayor of Fontana, chided Dunn for referring to the Bel-Air Swap Meet as the Fontana Flea Mart.

“I’ve got a lot of buzz about Dogs Playing Poker,” Dunn said.

Dogs Playing Poker originated as a series of cigar ads early in the 20th century. You can read about the paintings at dogsplayingpoker.org and on Wikipedia. The most famous image, “A Friend in Need,” is reproduced at bottom. 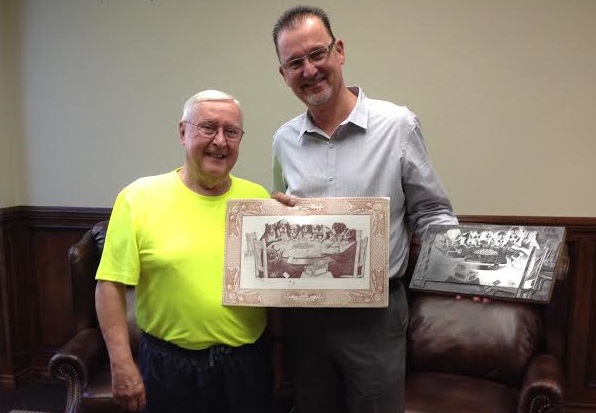 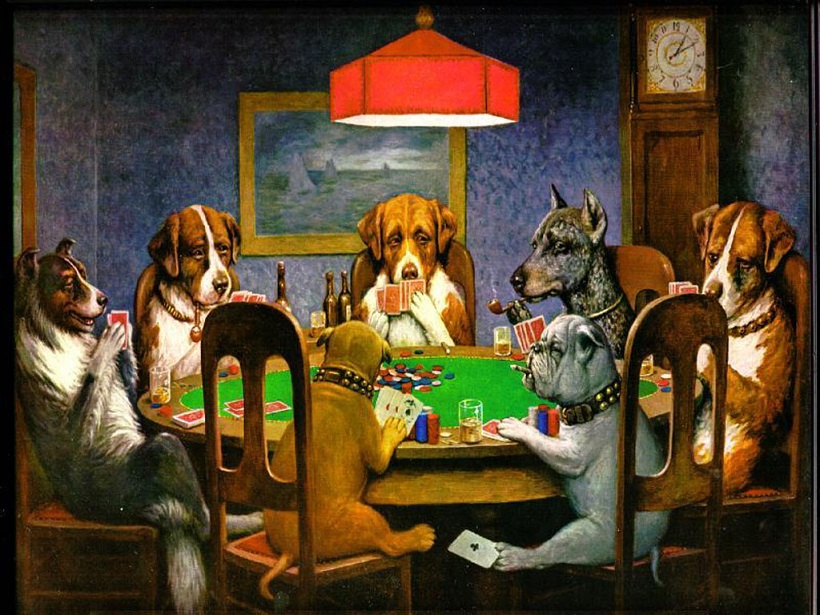