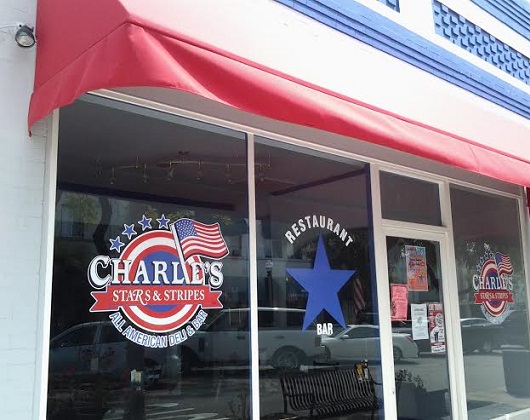 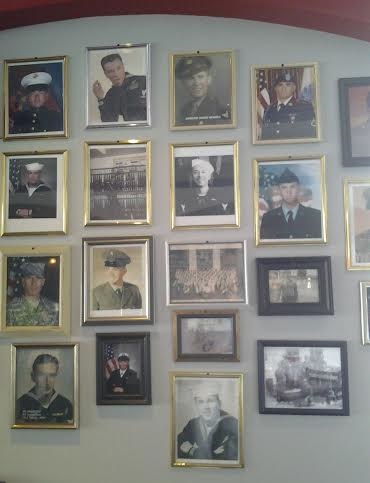 After a couple of high-profile failures on the southeast corner of 2nd and C, Christophe’s and Aria, the folks at JD Allison’s, a sports bar on the southwest corner, took over the spot across the street and opened it last October as bar and grill with a military theme. It’s named for a relative who died in 2012 in Iraq while serving as an Army medic.

The interior is more welcoming to the general public than might be feared. There is red, white and blue, but you don’t feel like you’re eating inside a giant flag. The decor is fascinating, actually: old recruiting posters, memorabilia, maps and framed servicemember photos. There’s a wall devoted to them, with photos brought in by customers, and the effect is respectful and participatory.

Now to the menu. It’s mostly sandwiches, including hot dogs and burgers, with some salads, stuffed baked potatoes and entrees. I had a lunch with friends in which we got pastrami sliders and corned beef sliders ($9 each; pastrami is pictured below) and a buffalo fried chicken salad ($10, below), all of which met with our approval.

I returned another day for lunch and got a Pearl Harbor burger ($10, below). (Many of the menu items have military-themed names.) This was a hand-packed burger, probably one-third of a pound, and very good, with grilled pineapple and onions, Swiss and teriyaki glaze.

There’s a full bar, and they have happy hour and dinner specials, the most notable of which may be Monday’s $5 steak night. I went back for that: You get a small salad, a smaller steak and a loaded baked potato (pictured at bottom). Service was slow and with an iced tea, tax and tip I paid $10, but it’s still an amazing deal.

Charlie’s is a decent option downtown, and you’ll feel like you gained entrance to a VFW, only with better food. 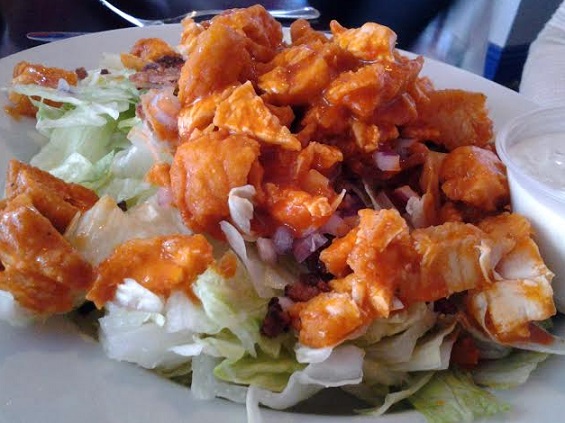 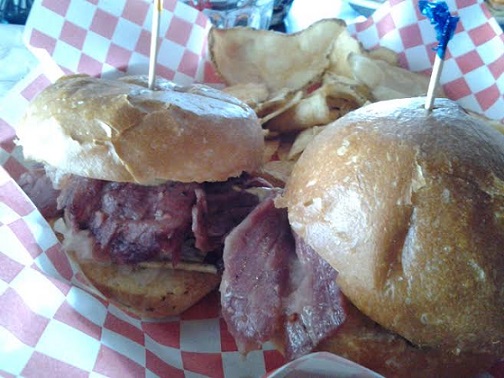 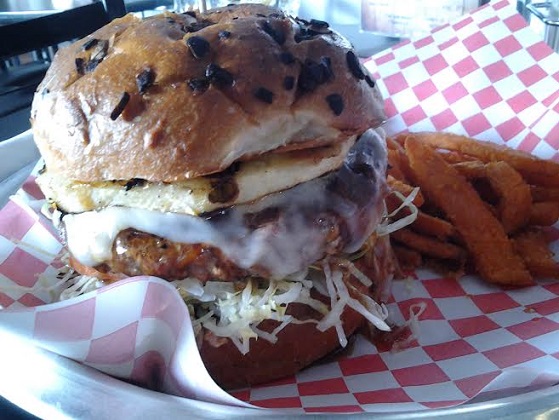 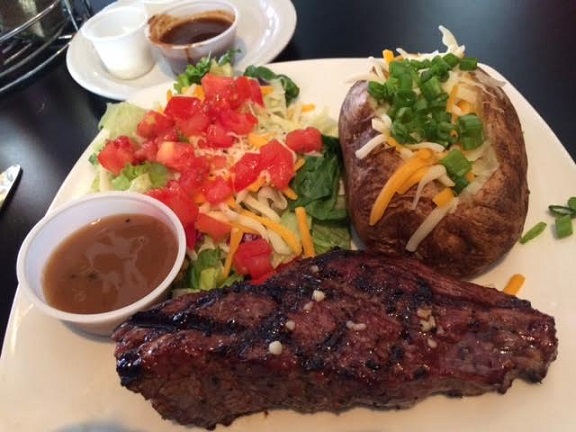 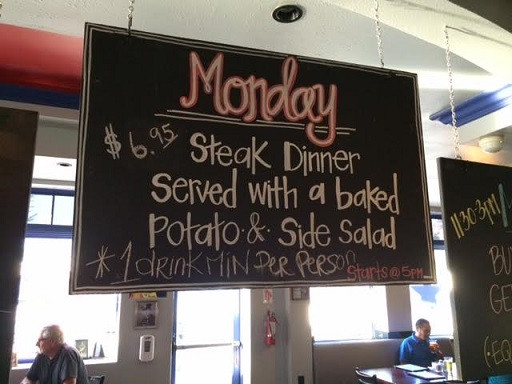