One of the valley’s few Filipino restaurants, Green Banana Leaf is located in a sprawling shopping center with a Costco, Sport Chalet and vacant Best Buy. Several Asian eateries are in an L-shaped wing by Peyton Drive, including Guppy House and The Boiling Point, with The Crabby Crab coming soon.

I met a friend at GBL for lunch. It’s an inviting spot, with a row of private-seeming booths, a red and black color scheme and hanging fixtures. Snazzy.

We ordered off the lunch menu: pork BBQ skewer and chicken BBQ ($6.50 each, below and bottom). First came cups of mushroom soup in a clear broth. The plates had lumpa, which is akin to a small egg roll, and rice with dried garlic; I had noodles and my friend had a salad. The entrees themselves were mouth-watering. We liked the rice and lumpia. The noodles were nothing special, but neither was the salad, although it had romaine rather than iceberg.

These lunch plates were very filling as well as delicious, and for the price, even better. “It was like comfort food: wholesome, good food,” my friend remarked. We also tried traditional beverages ($2.50 each): sago at gulaman, a slushy cola with boba, and guyabano, which my friend said would be “perfect with rum and an umbrella.”

I don’t know how this stacks up with other Filipino restaurants, having only had that cuisine a time or two before, but this was one of the better meals I’ve had recently. 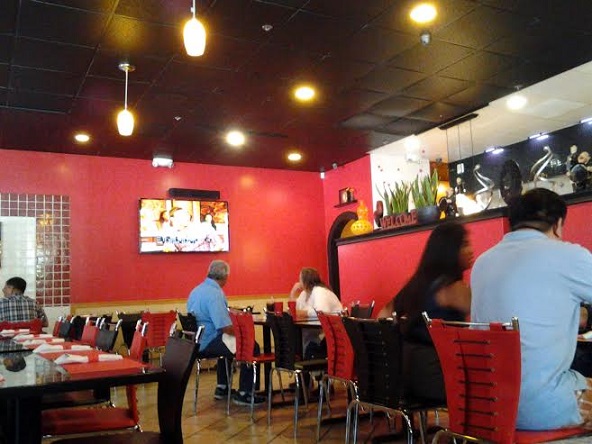 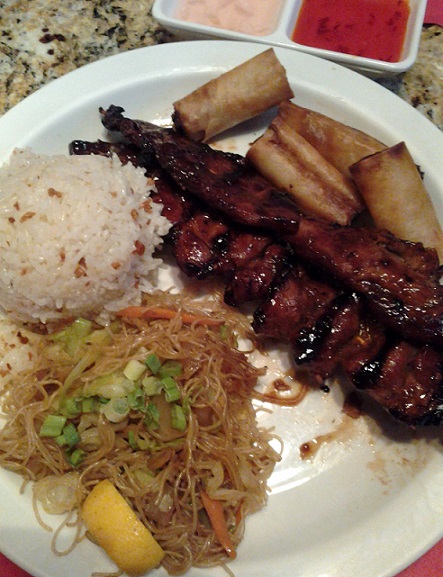 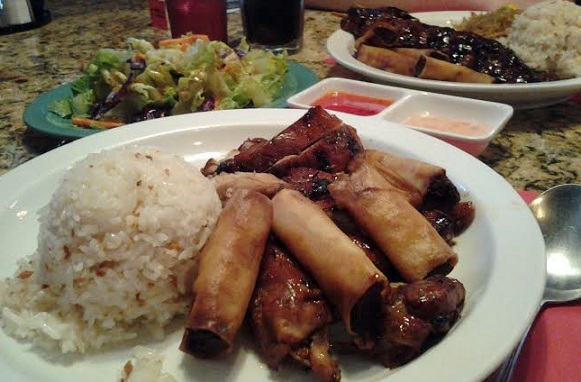