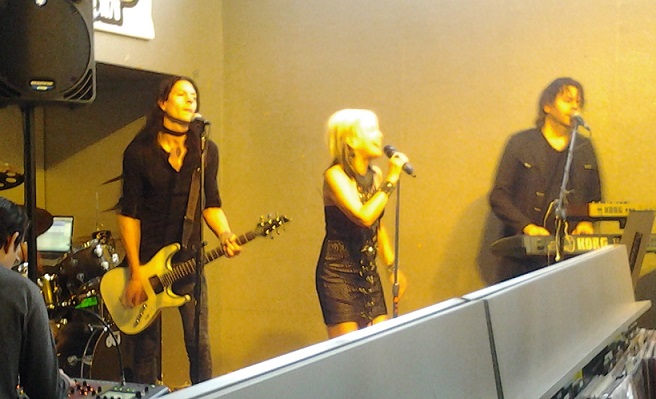 Berlin performed a six-song set Saturday at Claremont’s Rhino Records, a thrill for some 100 people who packed into the LP aisles to hear the band play on the small stage. They heard the band’s ’80s songs “Masquerade,” “Metro” and “Sex (I’m a …),” the new tracks “Mom” and “Animal,” and the obligatory “Take My Breath Away.”

(Here’s a short Daily Bulletin story with a couple of nice photos by James Carbone, who was standing just behind me.)

“Can I tell you how great it is to be in a record store?” singer Terri Nunn said at one point. Her parents owned a small record shop in Reseda in the early 1970s “until Tower and Wherehouse killed us off.” She added: “It was such a hub of community and neighbors and fellow music lovers.”

Nunn is a passionate performer, as people who’ve seen the band at the L.A. County Fair and other venues can attest, and that even translates to an intimate free show at a record store. She moved sinuously, and after “Mom,” a touching song about her mother, Nunn actually cried. It was a sweet moment. A fan handed her a tissue. Then she went directly into “Animal,” whose first line is “Looking up my little dress…”

For the finale, Nunn left the stage and waded into the aisle, where we parted like the Red Sea as she sang with her handheld microphone. One of those moments you won’t forget. (I do wonder what Nunn thinks of gazing at people aiming a phone at her rather than actually looking at her. I’m guilty too, but then, I’m a journalist.)

Afterward, she and the band lined up at the counter to sign people’s CDs, mostly the new one. I introduced myself as the fellow who interviewed her by phone the previous week for a column, and while I’m not sure she remembered, they probably all blend together at some point. It was cool to meet her, and she posed for photos with everyone, including me.

Here are two one-minute videos I shot: “Metro” and “Take My Breath Away.”

Photo below by Catherine Caporale and at bottom by Allison Evans. 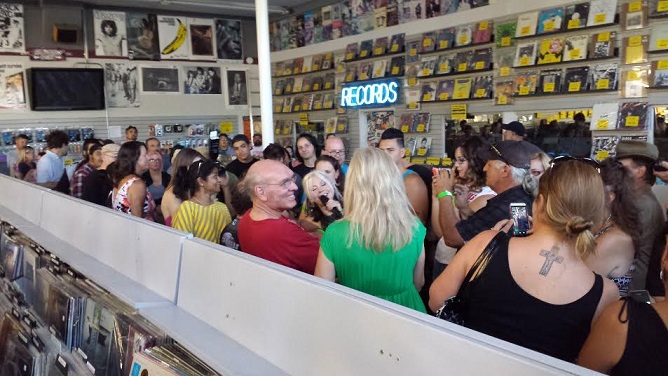 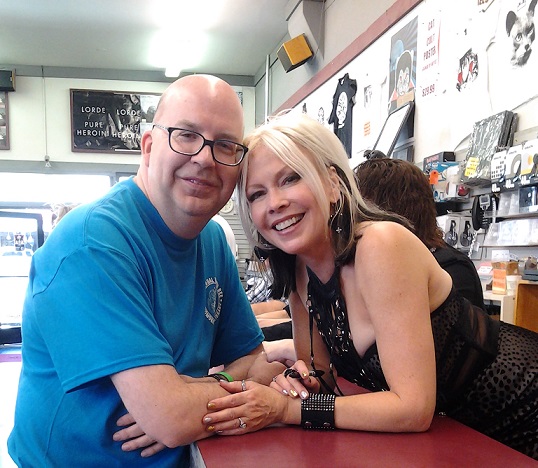