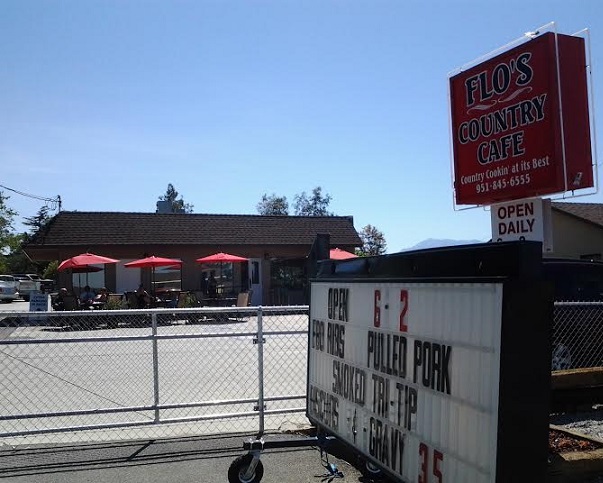 Thus far I’ve stuck solely to Inland Valley restaurants here, roughly Glendora to Fontana, Diamond Bar to Norco. But when a friend suggested we try the new Flo’s spinoff in the wilds of Riverside County, and offered to drive, I was game, and I figured I might as well share the results here. After all, the other two Flo’s are Chino favorites and some of you may be curious. I’ve added a “Restaurants: Around the I.E.” category just for this, and for any other excursions I may make in the future.

Cherry Valley? I’d never heard of the place. Getting there requires a long but pleasant drive out on the 10 well past Redlands (or on the 60 past Moreno Valley if you prefer) to the Beaumont area. Flo’s took over a small cafe there earlier this year. Unlike the Chino locations at the airport and on Riverside Drive, this really is country.

This Flo’s was an immediate hit, and the restaurant could probably be twice the size based on the crowds we witnessed late morning on a Saturday. The small parking lot was full and we parked on the gravel lot beyond. There was a waiting list to sit inside, which is cozy, but we got a table outside right away.

The menu is basically the same as the other Flo’s: breakfast and lunch staples like biscuits and gravy and burgers. But this Flo’s also has barbecue. Having heard from Bulletin reviewer David Cohen that Flo’s had the best BBQ in the Inland Empire, we opted for that, each getting the No. 4 combo: three baby back ribs, tri-tip and a hot link, plus two sides ($11).

Well, it was good barbecue, in Texas style, although our socks remained firmly in place. Personally I like ribs finished off on the grill, not pink when they’ve only been smoked. The tri-tip and hot links were more to our liking. The price was right, too, and our sides — Texas toast, slaw, beans — were tasty. The sauce was more North Carolina than Texas, according to my barbecue-fancying friend.

Flo’s, of course, is known for its pies, and they had a good assortment. I got a slice of peanut butter cream ($3.50) and was not disappointed. Also, it was nice to see waitress Debbie Mahlstadt, a familiar face from the Chino Airport Flo’s, who’s now in Cherry Valley much of the time.

So, the third Flo’s was a good, if possibly once-in-a-lifetime, experience, based on the geography, and now I can brag that I have been to all three existing Flo’s. Do you want to listen? 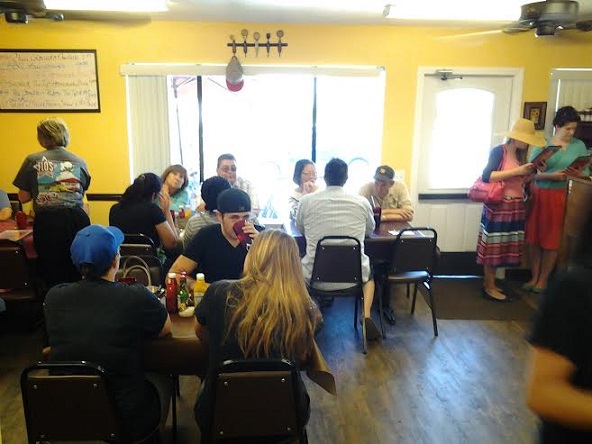 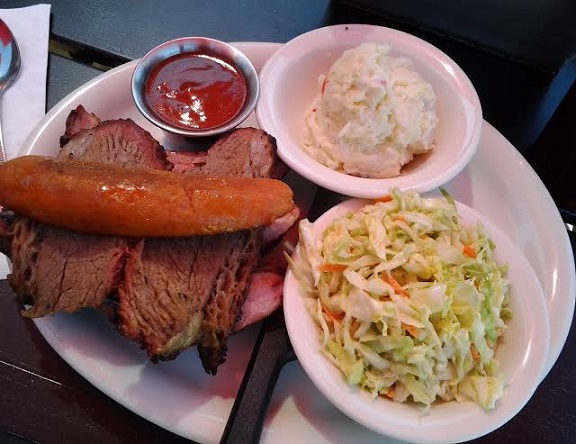 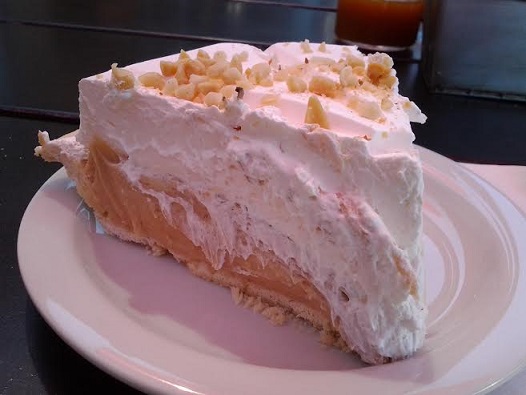