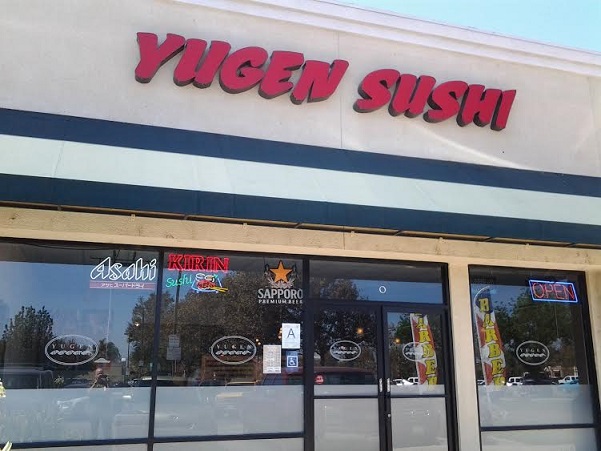 A reader recommended I try Yugen, which is in south Ontario, just below the 60 Freeway. So I went in for lunch after a long, circuitous drive to get there. (From south Ontario, it’s no big deal; from north Ontario, getting there involves maneuvering around the airport.)

Yugen is in a lackluster shopping center whose main tenants are a 24 Hour Fitness and a church. It’s also immediately south of the Ontario Police Department, which uses a defunct Fedco, behind acres of parking, as its headquarters.

I didn’t see any cops inside Yugen, but surely some of them eat there (the ones not eating at Alina’s). The Yugen interior is simple and unpromising. A small aquarium is about the only item of interest amid the tiled floor and ceiling. I took a seat at the sushi bar and perused the menu. They have cheap sushi at lunchtime, $2 to $4 per order.

I opted for a combination plate with three pieces of sushi (pepper salmon, ono and albacore) and nine pieces of sashimi (yellowtail, tuna and salmon, three each), for $14; lunch included miso soup. Not realizing I was getting soup, I ordered a cucumber salad ($3.75).

The salad was larger than expected and tasty. The soup was okay but had no seaweed. The lunch plate was impressive: the sashimi was cut thick, about one-third inch per piece. I liked it and the sushi too, especially the pepper salmon. The sushi chef was low-key and helpful.

Yugen was a pleasant outing, one of those nice finds in an otherwise dismal area where the main restaurants are Taco Bell and McDonald’s. You can find better sushi — but maybe not in Ontario. 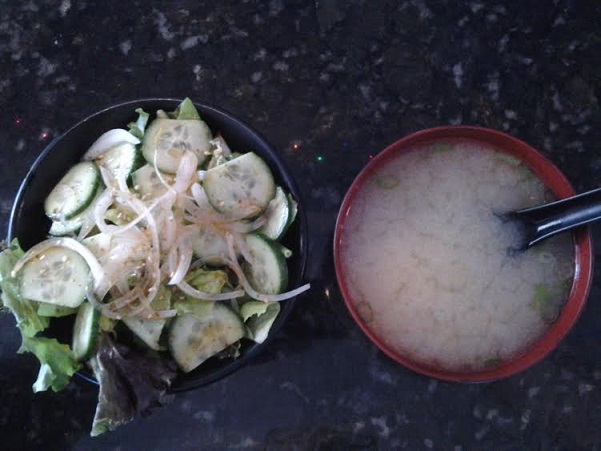 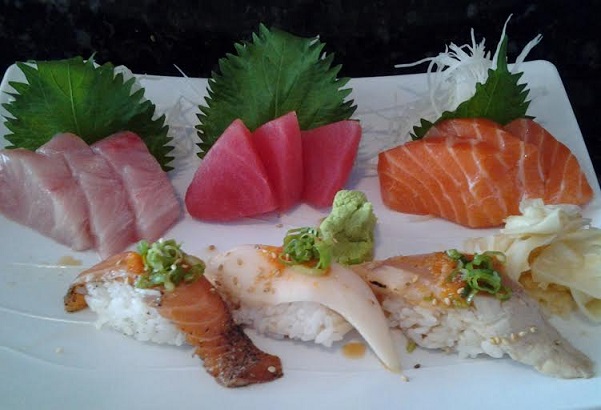