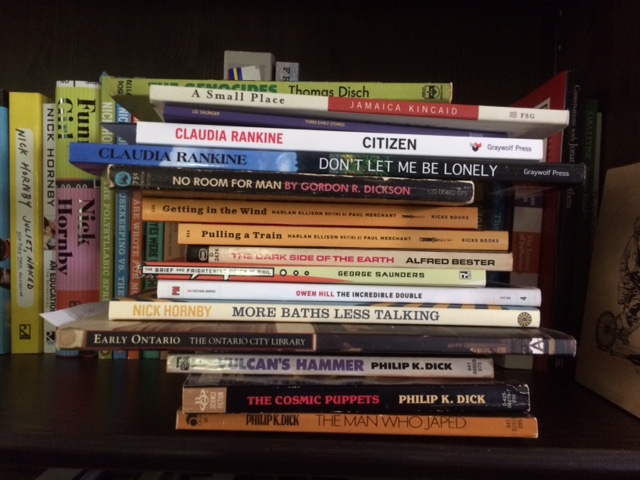 March was a big month — for small books. Once again I saved up short books to read all in one month. I got to 17. This included a couple that were read almost entirely in late February and, heh-heh, finished off in March. It was all about volume.

This is too many to run through in detail, obviously. I’ll say that the best would be “Citizen” and “A Small Place,” both of which are brilliant. Bester’s stories weren’t far behind. The Philip K. Dicks were minor but enjoyable and I love Hornby’s essays. The two I didn’t care for were the Saunders (everyone says he’s great but that this one, which I bought off a remainder table, is rubbish, so I’ll give him another chance) and Dickson’s, a classic that didn’t do anything for me. The others were kind of in the middle.

It was satisfying to blow through so many books, a little better than one every two days, not that they were finished that regularly. Got through some that had hung around for a long time — “Vulcan’s Hammer,” among Dick’s worst, had been on my shelves unread since the early 1980s — and two that I bought in March, at Skylight Books in Los Feliz, and quickly folded into my month of reading.

What have you been reading and have you read any of the above?

Next month: More old books, but far fewer of them. 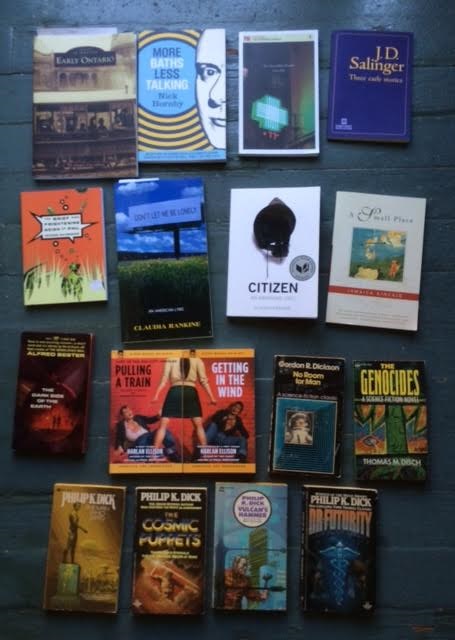