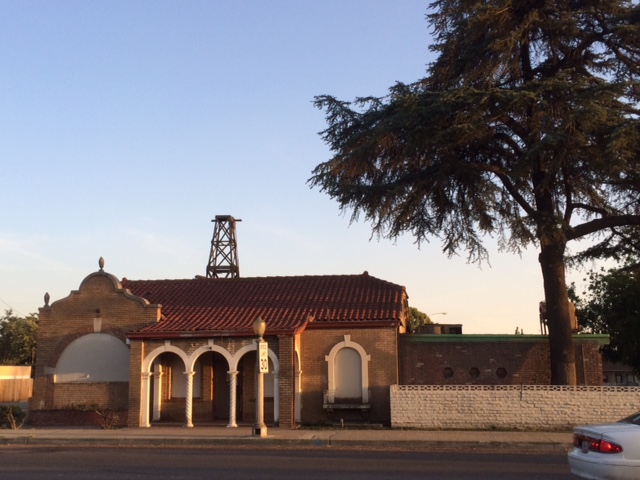 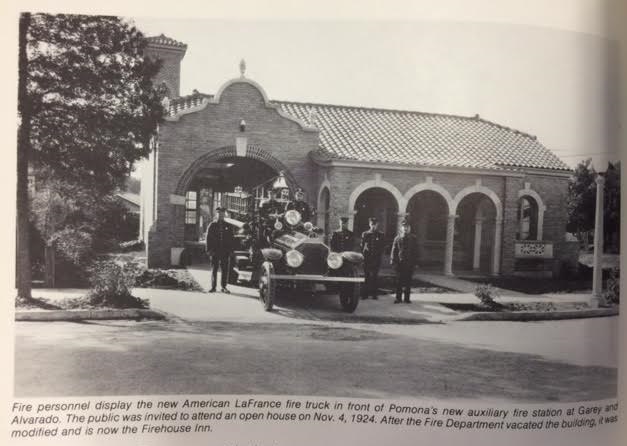 The Firehouse Inn was a popular Pomona restaurant of the 1970s in a unique location: a former Fire Department station built in 1924. Shades of Engine Co. 28 in downtown LA!

The Italianate-style station was Pomona’s second. According to Gloria Ricci Lathrop’s 1976 “Pomona: A Centennial History,” from which the above photo and caption were taken: “Located at Garey Avenue and Alvarado, its purpose was to handle fires in the north part of Pomona, especially if freight trains blocking the crossings prevented the main station’s crews from traveling to answer the calls.”

After some alterations, the restaurant opened in 1970, according to a Progress-Bulletin story from that April. The restaurant lasted until about 1988, based on phonebook listings; it’s unclear if anything took its place. It’s been vacant for years.

Incidentally, can that be the same street light today from whenever the historic photo was taken?

With a new Starbucks having opened across Alvarado, on a previously dead corner that had a long-vacant gas station, there’s more traffic and renewed attention. On an April 8 Starbucks visit, I walked across the street to look at the Firehouse Inn building. On the door was a Notice of Abatement, dated two days earlier and signed by a judge. (I can’t even try to relax without bumping into news, evidently.)

According to Community Development Director Mark Lazzaretto: “The weeds at the Firehouse Inn were unbearably high and there was trash and debris throughout the site. We sent notices to the owner, but the owner failed to comply. In these situations, we go to court for an abatement order, which allows the City to clean up the site so that the neighborhood isn’t burdened with the blight. We then lien the property and recoup our costs when the property is sold.”

For now, the Firehouse Inn sits, boarded up, waiting for progress. Would anyone like to comment about the current condition, the recent past or memories of having dined there? 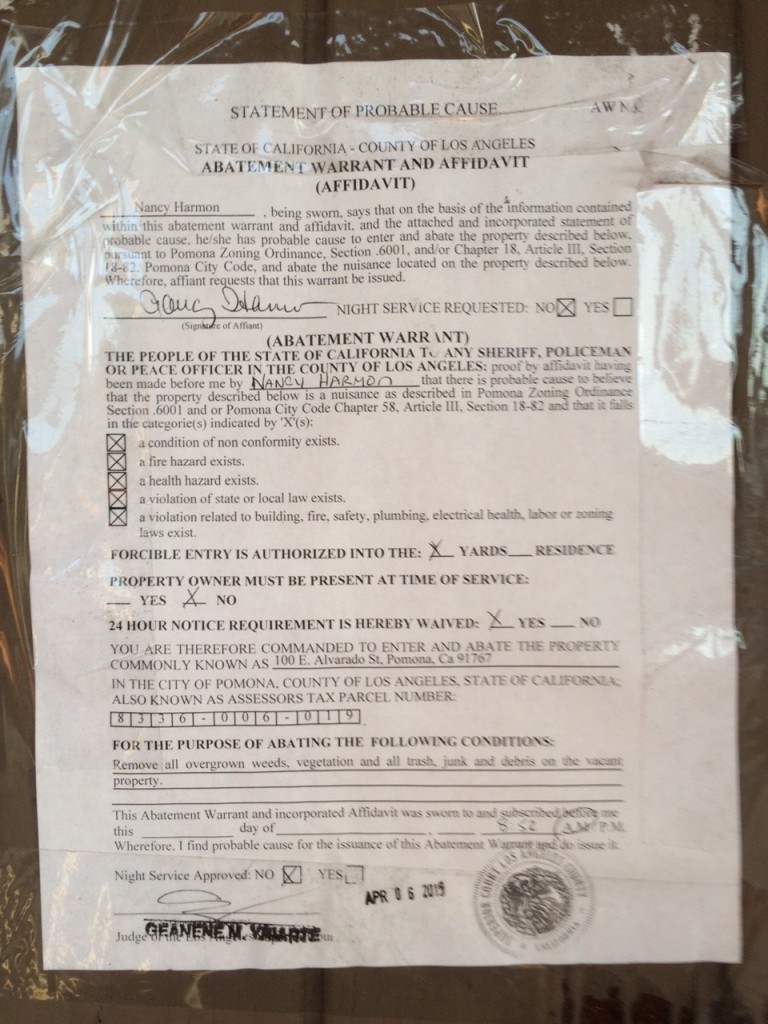 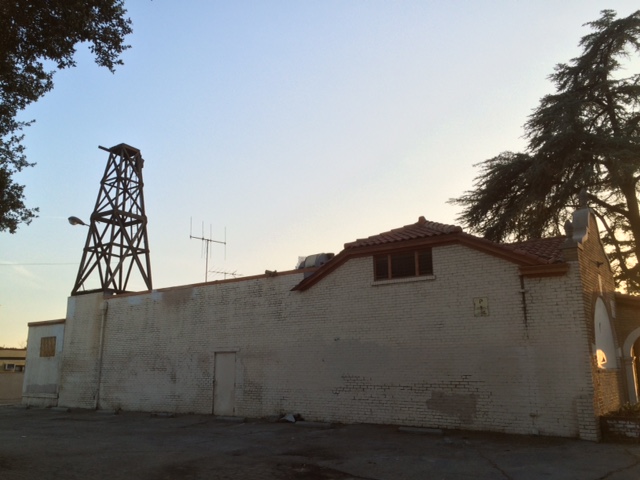