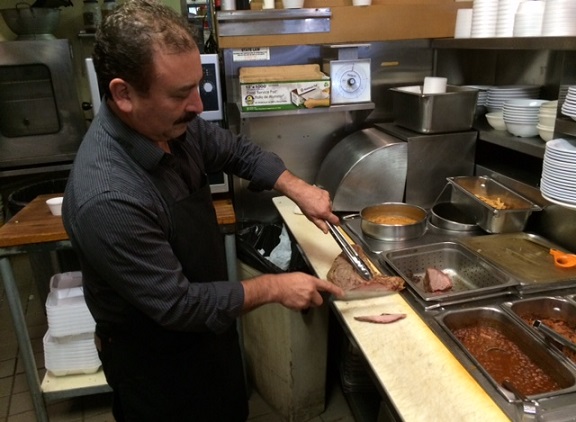 Sunday’s column begins with news that could be considered ironic: A mom and pop eatery in La Verne for 20 years, Frisella’s Roastery, is closing because a Wal-Mart isn’t going in, at least not soon. There were hopes a Wal-Mart Neighborhood Market would help revive an ailing shopping center with no anchor tenant, but with a lawsuit putting the market on ice, Frisella’s decided not to renew its lease.

Also, I’ve got Culture Corner items, more La Verne items and dialogue from an episode of CBS’ “Scorpion” about Pomona.

Above, manager Henry Durazo slices some of the restaurant’s signature tri-tip.