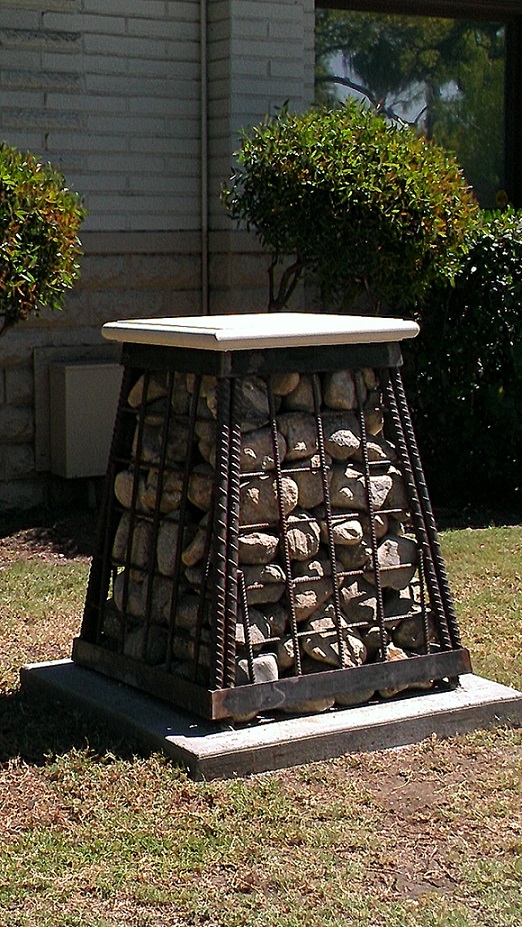 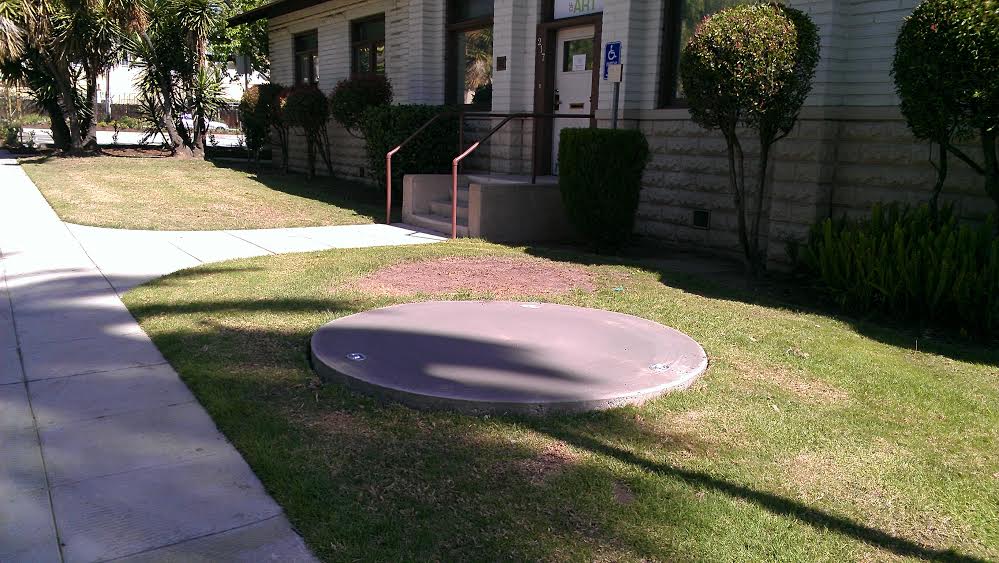 Downtown Ontario’s Chaffey Community Museum of Art has received two gifts, both of them as a result of a new parking structure next door.

The structure, on Transit Street (see bottom picture; view is from the structure’s southeast corner), serves the new San Bernardino County Health Department office building on the long-vacant southeast corner of Holt Boulevard and Euclid Avenue. The museum, housed since 2013 in a 1907-built power building at 217 S. Lemon St., is in the same block as the two-level parking structure.

First, a round concrete pad for sculptures near the museum entrance was added at the city’s request during the cement pours for the parking structure and curbing (see photo above).

Second, and more intriguingly, there’s a rock basket, made as a decorative element for the front lawn (see photo up top). How that came about is worth noting.

Fullmer Construction built the structure. Museum staffer Jenelle Lowry struck up a friendship with the work crew, watching over the site for them, while they kept the front of the museum clear of construction dust and debris, and with supervisor Gary Rue. She asked him to save her some scrap rebar for a future art project.

Rue got inspired, recalling the sight of rock baskets in Boulder City, Arizona, during a recent visit. He hit up some colleagues for materials and built the basket and rocks as a present for the museum.

“The entire project was made with scrap material from the construction of the parking structure,” marveled museum president Nancy DeDiemar Jones. “The rebar is fixed in a cement pad that has been partly sunk into the grass. Before the river rocks were added (and I think those came from the construction site too) the rebar and cement pad weighed 400 pounds, so it is unlikely someone will walk off with the rock basket.”

It’s certainly a novel addition to the museum. Rue will be honored June 14 at the museum’s artists reception. He should exchange his hard hat for a beret.