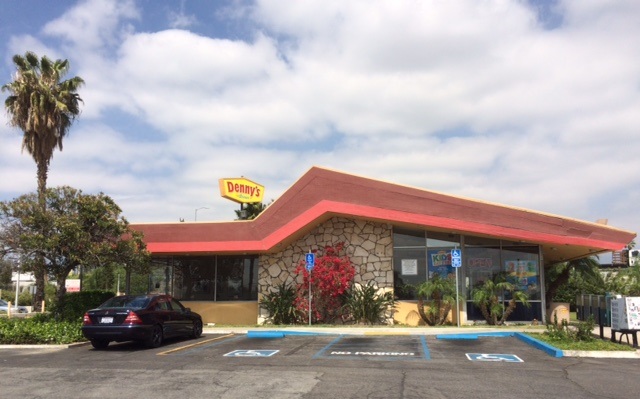 I never paid much attention to the Denny’s off the Fourth Street exit of the 10 Freeway in Ontario, but it’s worth a look as it’s one of the oldest surviving examples in the Inland Valley.

Built in 1965, this 1409 E. Fourth St. restaurant is relatively unaltered architecturally, according to the Ontario Planning Department. It’s got an angled roof with a zig-zag profile, large plate glass windows and stone veneer columns (over concrete brick). Architects were Colwell and Ray of Orange.

“The design is a Denny’s prototype building that was created in the mid-1950s as part of the Googie movement. The Denny’s prototype design was built for several years in many California locations (mostly freeway adjacent),” according to Planning Director Scott Murphy.

No permit for the freeway pole sign could be found, but the signage has been updated.

There are squat palms by the entry, a feature that strikes me as midcentury. The interior has been updated quite a bit. But the ceiling, like the roof, angles steeply, the lamps hanging on long cords from the ceiling add style and the windows offer natural light and a modest view.

This Denny’s is certainly freeway close. You can walk out onto a little lawn that abuts the off-ramp, which is just feet away from the edge. It’s rare to be that close to a freeway, unless you happen to reside in the song “Freefallin’,” where there’s a freeway runnin’ through the yard.

I can’t recommend the food, not being a Denny’s fan, but it was worth a single visit to admire the place.

There are former Denny’s of the same or older vintage in Montclair (now a sushi bar across from Shakey’s) and Pomona (now a birrieria restaurant at Holt and Indian Hill), for the record. 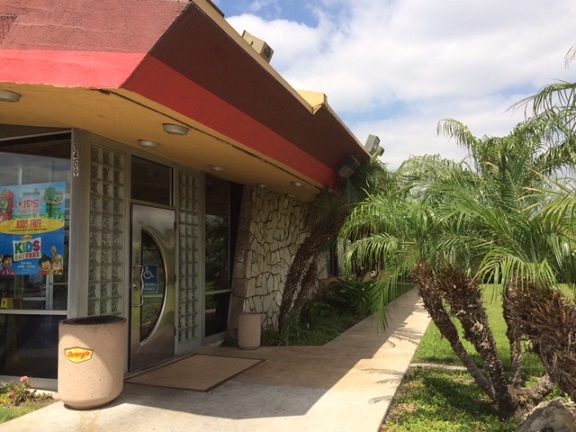 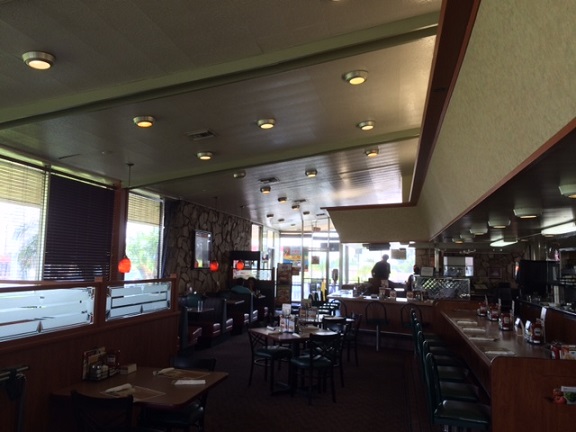 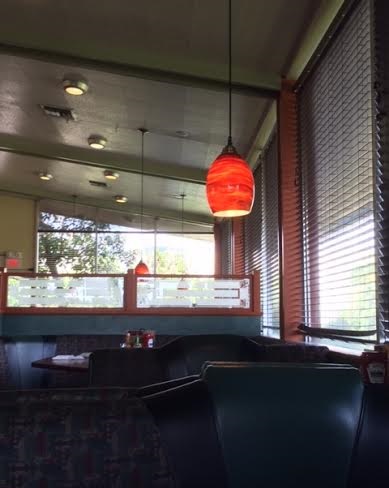 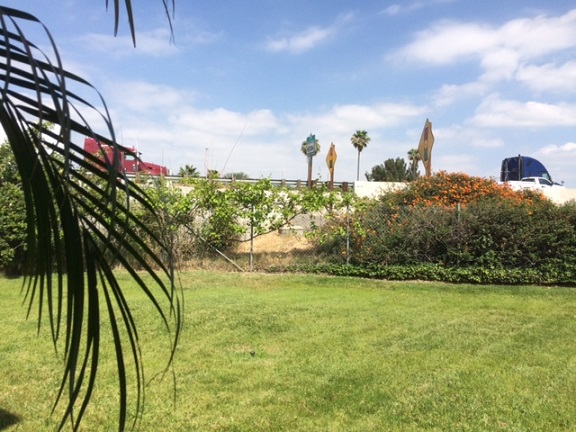