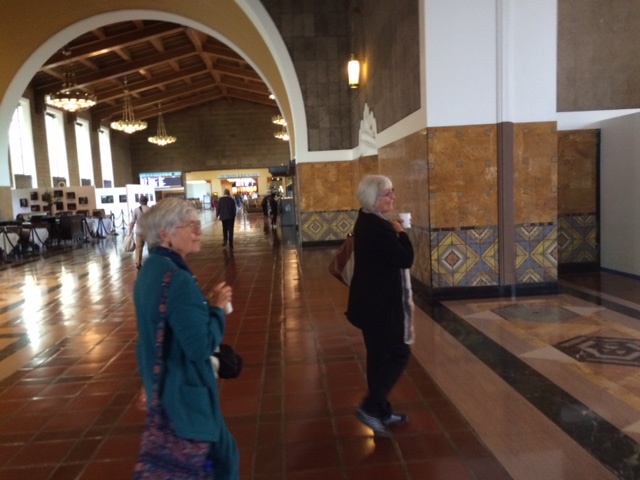 Wednesday’s column is about Grace Moremen and Jacqueline Chase, two Claremont residents who’ve written a guidebook, “Loving LA the Low Carbon Way: A Personal Guide to the City of Angels via Public Transportation.” For the column, we took a Metrolink trip together. The online version has hyperlinks to more information about some of the sights we saw. Here are some photos from the day, all shot by me except the one I’m in, which is by Moremen, an enthusiastic photographer.

Above, Moremen, left, and Chase walk through Union Station; below, Chase and I knock on the World Peace Bell (clang! clang!). If world peace doesn’t break out, it won’t be our fault. Below that, they look at books in the Central Library’s children’s room, a lovely space with enormous windows, custom carpet and murals. 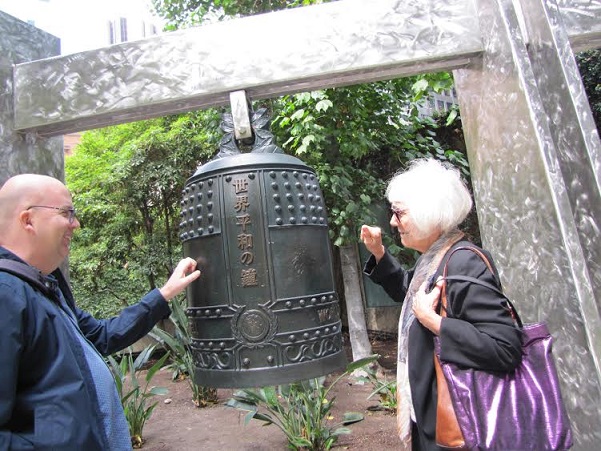 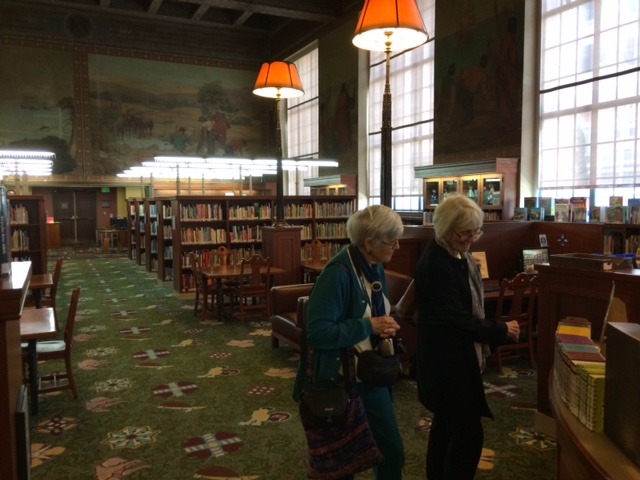 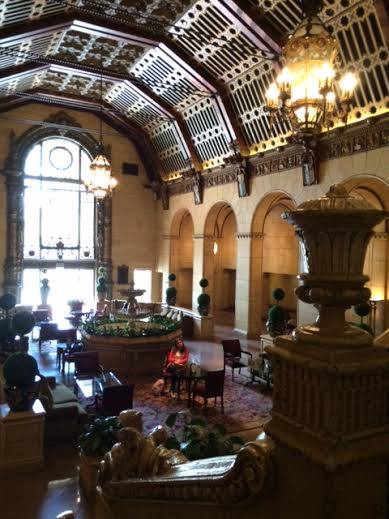 Above, the Rendezvous Court of the Biltmore Hotel — so swank! — and, below, one of the wall panels in Biddy Mason Park. 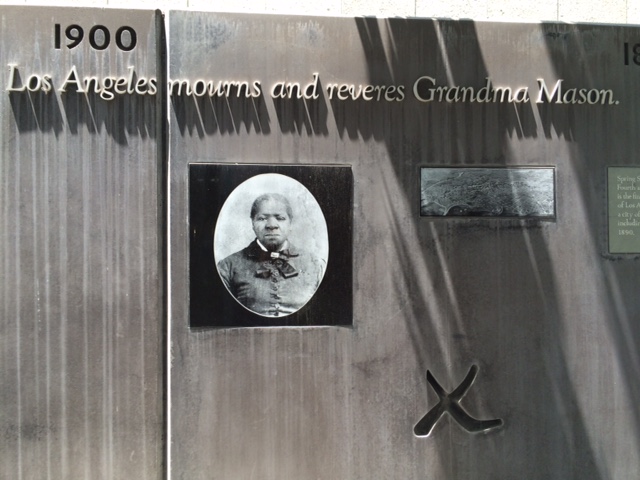 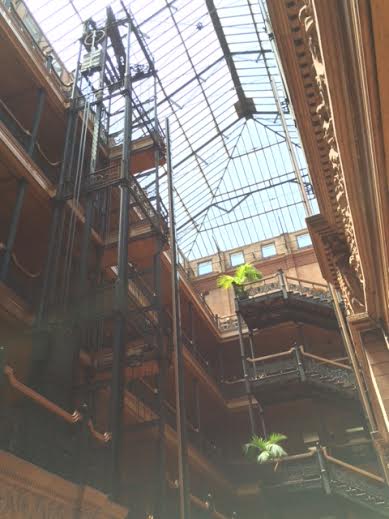 The Bradbury Building, above, is ornate and filled with natural light. Below, Moremen and Chase relax on a sofa in the Last Bookstore. 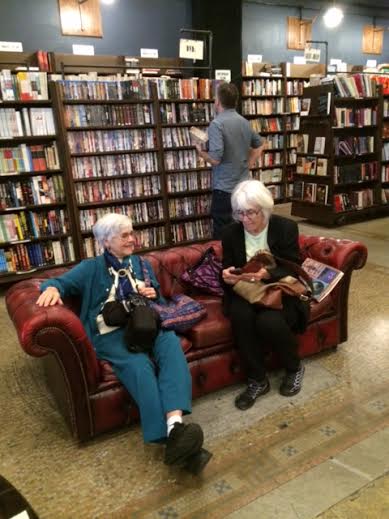 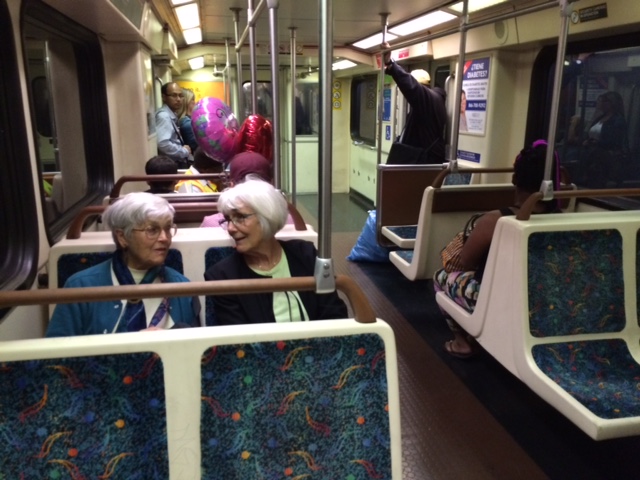 Moremen and Chase chat on the Red Line subway back to Union Station. Below, a Virgin of Guadalupe mural adorns a wall off Mariachi Plaza. 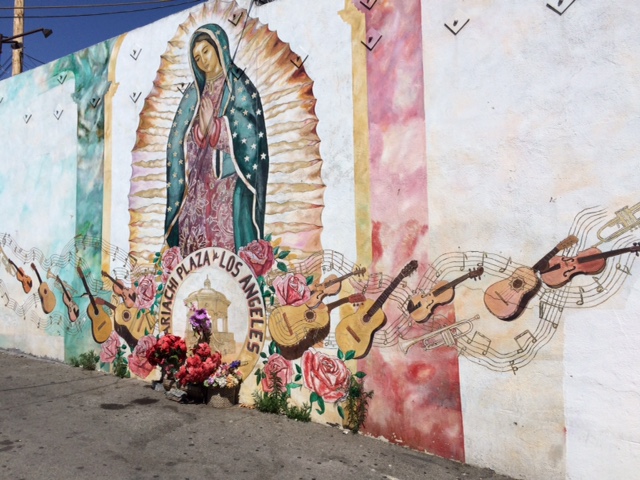 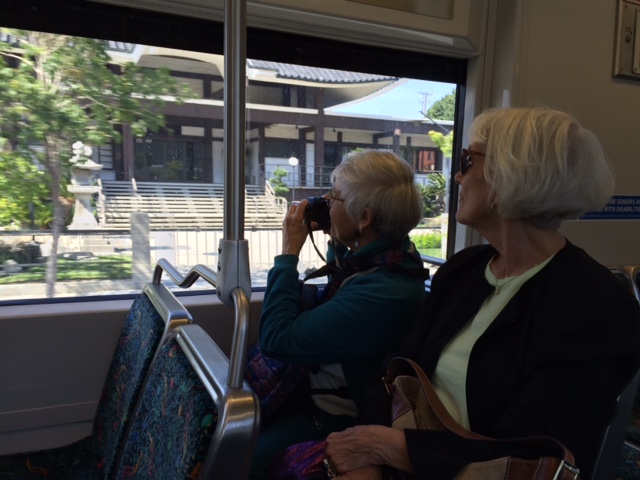 Moremen photographs a Buddhist temple in Little Tokyo from a Gold Line train. Below, our Metrolink train pulls into Union Station for the ride home. We were tired, but it was a good kind of tired. 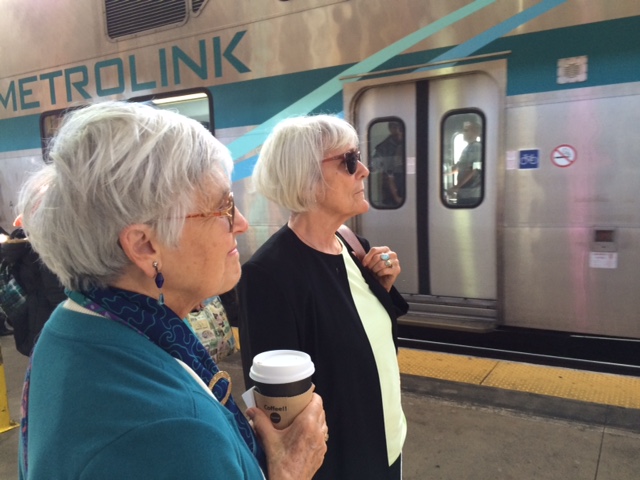