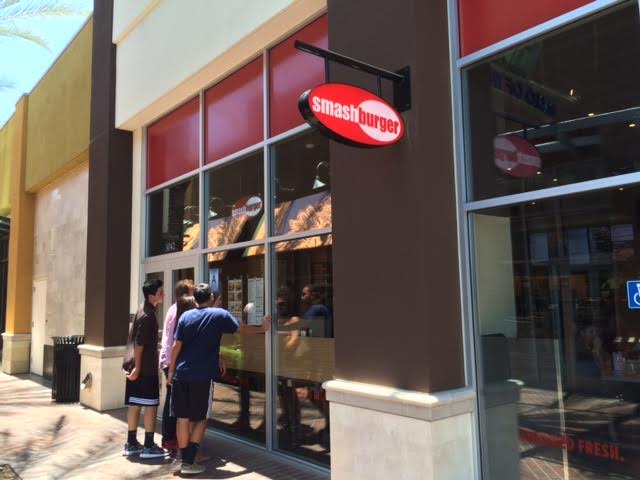 Chino Hills gets interesting restaurants these days. In this case, the city got the Smashburger chain’s first Inland Empire location — yes, even before Victoria Gardens. I met a local friend there for lunch to try it out.

I’d heard of Smashburger, which is based in Colorado and operates in 32 states, but I hadn’t had a chance to eat at one. It’s one of the wave of better-burger restaurants. They use fresh, not frozen Angus, egg buns and fresh produce. You can get fries with rosemary, olive oil and garlic. And their shakes are made with Haagen-Dazs.

The one at the Shoppes is in a walkway across from Panera and a few yards from Dripp. It’s bigger inside than it looks. The menu has eight burgers, with create-your-own options (including six kinds of cheese), plus chicken sandwiches and salads. It’s unusual to find a Cobb salad at a place like this, but they have one. They also have a black bean vegetarian sandwich and veggie frites, which appear to be carrots and string beans served in a basket like fries.

It was a very good burger, very close to the two I’ve had on the East Coast at Shake Shack; it was heartening, in a weird way, to know I can find their local equivalent. The fries didn’t do much for me and I left half of them. Good shake. (Trivia note: I’m a sucker for Butterfingers in ice cream, such as at Foster’s Freeze.) Did I want it as a malt? Sure. How about with whipped cream? What the heck. No extra charge for either. And you get the old-school metal cup with a little extra shake left.

My friend had the buffalo and blue cheese burger with sweet potato fries (next photo). He liked both and was especially taken by the fries. At least someone at our table finished his fries.

You order at the counter and they bring the food to your table. They also check on you and take your trays, at least when it’s only moderately busy, like when we were there. I liked it. 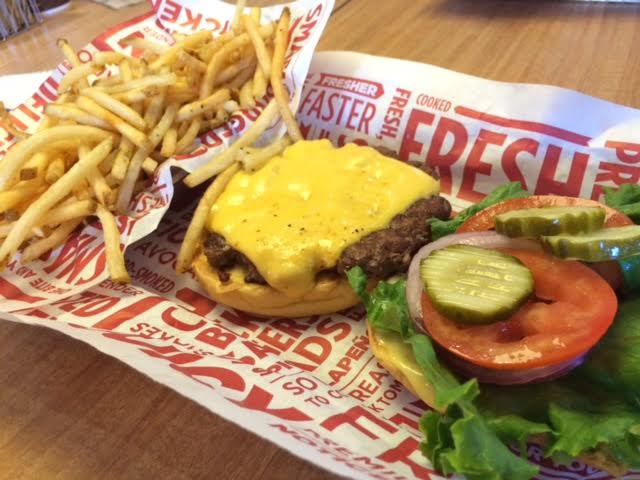 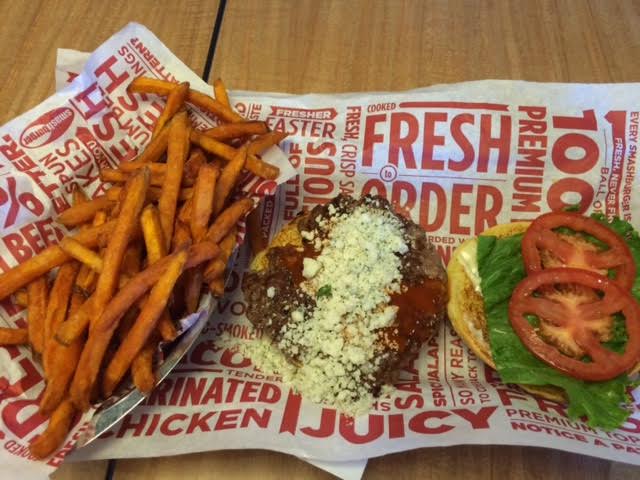 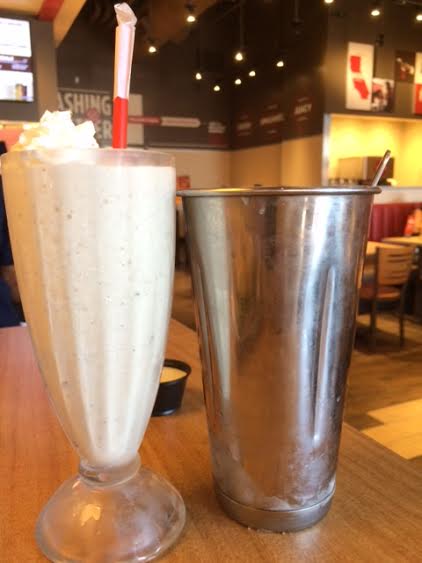 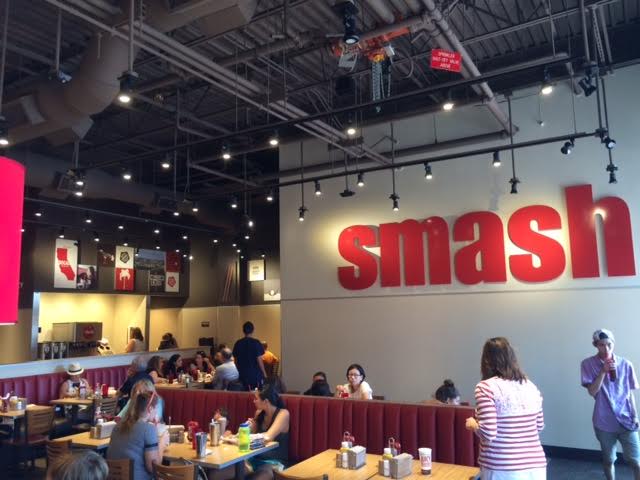