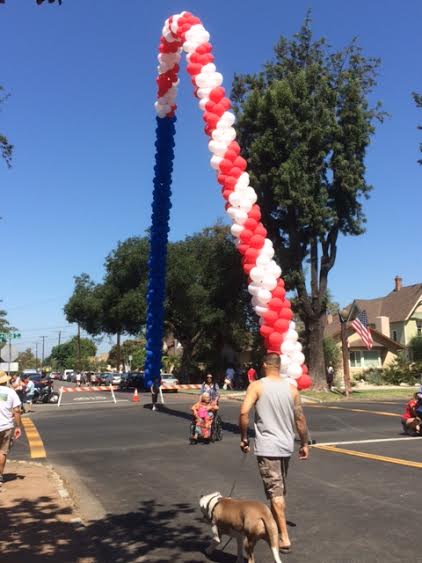 Impressed by Ontario’s parade in 2014, I returned in 2015 to enjoy myself and tweet photos. Here are a few. Above, the parade route was marked by giant arches made of balloons over Euclid. (Unlike St. Louis’, you can’t climb up inside.) Below, Iwo Jima was re-enacted on one float. 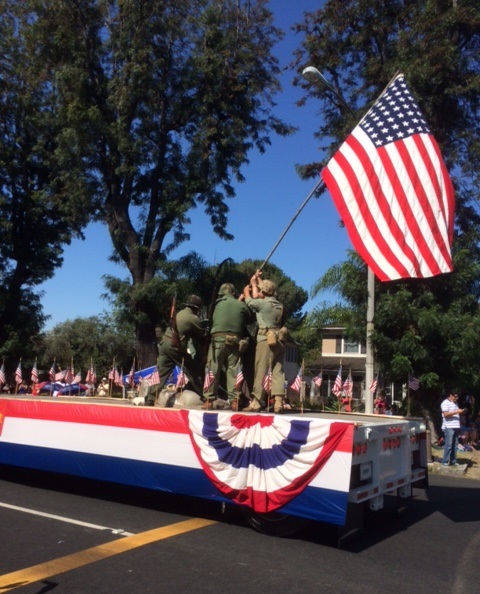 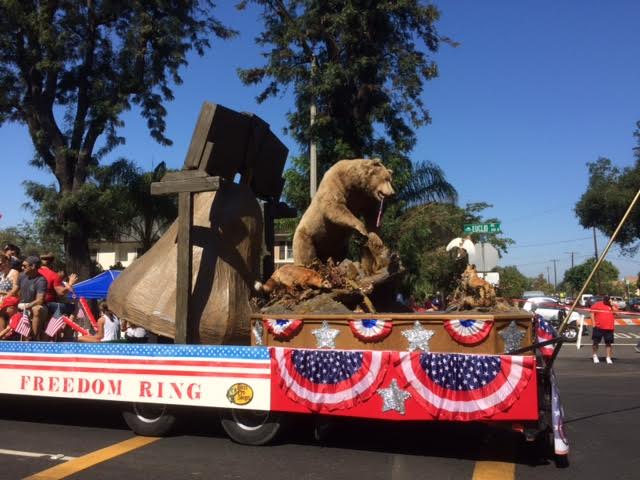 The back end of this float looked to me like the Liberty Bell meets Clifton’s Cafeteria. Speaking of bears, the entry below was not a promo for “Ted 2.” 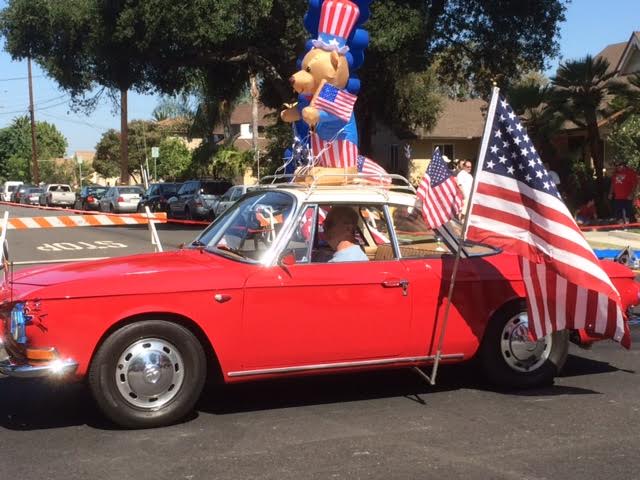 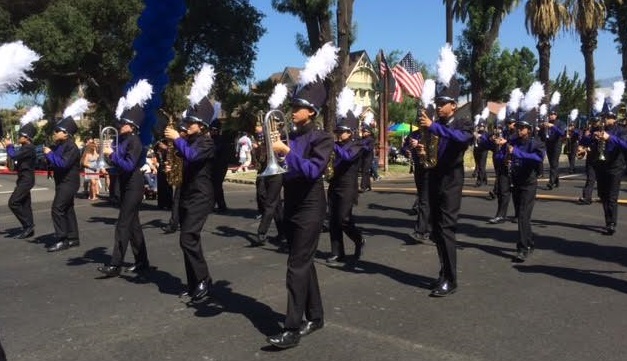 The Rancho Cucamonga High School marching band was resplendent in purple and black. As the school’s former principal for a day, I couldn’t have been prouder.

One of my favorite moments was the Shriners whizzing around in their signature tiny cars. No offense to Claremont, which puts on a great Americana parade, but they don’t have the Shriners. I shot a one-minute video of the action. Whee!