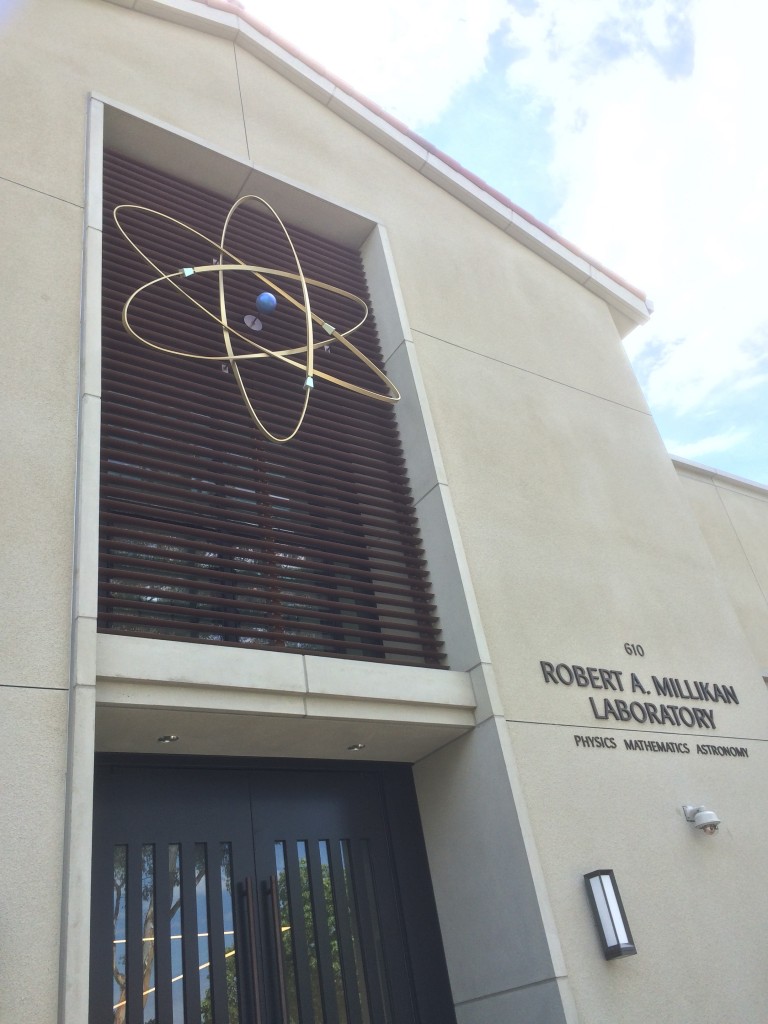 An atomic whirl that adorned a Pomona College science hall since 1958 is back with a new coat of paint after 18 months in storage as the building was torn down and rebuilt. Sculptor Albert Stewart crafted the piece for the opening of Millikan Lab and it’s added a dose of verve to the facade ever since. I write about the sculpture and the symbol, as well as the refurbished building, in Wednesday’s column.

Below is a view of the sculpture and building in 2013 by the college’s Carrie Rosema. Notice the piece is against a blank facade — the window is just one of the improvements. 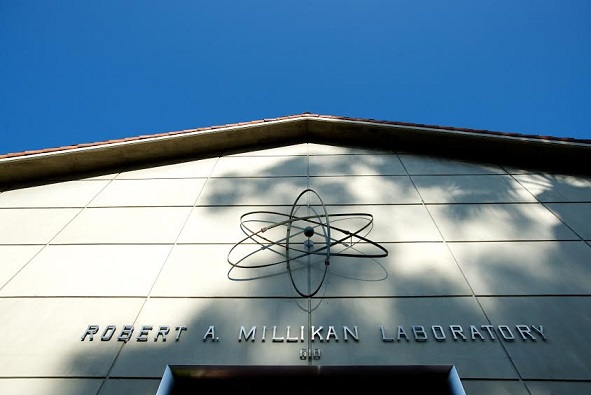 Below are Stewart’s two other sculptures across College Avenue, one illustrating mitosis, from the Seaver South biology building, and the second depicting particles, from the Seaver North chemistry building. (I’ll have to take everyone’s word for it.) All three are cited in Charles Phoenix’s “Cruising the Pomona Valley 1930 Thru 1970” guidebook. 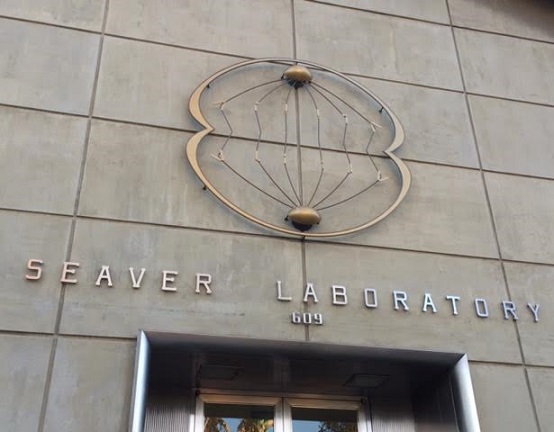 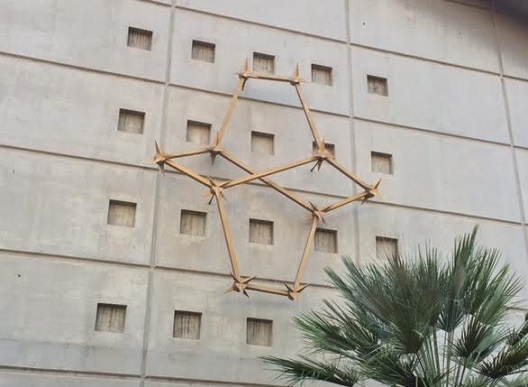