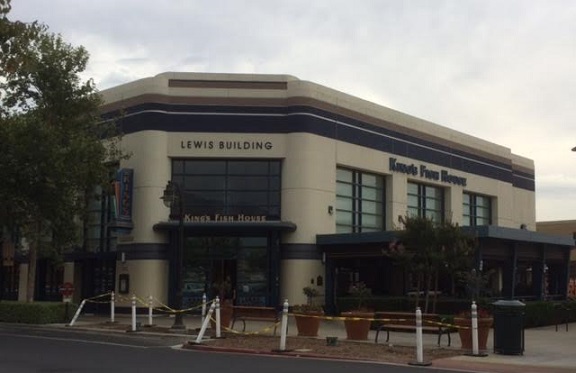 King’s is one of the original tenants from the launch of Victoria Gardens in 2004. It’s a chain with just 11 locations in Southern California, Nevada and Arizona, the nearest one being in Corona. I’ve eaten at the VG one a few times over the years, usually when someone else is buying. (I ate there once with my parents, for instance.)

An editor owed me lunch recently after losing a work bet and, wanting to pinch his wallet a little but not too much, I chose King’s.

It’s in a prominent place, on the corner where many turn for the parking garage, and there’s plenty of seating, including a bar and a covered patio. The interior looks the same as I remember it, vaguely Art Deco. They were having a lobster promotion and a salmon promotion too.

The menu has grilled seafood, a few sandwiches, salads and small plates, an oyster bar and even sushi, with lunch entrees running $14 to $24, dinner up to $30.

I got lobster bisque ($5.75) and cedar plank salmon ($21). The friend buying my lunch opted for fish and chips ($16.50). He liked his dish. The bisque was a bit sweet, as the server had warned, due to cooking sherry (ooh la la). But it was fine. Ditto with the salmon, rice and veggies. The glaze wasn’t my favorite. But then, the whole lunch was all the sweeter because I wasn’t paying.

Still, maybe I missed my chance by not getting filet mignon and lobster tail ($45) or at least dessert. I am merciful in victory. 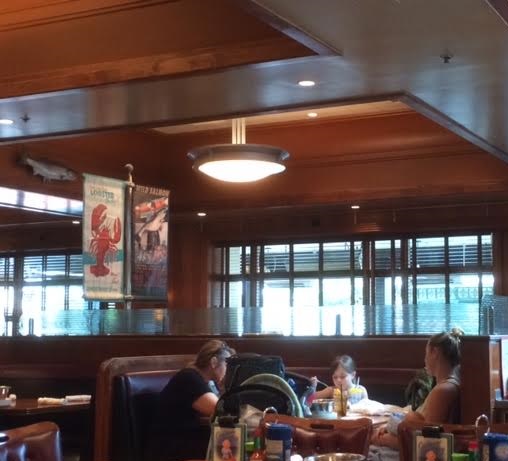 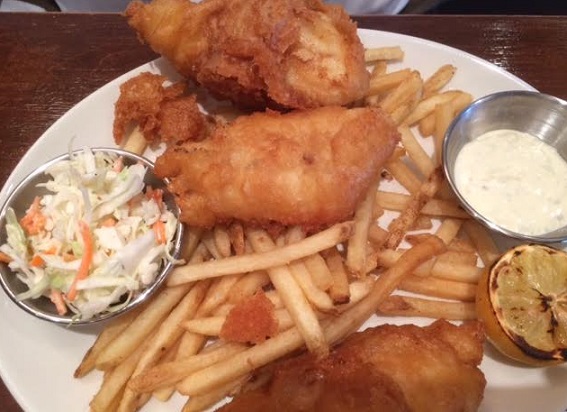 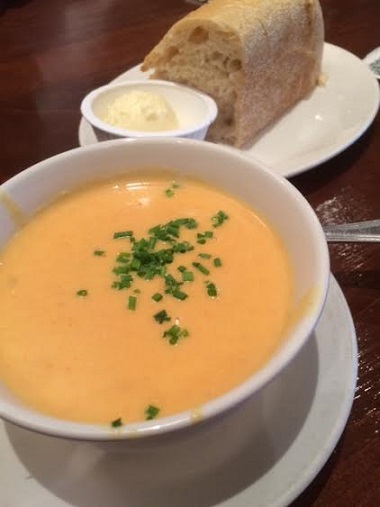 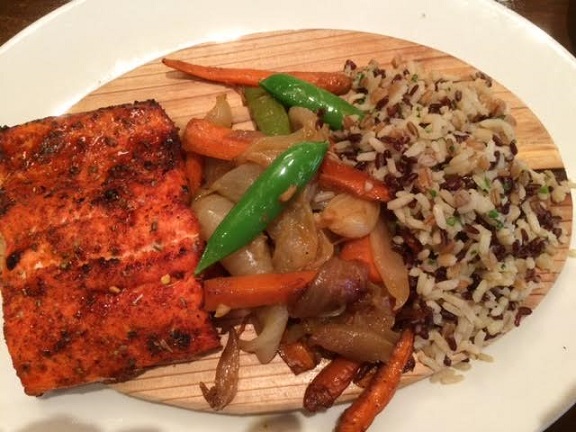