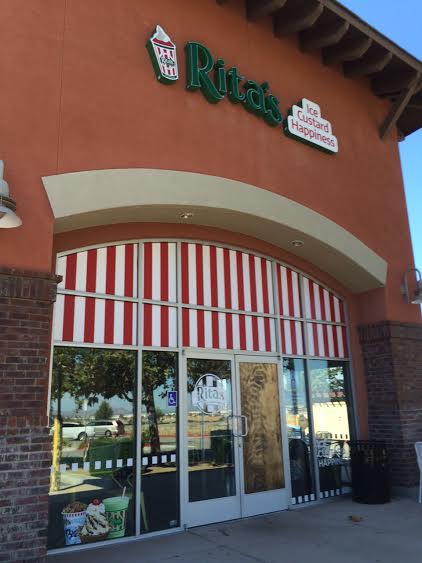 Rita’s is a Pennsylvania-based chain of 600 locations that recently opened one in the south part of Chino Hills. There aren’t many places around here to get Italian ice or frozen custard, its two specialties. For a break from Sunday’s 107-degree heat, I headed to CHills for some chills.

Rita’s is in a small center off the 71 Freeway with a Wells Fargo, Rite Aid and a handful of other stores. Inside, I was greeted promptly, by the manager no less, who asked if I’d been to a Rita’s before. I hadn’t, so she gave me the spiel about the menu and product. They have a dozen flavors of Italian ice at any given time, made fresh daily. They have frozen custard usually, except due to bird flu, they have only one flavor (I think); the others are soft-serve ice cream.

You can see the daily menu of flavors on the website. That day the ice flavors included cotton candy, birthday cake, root beer, margarita and blue raspberry.

I ordered a Gelati, which is part ice, part custard (or ice cream), choosing blood orange ice with orange and vanilla twist ice cream (large: $4.79 with tax). The large size was more than I needed, as it turned out, but it was an excuse to stay there and enjoy the air conditioning. There was a layer of ice cream on the bottom, a middle layer of Italian ice and another layer of ice cream on top. The flavors paired well.

They have another combo, the Blendini, which is ice, custard and a mix-in, and a beverage called the Misto, which is the Gelati put through a blender.

On Yelp, some people prefer Frostbites, a similar shop in Chino that has Italian ice, custard, sorbet, ice cream and more. Well, I’ll have to give that a try too. On a brutally hot day, though, Rita’s hit the spot.

* Update: I returned the next week for a Misto ($4, bottom) at reader Eric’s suggestion. Among the ice flavors this time: green apple, horchata, mango and iced coffee. I combined a root beer ice with vanilla ice cream for a sort of root beer float slushy — and what part of “root beer float slushy” doesn’t sound good? On another blazing day, it hit the spot. 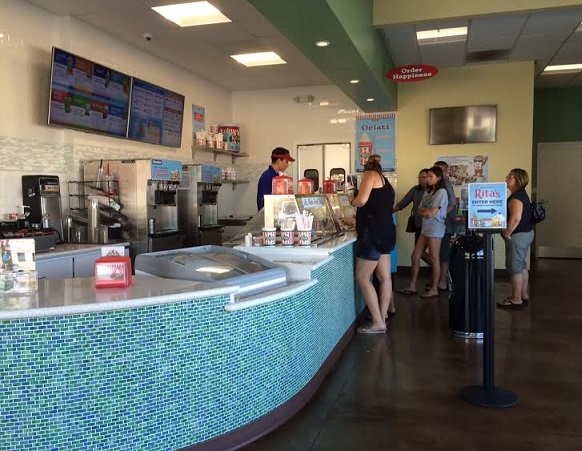 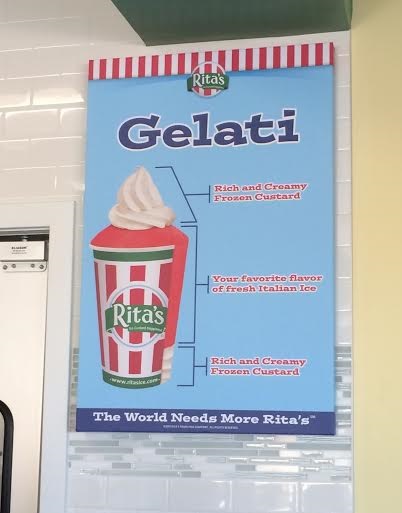 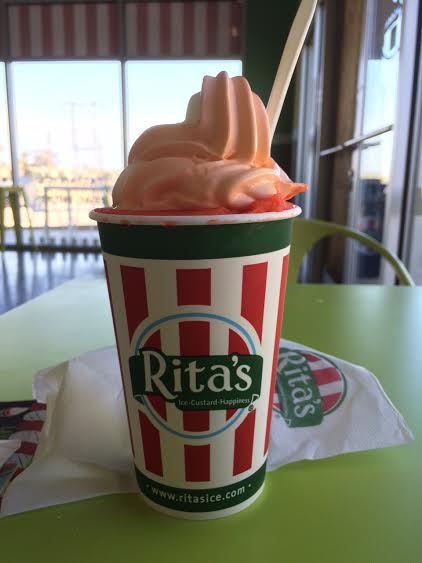 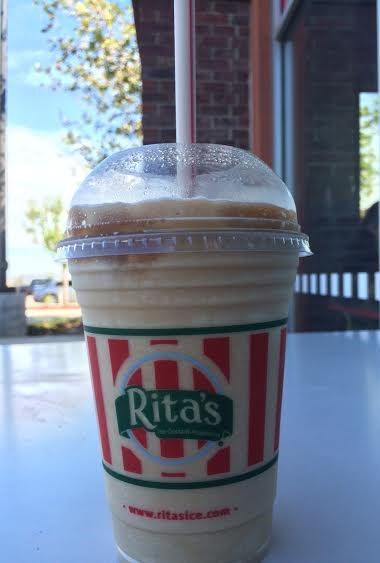