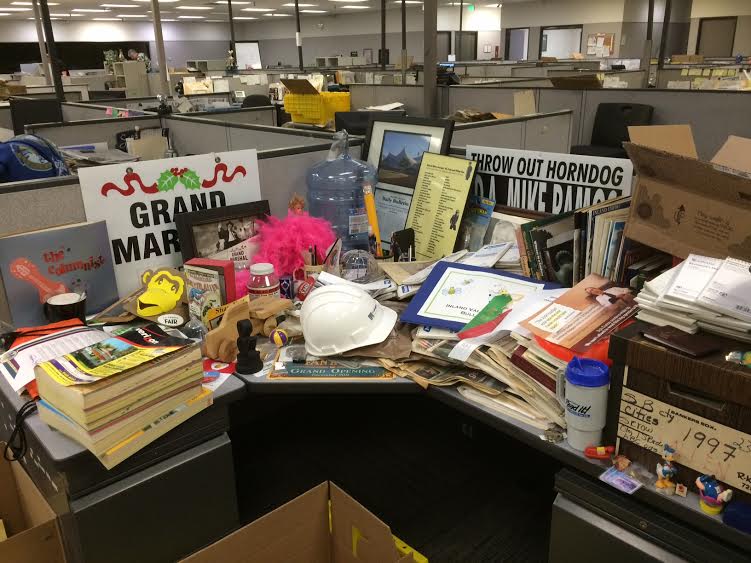 Having cleared off much of my main desk on Friday, on Monday afternoon (after writing much of Wednesday’s column, because deadlines never stop) I tackled my second cubicle, on which I keep various tchotchkes: commemorative items from local events, strange gifts and the like. See above.

Newsroom types call it Dave’s Museum and suggest I put up velvet ropes and charge admission. They also suggest I organize it, which I never made time to do.

And now I have to pack it or toss it. I’m doing a little of each. I tossed two military Meals Ready to Eat that someone gave me. I tossed a Debbie Acker real estate ad that described her as “a name you know and trust.” I tossed a couple of Mike Antonovich’s famous Christmas cards.

And, with some heartburn, I tossed all my Daily Bulletin reporter notebooks, the ones I take on assignment and use at my desk, going back to around 2002. All along we’ve been officially discouraged from saving notebooks, but I kept mine, and a couple of times they came in handy, including earlier this year, when I found my interview notes with Archie Wilson from years ago. (Shockingly, I found them within about one minute.)

By and large, though, the notebooks just take up space. Unless I have a change of heart and rescue them from the trash bin, they’re gone too.

But most of the tchotchkes will be moved. Including the ampersand. And the Festivus pole. 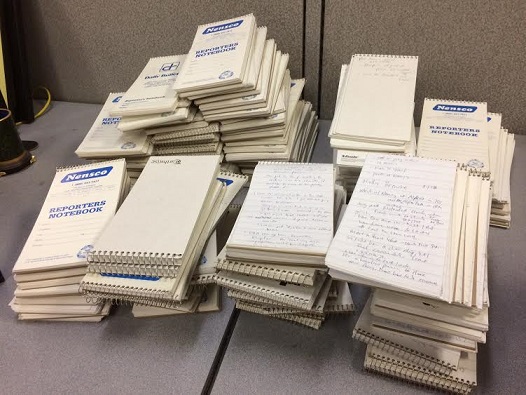