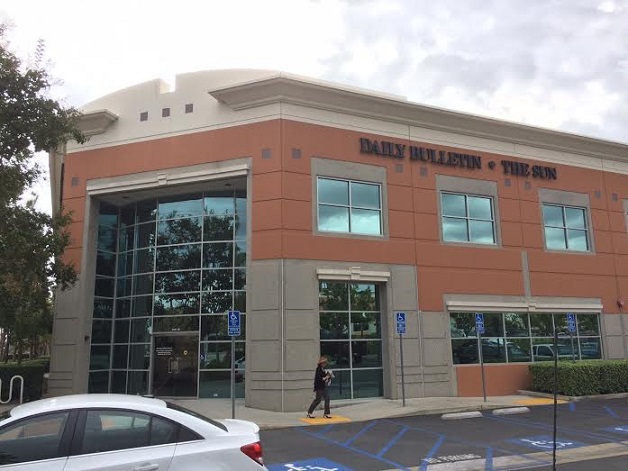 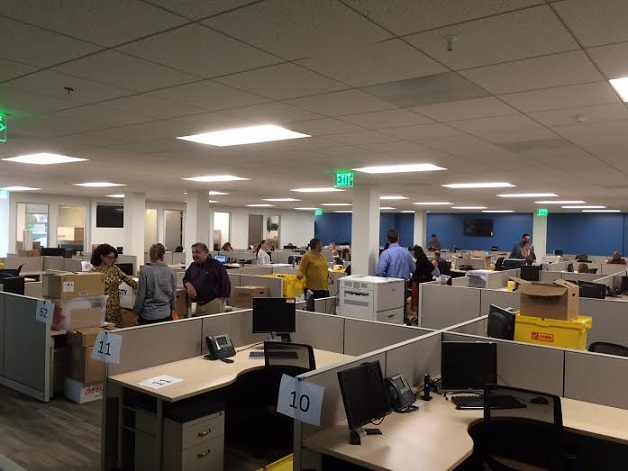 Monday is our first day in our new office, 9616 Archibald Ave. in Rancho Cucamonga. Boxes are everywhere and people are getting oriented, getting their computers hooked up and unpacking. 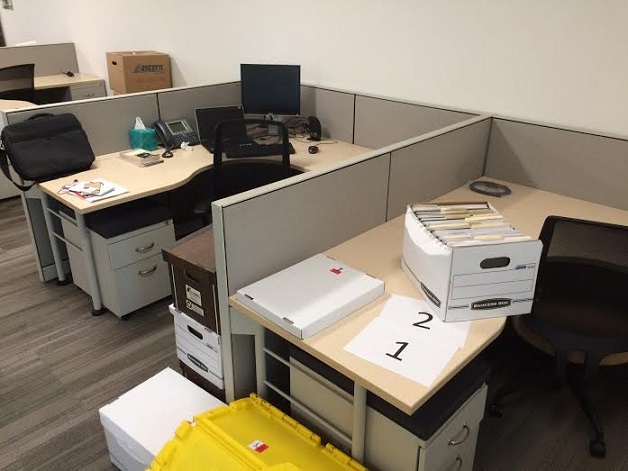 As with our old office, I managed to get two adjoining cubicles: one for storage and memorabilia, the other for work. At this point, they’re still virgin territory, a blank slate on which to write. 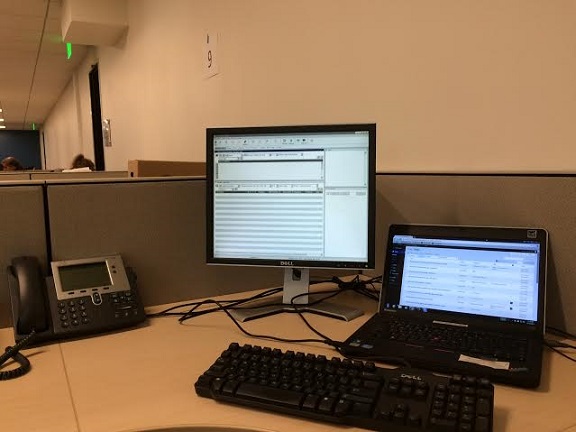 We use laptops, technically, but for office use hook them to a standard keyboard and monitor. It may seem confusing, but it’s simpler to have various Internet windows on one screen and my column (or, for reporters, their story) on the other. This is the view from my chair.

If I turn around, though, there’s a window onto Archibald. Our old, bunker-like office infamously had no windows. Our new office is a clear win in that regard. 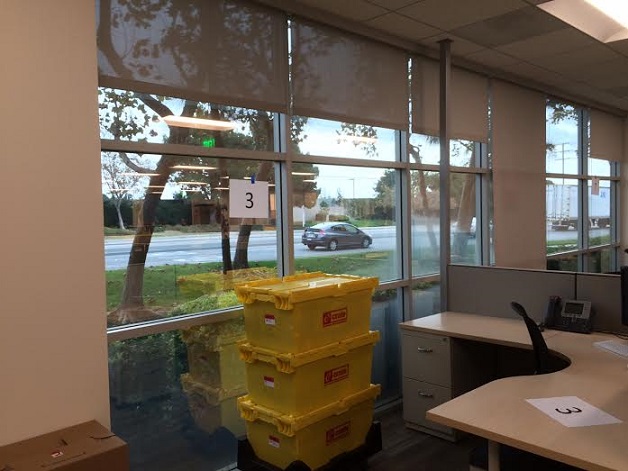 We’ll have an open house in a few weeks once we’re settled in but before it goes to seed.