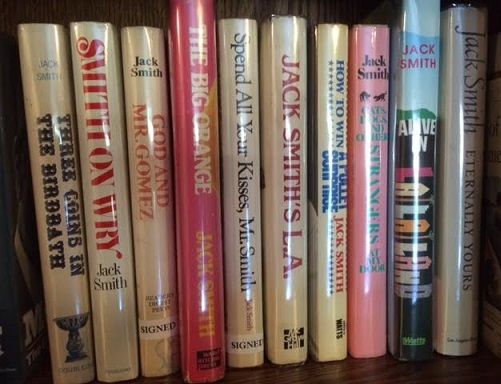 Jack Smith, the LA Times columnist who died in 1996, is still spoken of with reverence among those who recall his insightful observations, gentle humor and lively prose. I missed him in his prime but am catching up on his books. I own them all and have read half so far, spacing them out to one per year. (I also wrote his Wikipedia entry a few years back.) 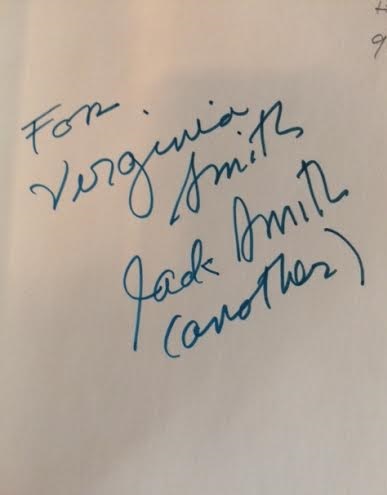 All 10 were purchased at used bookstores, and as signed copies are relatively easy to find — the man must have done a lot of bookstore events — I’ve bought only signed copies, except for his last, posthumous book, of course. Many have a short inscription to the buyer as well. The one above is so simple and witty. 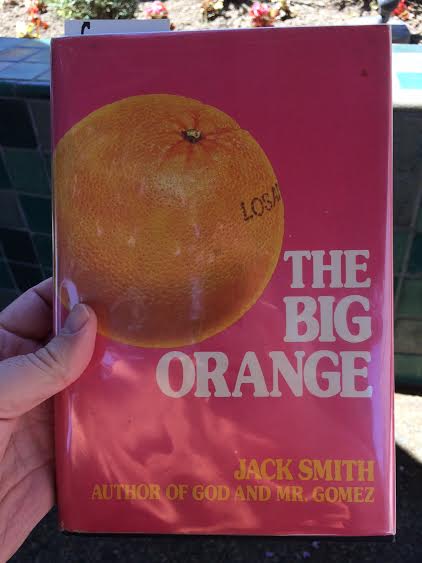 At the late, lamented Acres of Books in Long Beach, perhaps six or eight years back, I had my choice of two copies of “The Big Orange” — one that was signed traditionally, and one that had something better. 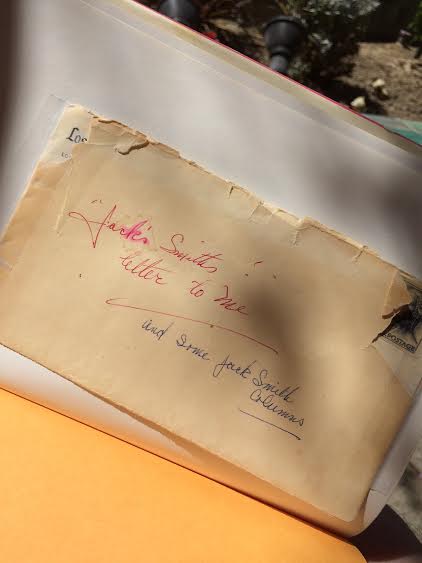 “Jack Smith’s letters to me” reads an envelope taped inside, “and some Jack Smith columns.” 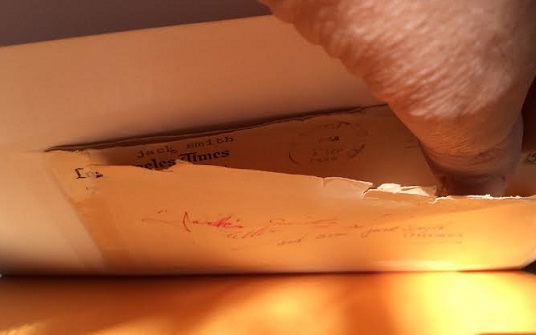 Evidently the book belonged to one Constance Gramlich. Inside the envelope is a postcard and a letter, each addressed to her. 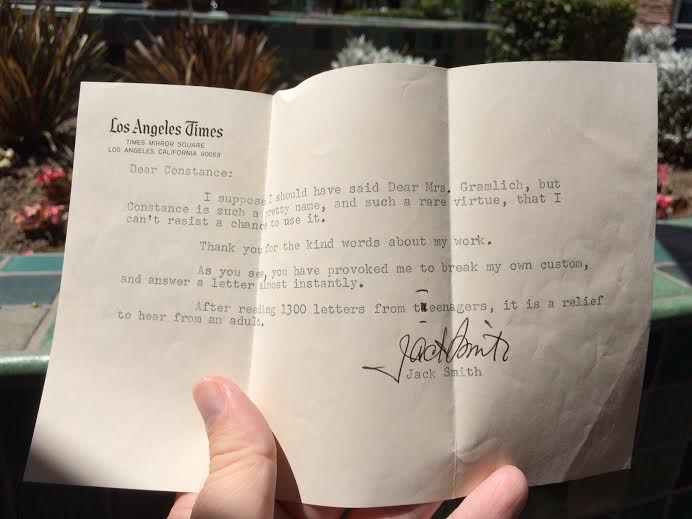 The letter came first, postmarked Sept. 7, 1966. Evidently Smith had recently written about student letters for the column that Gramlich was commenting on. It’s a great little letter, and Smith, in print an inveterate flirt, does not disappoint here, either. Click on the letter for a larger view. 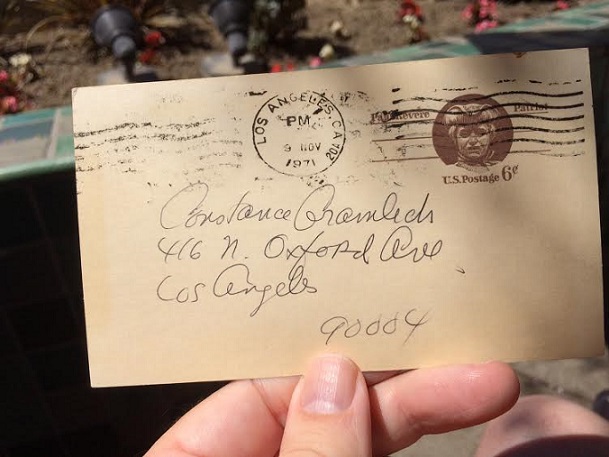 Four years later, Gramlich received a handwritten, but more terse, reply from Smith, who it seems had been laid low by illness. The date is Nov. 9, 1971. 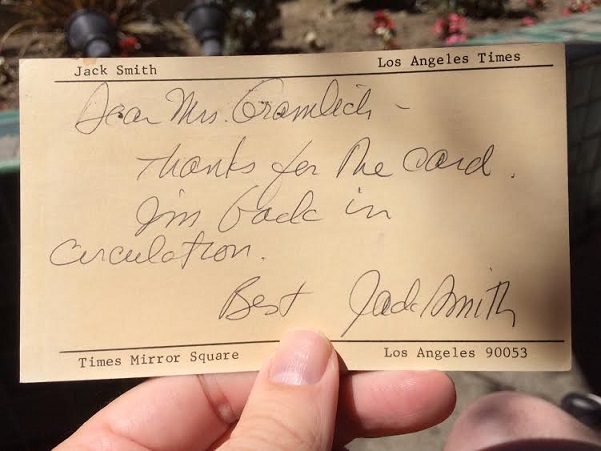 Alas, the columns Gramlich had saved — perhaps the ones that inspired the letters? — were not in the envelope. But I treasure my very own Jack Smith correspondence.