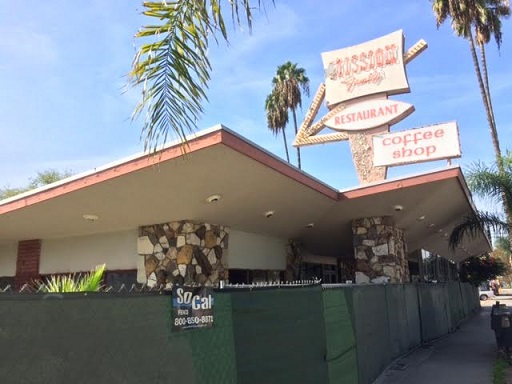 The late Mission Family Restaurant in Pomona is another example of modernist architecture cited in the Pomona Valley listing in Alan Hess’ survey “Googie Redux,” one of only 10 from the area.

The restaurant on Mission Boulevard and White Avenue opened on Feb. 16, 1958 as Hull House, with features including seating for 156, a full-width front window, air conditioning, “distinctive lighting fixtures” and murals by Paul Darrow, according to a Progress-Bulletin story on its debut. The coffee shop was originally open from 6 a.m. to midnight daily.

Owner Mel Hull also had a Hull House at 201 N. Garey Ave. that opened in 1946 and Mel’s Drive-In on Holt at Palomares from 1951. Tile inside the Mission location features a design subtly incorporating “HH,” and one private dining room was labeled “Jury Room.” The courthouse is only a few blocks east and lore has it that jurors on sequestered cases were sent there for lunch. 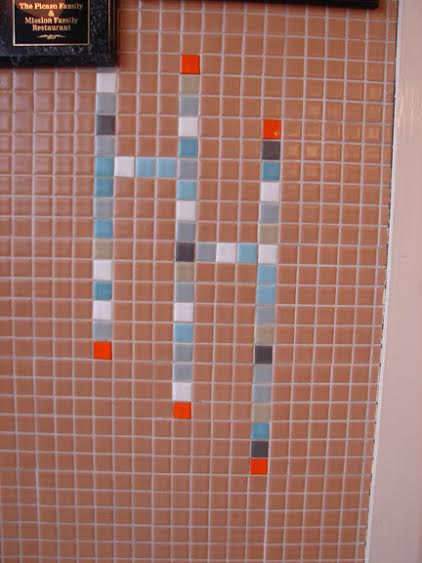 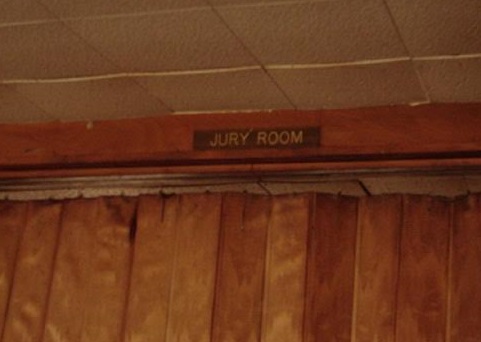 Two photos immediately above by Ren; others by me

In 1971, under the Warren family, Hull House became Mission Family Restaurant and initially boomed. By late 2013, down at the heels, it was set to close. During a last breakfast with me, preservationist John Clifford speculated that the Darrow murals were hidden behind wallpaper. He said the dimensional wall tiles were made by Pomona Tile from designs by the famed Saul Bass.

“It’s dingy, but it really does have that essence of the ’50s,” Clifford said. He said the Mission was an example of Space Age architecture. We noted the orange, if lumpy, banquettes and the counter’s swivel seats, which attach to the counter itself rather than to the floor, allowing for easy dusting or mopping underneath.

Outside, Clifford and I chatted with two customers. Rebecca Kavanagh had been eating there almost from the start and as a teenager worked across the street at Taco Lita.

“This used to be Hull House. Oh, it was something,” Kavanagh, then 74, said. “I don’t think they’ve changed much of anything. It looks exactly the same.”

Her friend Rachel Nuno said, “We used to go dancing at Rainbow Gardens and come here for breakfast. It was open 24 hours.” 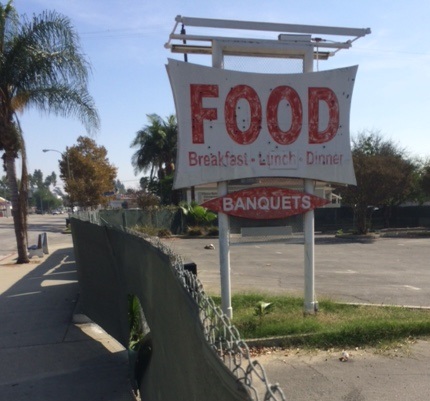 I always cracked up at the sign marking the entrance to the parking lot. Just in case you wondered what they served.

The Warren family, its landlords, closed Mission Family in anticipation of a sale to a developer who was going to bulldoze it in favor of a McDonald’s and more; the restaurant and parking lot occupy the entire block. History buffs objected. The deal fell through. But the property has since been sold.

At this point the restaurant sits behind green construction fencing, forlornly. The sloping roof, stone pillars, broad windows and eye-catching roof sign all combine in a pleasing way. Somebody rescue this place!

Update: Preliminary plans call for remodeling the restaurant for retail or restaurant use but retaining “the characteristic features of the building,” according to the Community Development Department. A second building would be constructed elsewhere on the lot. The Planning Commission may get the plans next spring. 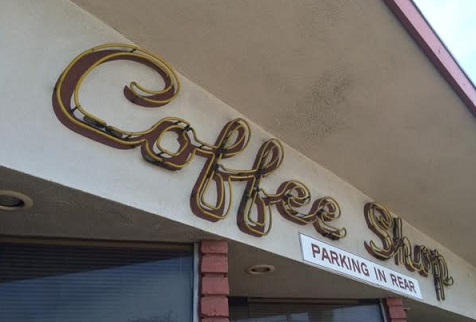 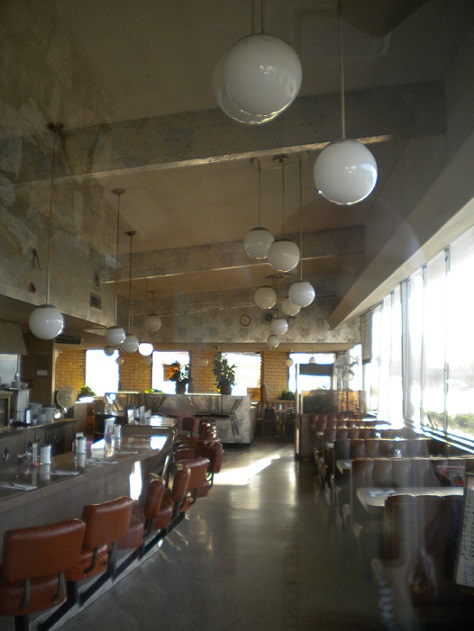