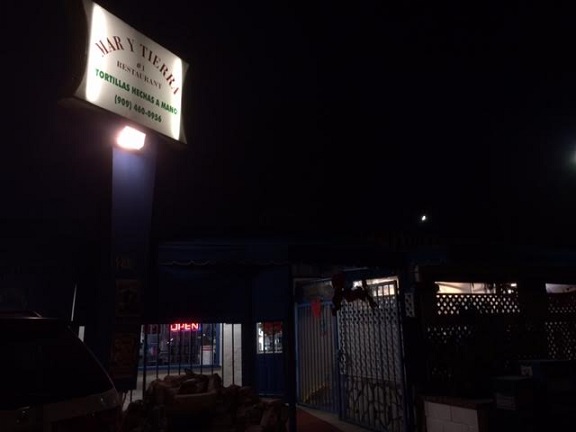 There’s a Mar y Tierra on Euclid near Chino that I pass now and then, and which a friend recommended years ago. Or was he praising the Mar y Tierra on Mission, only a couple of miles away, which I discovered via Google when searching for the address to the one I knew?

Either way, I made plans with a friend to meet up, and at the one on Mission, as its blue paint scheme and more expansive size made it look more like the one to visit. It’s got an interesting layout: You walk in past a large covered entry to find yourself almost in the kitchen; a few tables are nearby, and then there’s an L-shaped seating area technically outdoors but almost entirely enclosed. 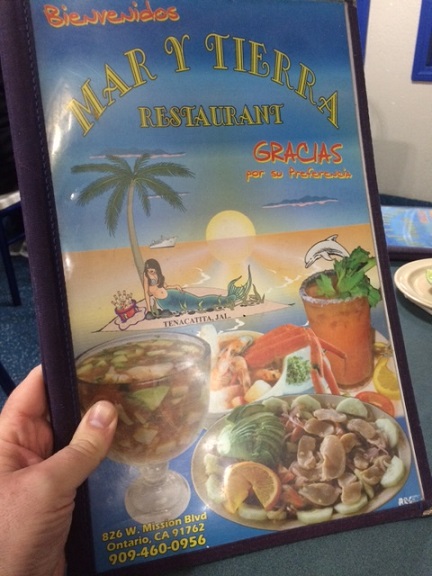 According to the sign, this is Mar y Tierra No. 1. And for the record, Mar y Tierra translates as “Sea and Land” and is the equivalent of surf ‘n turf. The menu is heavy on seafood — shrimp, oysters, octopus, lobster — while also offering tacos, burritos, soups, breakfasts and combination plates, many with meat. The menu’s cover depicts a mermaid on a desert island.

I ordered the house special, pulpo, or octopus, “Mar y Tierra style” ($13); asked if I’d like shrimp as well, I said sure. My friend, who apparently has an eye for bargains, had the ceviche de tiritas de pescado ($5.50). 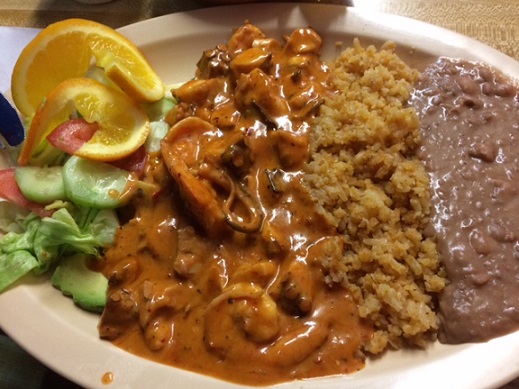 Mine came with shrimp and chopped octopus in a spicy sauce, plated with rice, beans and salad, tortillas on the side. It was a little spicy for my tastes, which is more a reflection on me than the dish, but was otherwise good. The ceviche was very good, lots of lemon, and with tostadas for dipping. 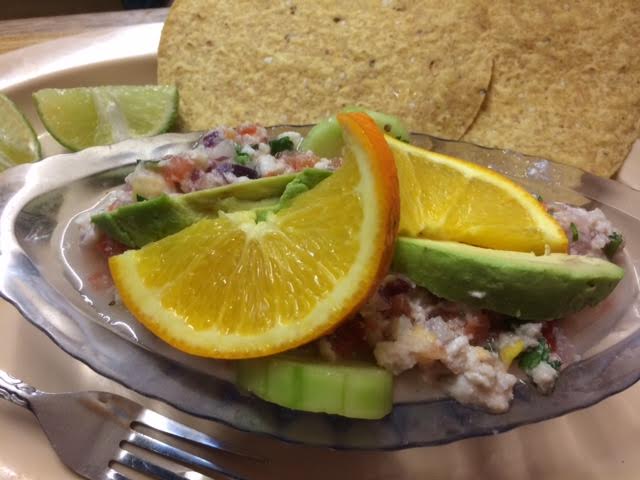 The Euclid location is smaller and entirely enclosed. “I like the vibe of this one,” my friend said approvingly of the Mission location. Me too. 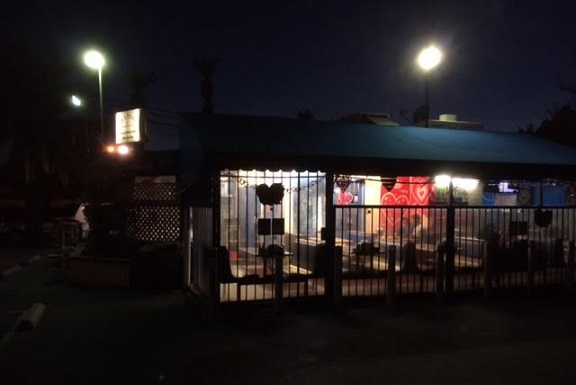