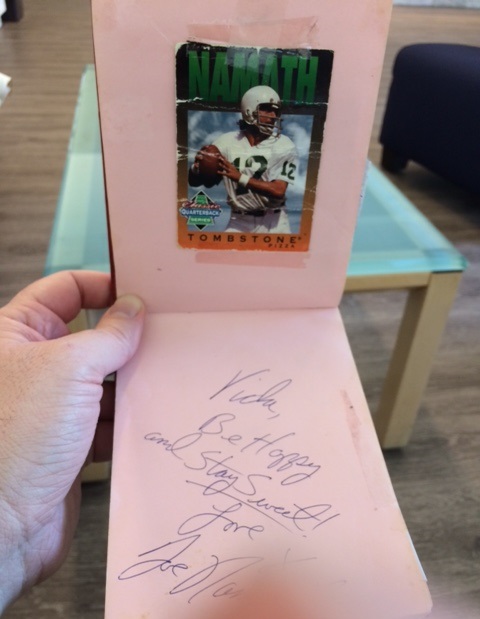 A woman named Davida Lawson of Fontana brought a keepsake into our office to show me: an autograph book in which she had signatures of 13 players or staffers with the 1977 Los Angeles Rams. Among them: Joe Namath (above) and Pat Haden (below). She also got Rusty Jackson, Rod Perry, John Williams, Willie Miller and more.

She and her fiance were living in Fullerton as he studied and worked in the cafeteria at Cal State Fullerton, where the Rams had their training camp that year. Players and staffers ate in the cafeteria and signatures were obtained.

“Pat Haden was so good-looking back then,” Lawson said. And she was charmed by Namath, who was in his first season with the Rams, at the tail-end of his career; by the season’s fourth game, he was done.

The Rams are headed back to L.A. — as you may have heard. 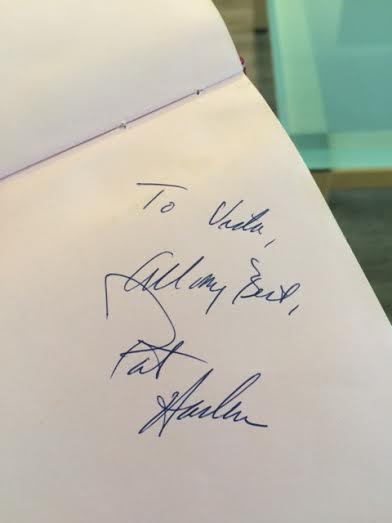