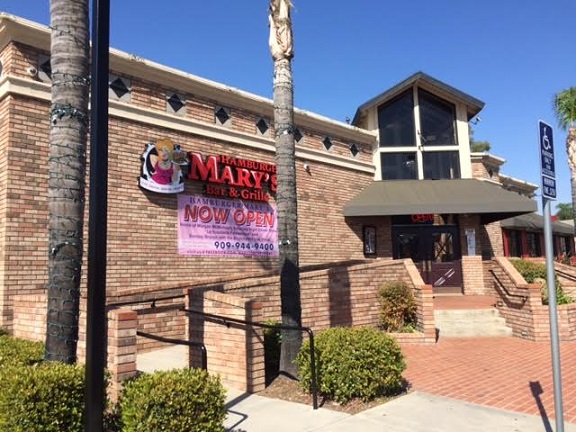 The existence of a Hamburger Mary’s in Ontario may say something interesting about the Inland Empire market. The gay-friendly chain has locations in West Hollywood, San Francisco, where it started, and Long Beach — and, since August 2015, Ontario. (As well as a few other metro areas around the country.)

Ours is near the 10 Freeway off Inland Empire Boulevard, a little east of Haven and within hailing distance of Benihana. It’s a restaurant with a full bar and, most nights, drag shows or other entertainment. Like I said, it’s something relatively unusual in these parts.

Uninterested in drag shows or bars, I met a friend there for a sedate weekday lunch after a local restaurateur told me the burgers were amazing. The restaurant interior resembles a Marie Callender’s and was quiet for lunch, evidently not the case in the evenings.

It’s worth noting that upon our entrance, two employees by the greeter station continued their conversation without acknowledging us — we must have arrived at an inopportune time for them — but a server hustled over to seat us.

The menu has appetizers, soups, salads, sandwiches, wraps and, naturally, burgers, which can be ordered as ground chuck, chicken, turkey, ahi tuna, salmon or black bean vegan. I got the Meaty Mushroom Burger ($13), my friend had the chipotle chicken wrap ($10). 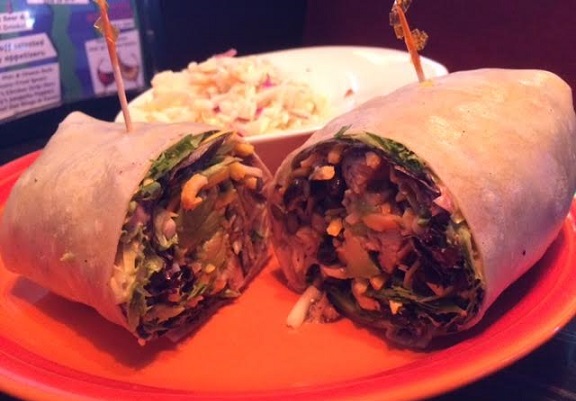 The wrap (grilled chicken, mixed greens, cheddar jack cheese, black beans, avocado and dressing), with a side of cole slaw, was deemed acceptable. “It’s hard to get excited about a chicken wrap,” my friend admitted.

My burger (half-pound ground chuck, grilled mushrooms, cheddar and jack, lettuce and tomato) was very good, and a little messy. The bun didn’t seem firm enough; after cutting the sandwich in half, I had to eat each half fairly quickly to hold it together. The seasoned fries as my side were above average. 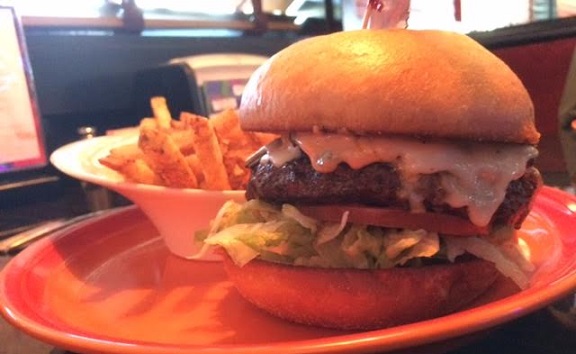 Mary’s has a bar island in the middle, a few sofas besides all the booths and tables, and kitschy decor that includes photos of Marilyn and Audrey Hepburn, posters from “Casablanca” and “Attack of the 50-Foot Woman,” stuff like that. The bill arrived in a high-heeled shoe. Heh.

Hamburger Mary’s was all right, and it’s got arguably the best burger in Ontario (but not the Inland Valley). It’s not really my kind of place, I don’t think, but it might be yours. 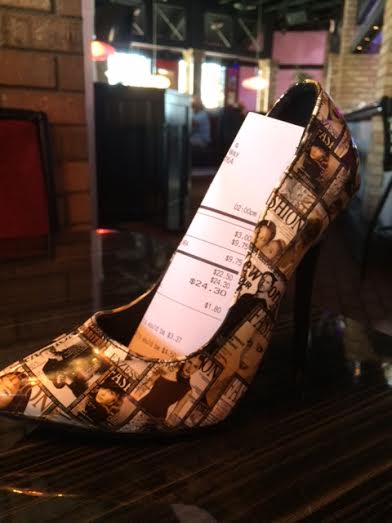