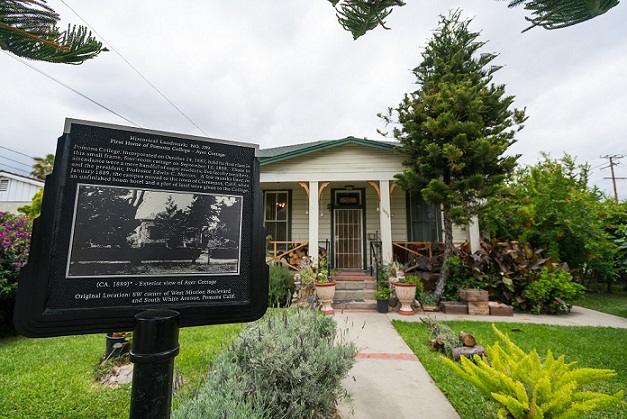 Pomona College really was once in Pomona rather than Claremont — if only for one semester in 1888. The original campus was a single house on the corner of White Avenue and Mission Boulevard, later moved to a residential neighborhood. (The original site is now a taqueria, with a plaque out front noting its place in history.)

This was all explored in my column in 2012, on the 125th anniversary of the college’s 1887 founding. College president David Oxtoby and I had lunch at Angelo’s, then located the house with the aid of the college’s unofficial historian, Don Pattison. It’s at Phillips and Hamilton boulevards in south Pomona.

Homeowner Maria Barajas welcomed we three strangers inside and was delighted to learn about her home’s history. Ever since she’s been seeking some kind of historic recognition.

Now she has it: a plaque in her front yard courtesy of the college, denoting her house as City Historical Landmark No. 289.

I see from that 2012 column that when we arrived, Oxtoby remarked lightly, “I don’t see a plaque.” That won’t be the case if he returns. 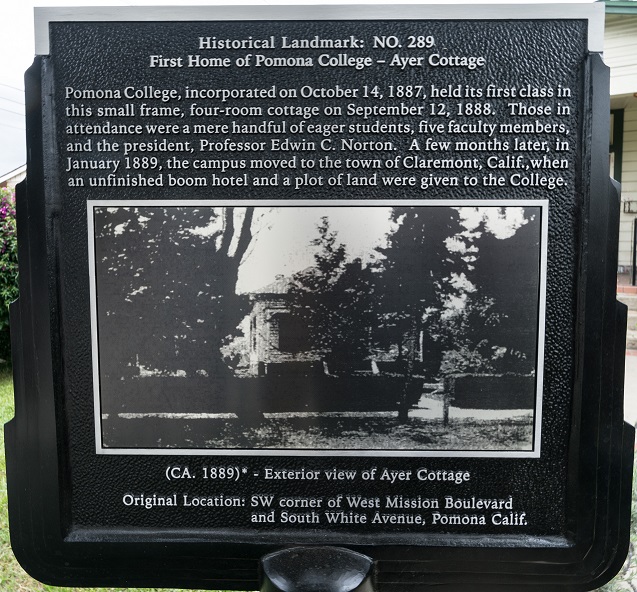