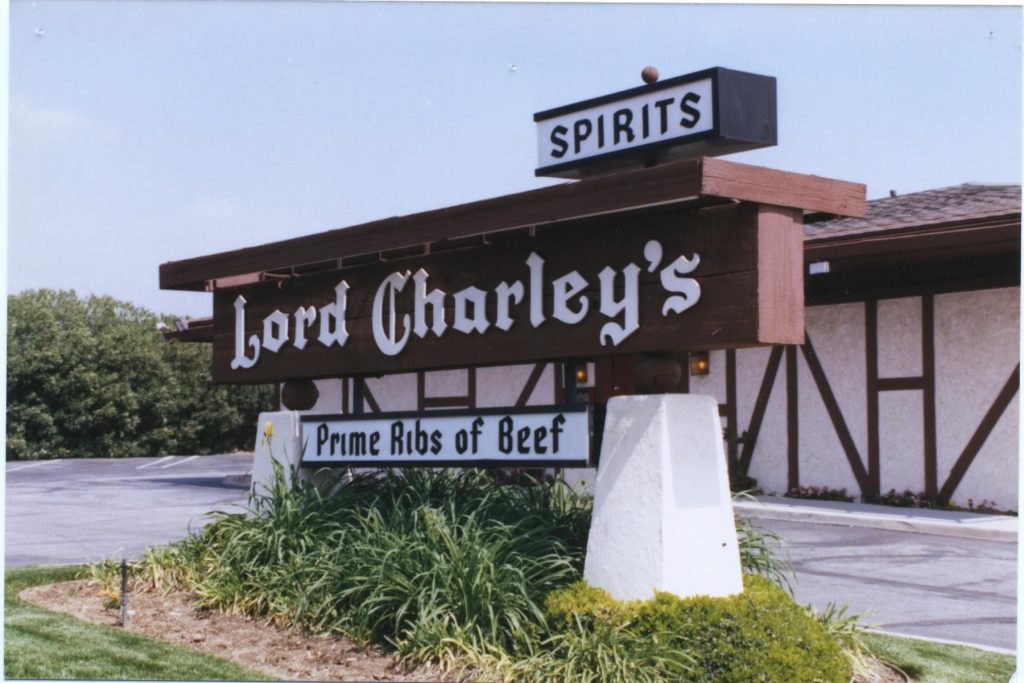 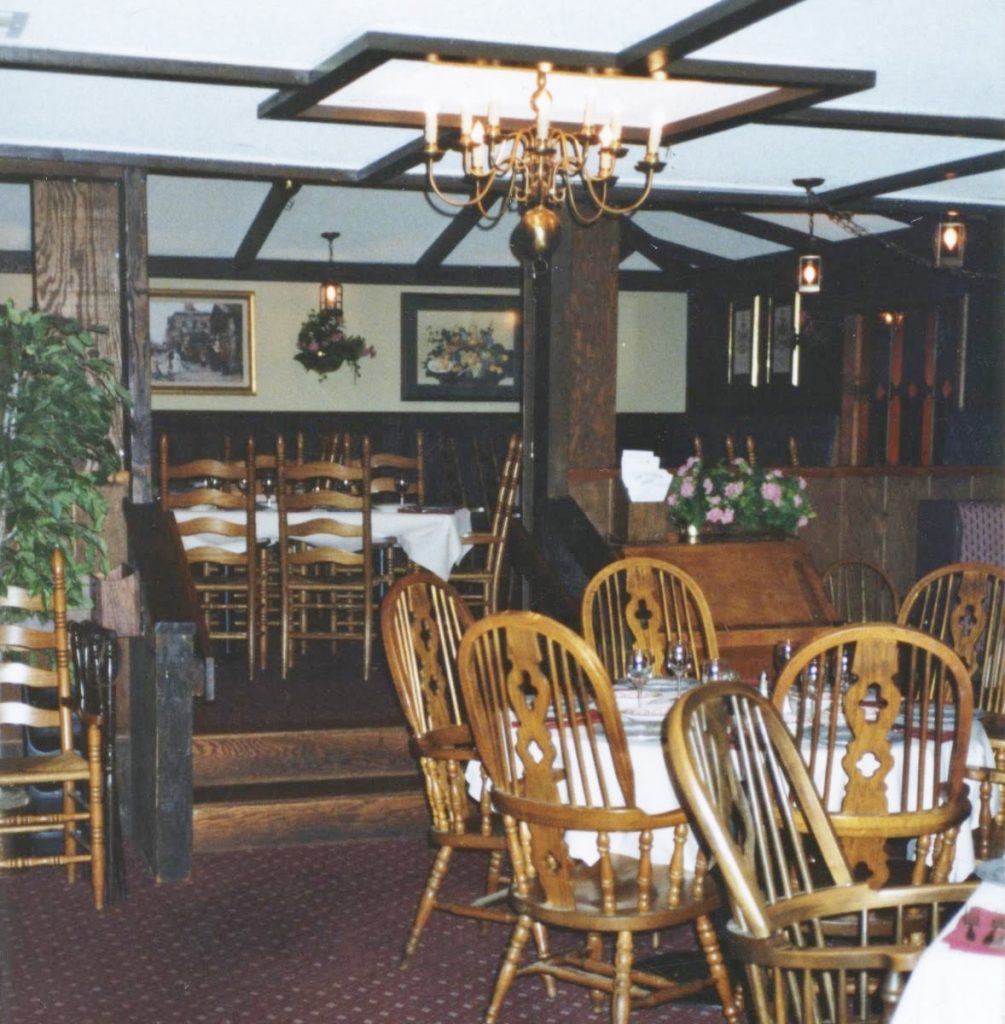 Above and below, two views of the dining room. Linda Keagle says: “The rock fireplace was originally part of the old Matteo’s Italian restaurant. That building was torn down in the ’60s and the second generation of the Matteo family rebuilt the present structure around the old rock fireplace. We took over the location in 1971. The fireplace was open to both the dining room and the bar and was a major part of the ambiance.” 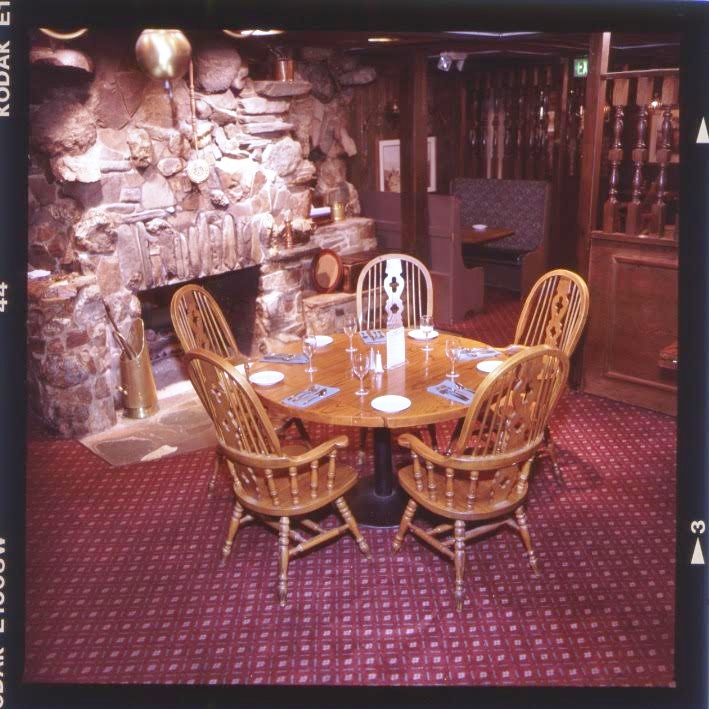 Linda says of the above photo: “This particular table was the ‘family table’ for the Keagles. There were six chairs at the table when we dined there, the two of us and our four young kids. By the way, we were all present when we closed the restaurant in January 2002. Lots of wonderful memories of dinners with our family and our friends.” 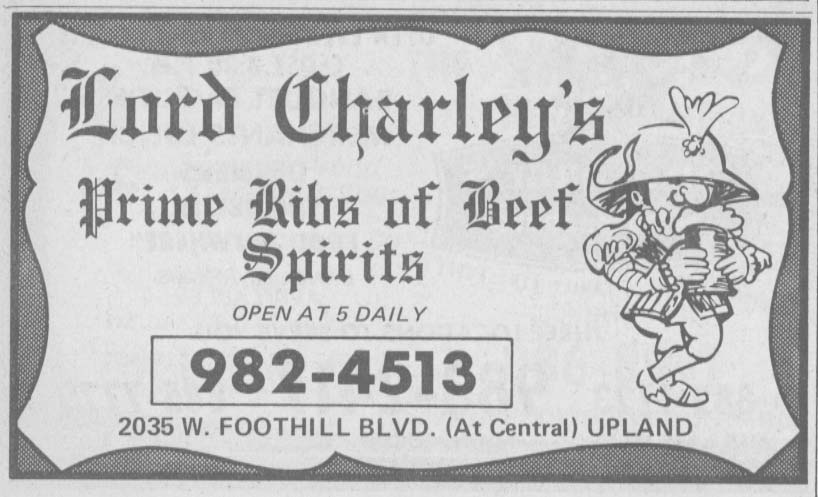 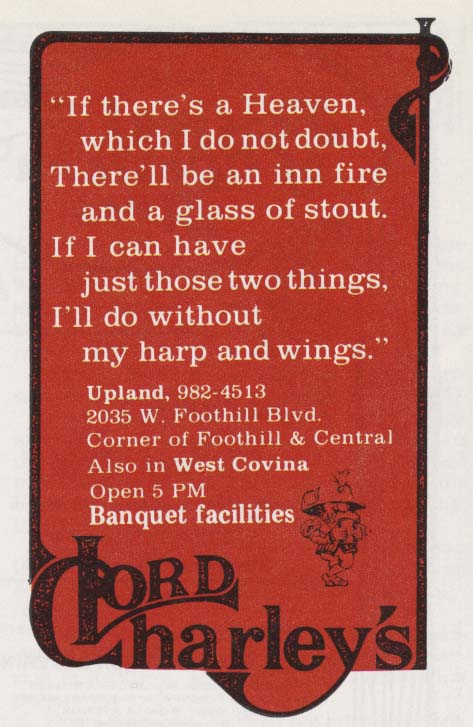 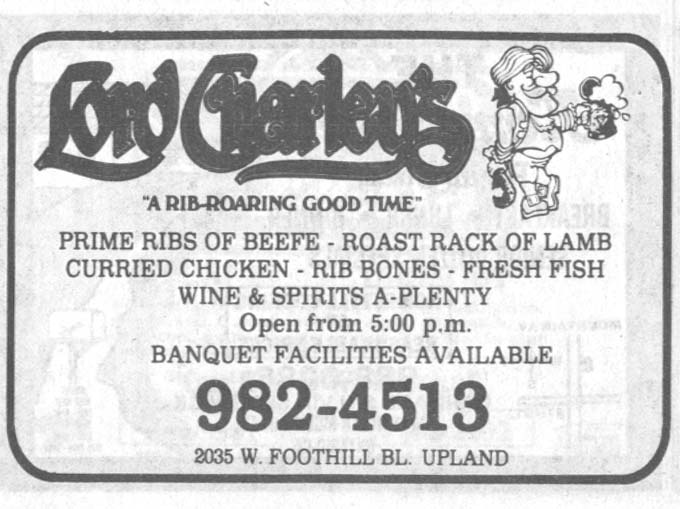 The ad above appeared in 1982. The English lord is now going hatless. And he’s eating as well as drinking. 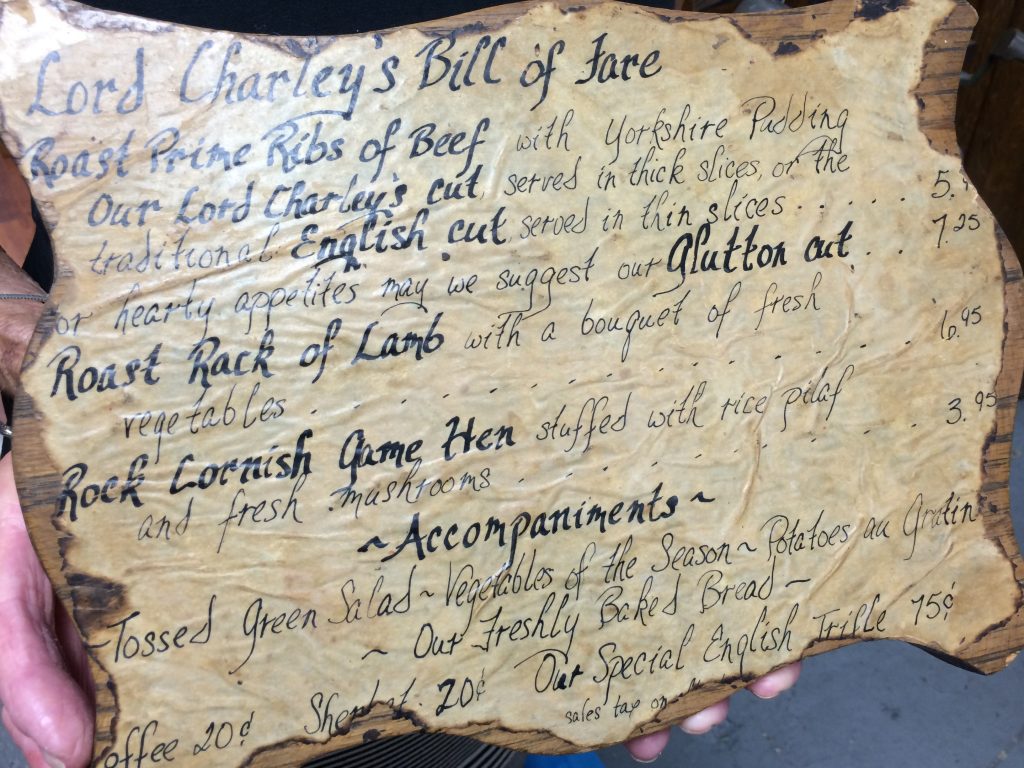 Linda brought a menu to show me, mounted on oak.

Did you ever eat at Lord Charley’s or Charley’s Pub? What do you remember?