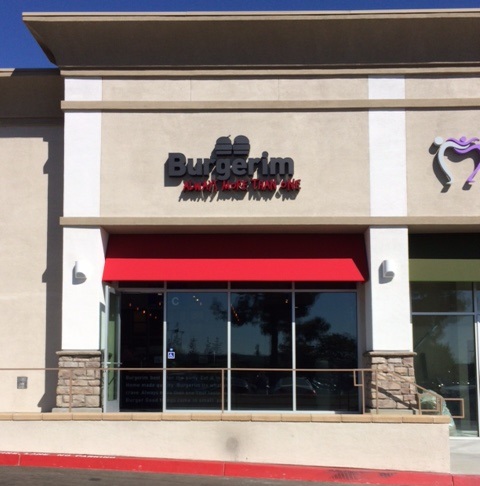 “Always more than one” is the motto of this burger chain, a sort of modified Lay’s slogan, and that’s because they specialize in “mini-burgers,” sold in twos or threes rather than individually. They’re a little bigger than sliders but smaller than a regular burger.

Burgerim opened last month in Montclair in that new center by the 10 Freeway with another burger joint, Original Tommy’s, plus a Dickey’s, Creamistry and more. The name, Burgerim, is Hebrew for “many burgers” and is traditionally pronounced “burger-eem,” although they’re saying it “rim.”

It’s a worldwide chain with 200 locations in 16 countries, based in Israel, but there’s only one other one in Southern California. (It’s in Hollywood, with Montclair being the obvious next step *cough*.) More are said to be coming. I wonder what their supply chain is like; maybe everything is airlifted in and dropped by parachute. 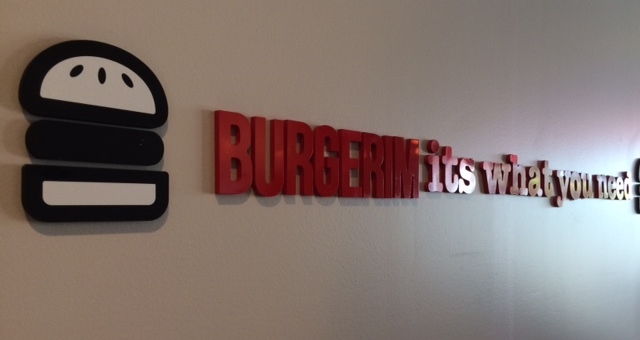 I was invited to a media preview event before the grand opening and thus got my meal free, for the record. (Regulars will recall that I pay for my meals out of my own pocket and never identify myself.)

There are 10 types of burgers including beef, turkey, lamb, chicken, chorizo and salmon. A duo is $10, a trio $13, and come with fries (regular, sweet potato or home) or salad plus soft drink; a la carte is $1 less, onion rings are $1.50 more. Burgers come with lettuce, tomato, onion and house sauce, and for 50 cents each you can customize it with nine toppings: egg, cheese, bacon, etc. The menu also has three non-burger sandwiches, four salads and three desserts, plus beer and wine and a Coke Freestyle machine.

The interior is different than a typical fast-casual place: Edison lights, a three-sided counter/bar and then tables and booths along the walls. 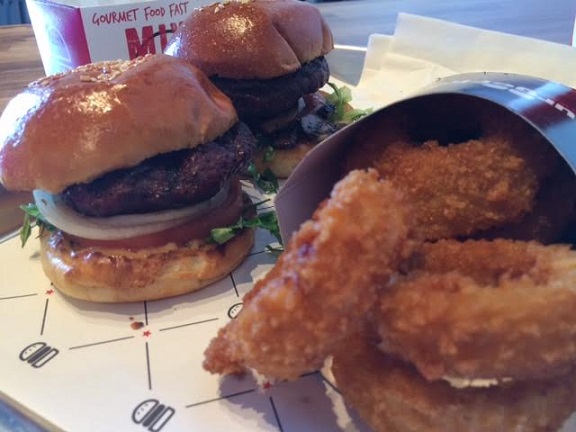 I got a Wagyu with mushrooms and a merguez (a spicy beef) with cheddar, plus onion rings. (So, typically $13.50: $1 extra for Wagyu, $1 extra for two toppings and $1.50 extra for rings.) The sandwiches arrive in a cute box and on seeded buns. The sandwiches are tidy, the patties tightly packed, and at 2.8 ounces, two made for a satisfying meal. The kitchen forgot the cheddar, by the way, but as I hadn’t paid 50 cents for it, I didn’t send it back.

I suspect that few, including me, would be able to discern the difference between beef, Wagyu beef and dry-aged beef, to name three of the choices, but you’re welcome to try. The veggie patty is said to be better than usual with green onions, carrots, tofu and lentils.

There’s not much that’s Israeli about the menu, although the panzanella salad ($9), with arugula, tomatoes, radishes, red and green onions, kalamata olives, basil and croutons was described to me as their take on an Israeli chopped salad, and merguez was described as a Mediterranean chorizo.

It’s an interesting concept and a little different than other local burger spots. 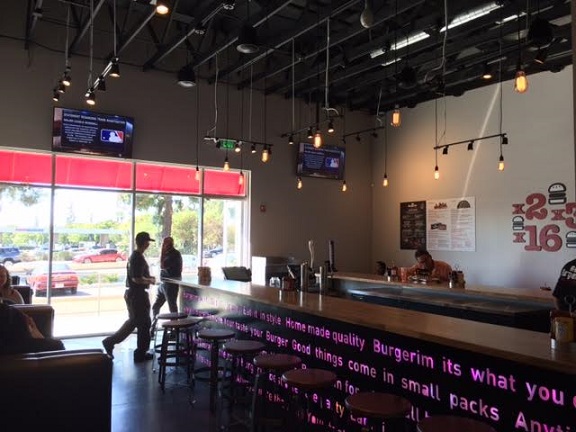