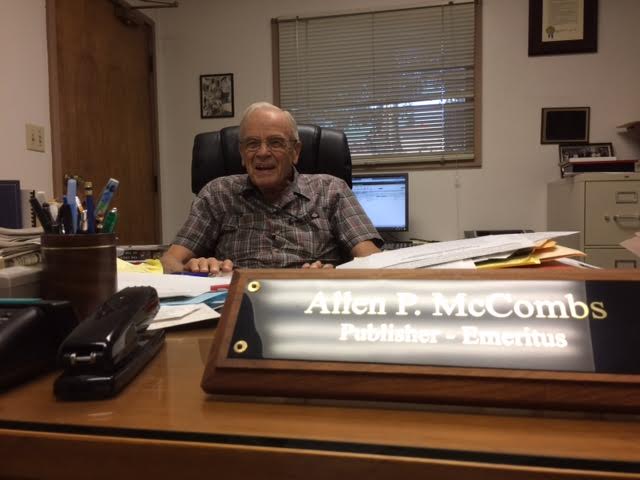 He arrived in Chino in 1956 to buy the city’s weekly newspaper. Sixty years later, Al McCombs still owns the Champion and goes into the office daily. Of his newspaper, he says: “I think it makes a difference.” Wednesday’s column tells his story. Above, McCombs is seen in his office; below, he’s looking at  a 1949 photo of himself, among the memorabilia in the Champion’s conference room. 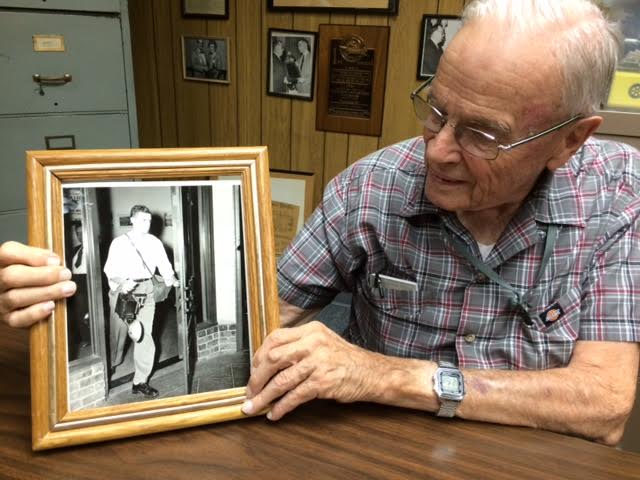