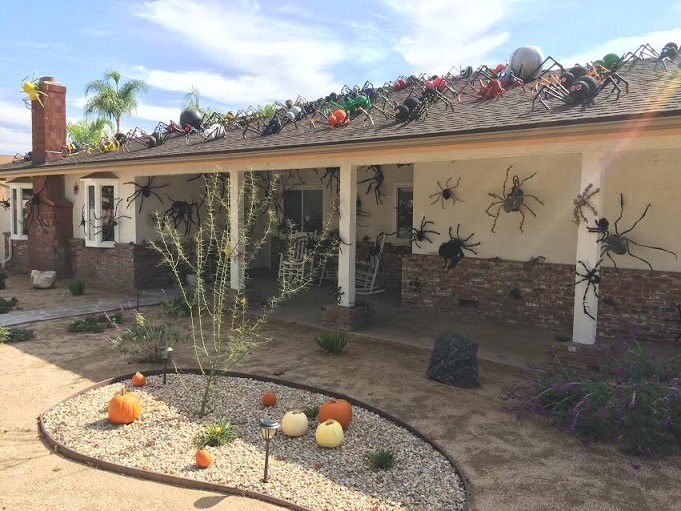 There seems to be a spider problem at 1496 Bibiana Way in Upland, where some 200 of the insects, small and large, are crawling around and hanging from the exterior. It’s been a tradition for Don and Kathy Kane for about 15 years, starting with a single fake-spider purchase at Target at the urging of a 2-year-old grandson.

“It kind of expanded from that point,” Don told me in an understatement. Some have been purchases or gifts, and he’s made many of the spiders himself out of PVC pipe, using reflectors from Pep Boys for the eyes and in some cases styrofoam and even medicine balls for heads and bodies.

I learned about them from reader Susan Winderman, who was at a yard sale nearby and stopped to gape at the house, as others did.

I visited one afternoon and left my business card in the door after fighting my way through the spider-festooned porch to the door. Don called me back the next day, too late for a pre-Halloween column, but not too late for a blog post.

“Some people think they’re real,” he admitted, especially when the breeze makes them move. 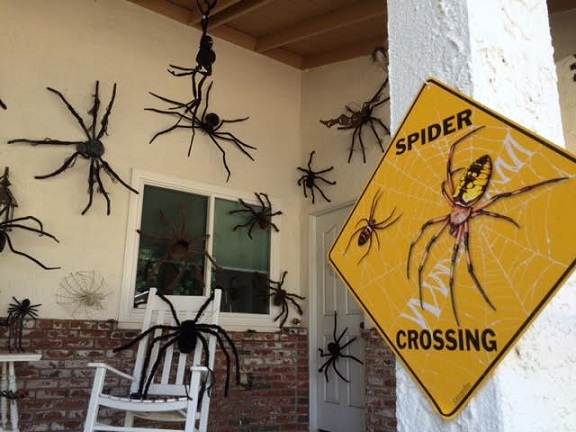 “A couple of years ago, we had a fellow work on our refrigerator. He was standing in the front yard when my wife answered the door. He said, ‘There’d better be another way into your house or I’m not coming in.’ Apparently he had arachnophobia.” Kathy let him in through the garage.

Most other people seem to like the spiders. The Kanes have been asked as early as August when the spiders would come out. “People thank us. People appreciate the effort,” Don said.

The spiders went up at the end of September and will come down probably Nov. 5 or so — unless they decide to crawl down on their own. Check ’em out on 15th Street (corner of Bibiana Way) halfway between Benson and Central avenues. 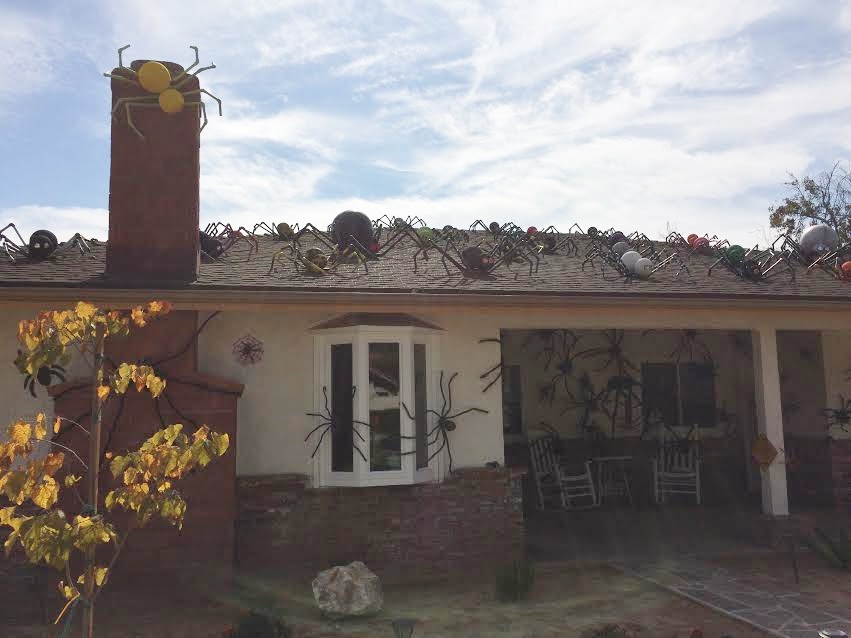