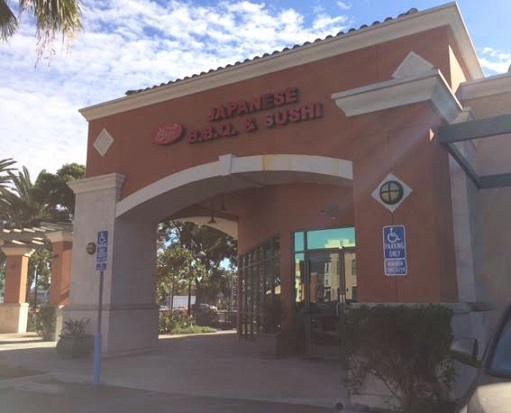 B & F is in a plaza off Fourth and Haven not far from our office, and a colleague had said something nice about it recently. When a friend who once lived in Japan wanted to meet for lunch, I suggested B & F.

The plaza is less visible than before due to the apartments that went up on the southwest corner — it used to be visible from Fourth — but then again, the center suddenly has a few hundred neighbors instead of an empty lot, and that’s gotta be good for business.

The restaurant is medium-sized, sushi bar off to the right, dining room to the left. We sat in the dining room. All the tables have heating elements on the top and range hoods overhead, and they seem like holdovers from a previous restaurant, as nothing on the menu looks like anything you would need to cook yourself, unless you decide your sushi is too raw. 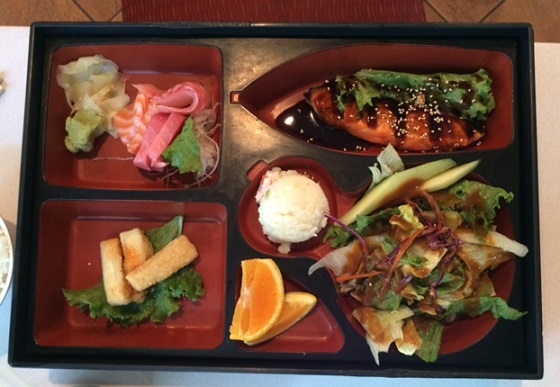 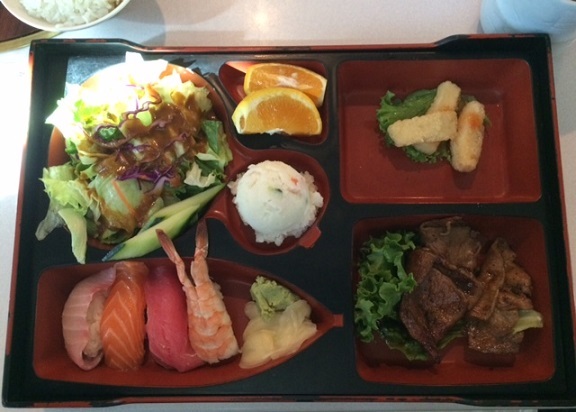 We got bento box lunches: sashimi and salmon teriyaki for him (top), nigiri sushi and garlic pork shogo yaki for me (above; $10 each). They came with small salads, fried tofu, a scoop of potato salad that was more like mashed potatoes, and orange segments, with a bowl of rice on the side and a bowl of miso soup to start.

What we had was acceptable, but nothing special, and it didn’t live up to the current four-star Yelp rating. The fish was sliced a little thin and wasn’t outstanding. That’s not to say something else on the menu might not be very good; people on Yelp rave about the amount of fish in the chirashi bowl.

The service was attentive and friendly. The restaurant doesn’t seem to be Japanese-run, which didn’t bother me or my friend, but might bother you. So, an okay spot, but unremarkable. You could get sushi just as good or maybe a little better down the street at Benihana. 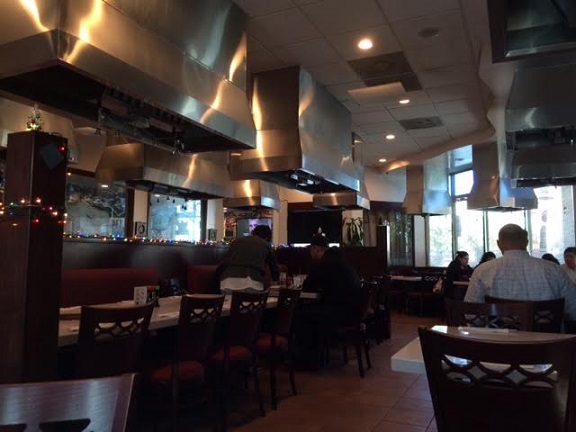