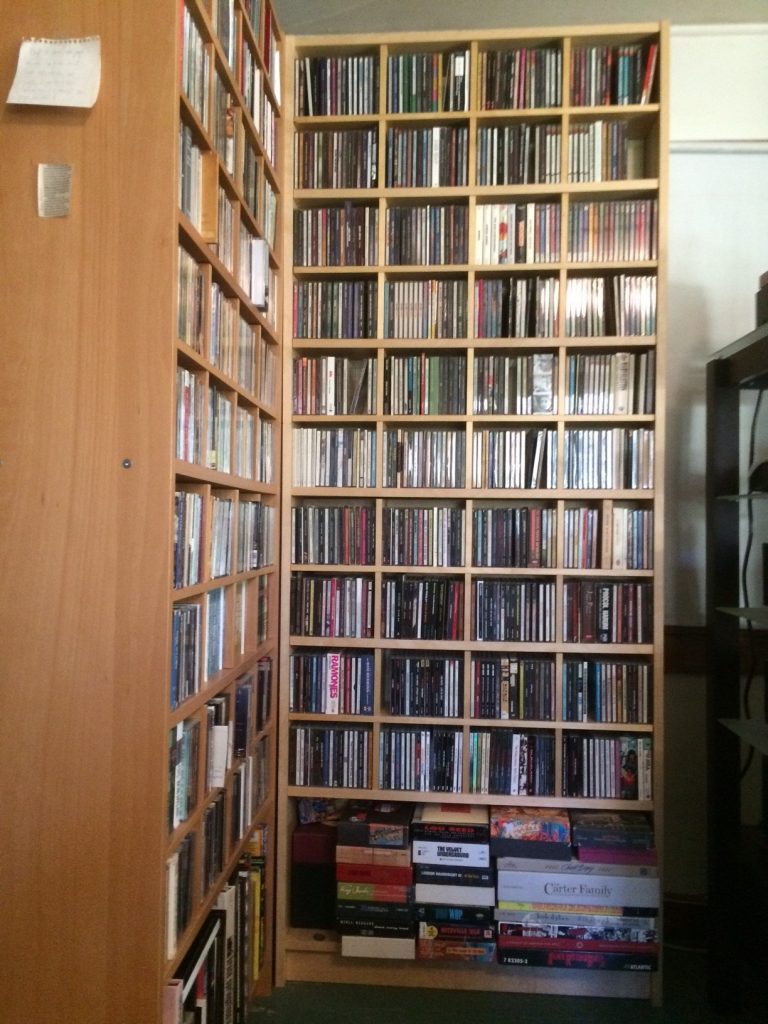 A few weeks ago I completed a personal project: to play all my compact discs again. It took 10 years. I write about that in Wednesday’s column. Above: half of my collection; another two bookcases stand on the other side of my stereo.

You might wonder after reading this column — you will read it, won’t you? — what happens next. For starters, all the CDs I’ve pulled have been saved atop my bookcases until my project was done. Now I can trade or sell them. Also, playing my CDs again will be something of a lifelong project, I think, in that I will continually have to pull more to trade/sell if I’m going to keep buying new ones, shelf space being finite. But I’m unlikely to start listening to them again from the beginning.

I didn’t have room to get into this either, but there’s the matter of whether some of these CDs that I’m keeping will ever be played again, and if not, was keeping them a futile act? That’s a tough one. What I can say is that since 2006, every CD I own has been played once. Can you say the same about yours?