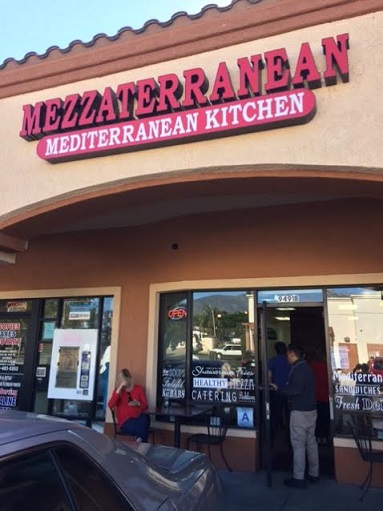 I learned about Mezzaterranean, the name being a clever mashup of Mediterranean and mezza, the Lebanese name for appetizers, from a friend’s Yelp reviews, and eventually got around to going once I figured out where it was, the Auto Zone center, which many of us would tend to think of as the Taco Hut center. 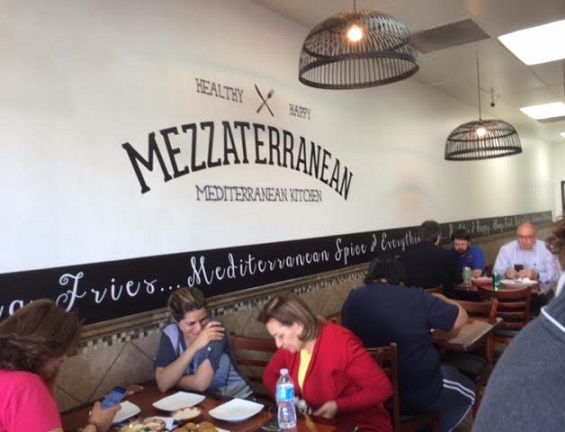 Opened in 2014, it’s a small place, and packed during the lunch hour; on my first visit, at noon, a friend and I had to sit at the makeshift counter as all 25 or so seats were taken. On a second visit, around 2 p.m. (on a different day, just to be clear), I got the only indoor table that was free, although it did clear out over the next hour. It’s a popular place, with many getting take-out besides the dine-in orders.

You order at the counter, from a menu with hot and cold mezza, soups and salads, sandwiches and plates. The open kitchen is right behind, a hive of activity. That first visit, I had a lamb kebab plate ($12) and my friend ordered a beef shawarma sandwich ($7).

The place was crazy busy and our orders seemed to get misplaced; eventually someone noticed we hadn’t gotten our food, asked what we’d ordered and made it, upgrading my friend to a plate and giving us free baklava ($1), which was very good. And so was the food. 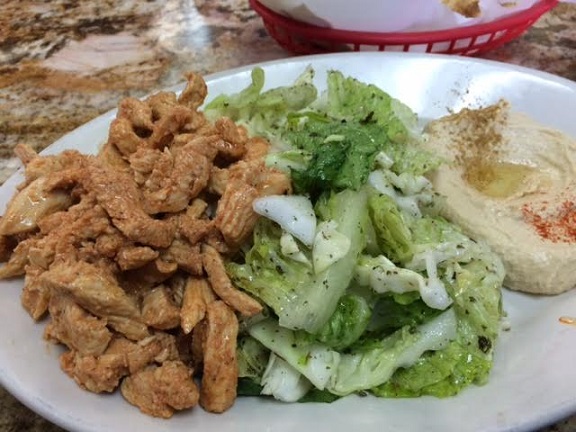 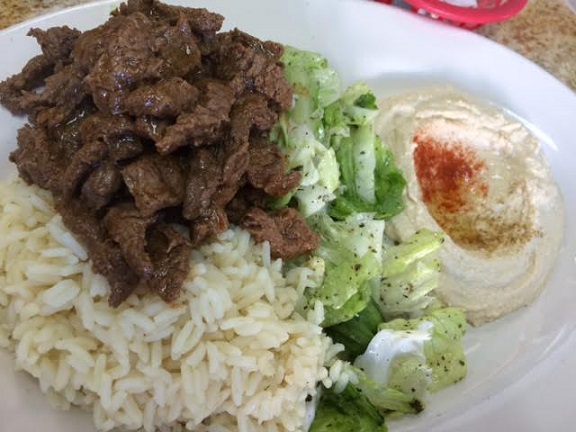 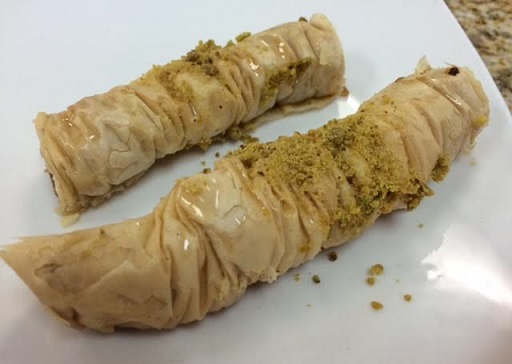 I went back a few weeks later and ordered the soujuk sandwich ($7, below), a spicy beef sausage on a pita with pickles, tomatoes, hummus and sauce. I’d never tried that, and it was okay, but I should have gotten fries or rice or something on the side. 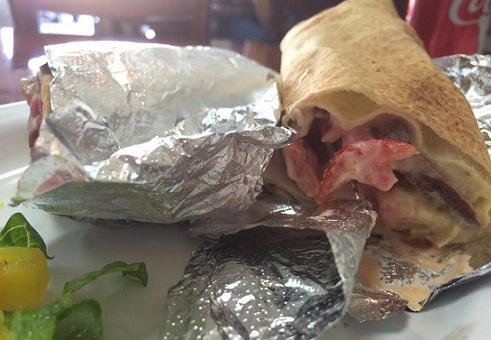 On a third visit, I tried the chicken shawarma fries ($8-ish), at a friend’s recommendation, and those were really good too. 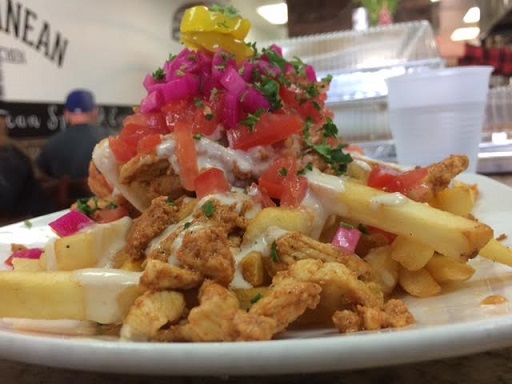 I like Mezzaterranean, although I might give the edge to Zait Bistro, elsewhere in town, for Rancho Mediterranean — which wouldn’t be a bad name for a city.