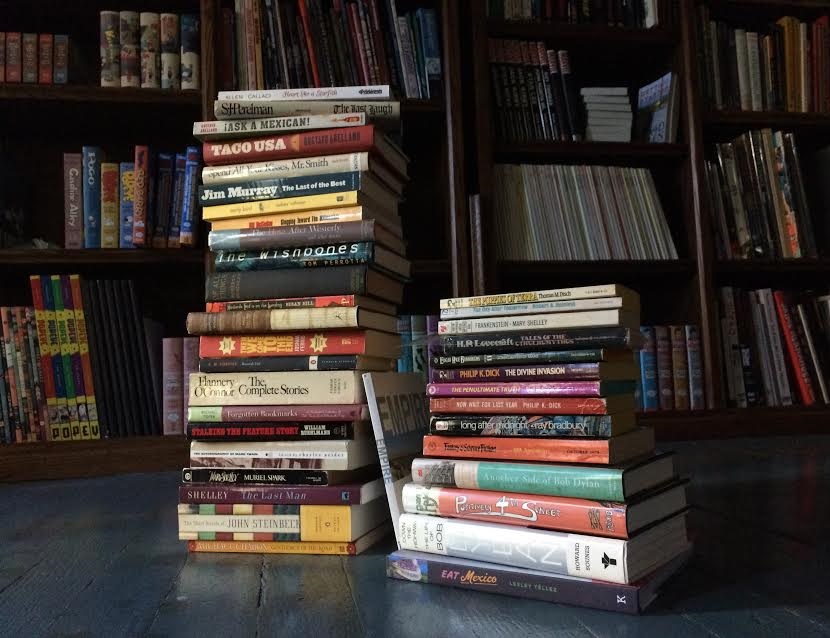 In an annual ritual, but a delightful one I hope, I rounded up all the books I read this year (minus one that’s out on loan and one that’s a play in a giant Shakespeare omnibus), put them in the middle of my floor and took their photo.

My total of 40 for 2016 is precisely half of 2012, the year I read 80 books and my best year to date. But that year I had a lot of short books to read, and also unlike this year, I wasn’t spending an hour or two per week working on my own book. I realized, too, that I took far fewer Metrolink trips this year, an act that gave me enforced reading time.

Still, there’s nothing wrong with 40 books. Wednesday’s column tries to make sense of the year. Below is a list of every book in chronological order.

Of course I didn’t get to everything I’d have liked, not by a long shot, but many of these I’d been wanting to read for a long time. How was your year in reading?