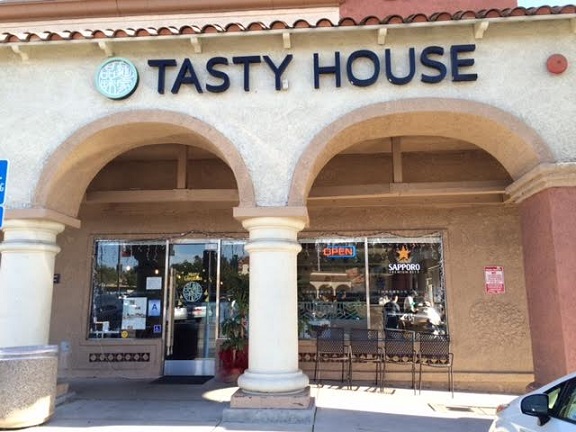 Chino Hills, as has been noted here before, has the best Chinese food in the Inland Valley. I was planning to eat at Noodle House, but it looked full, and right across the shopping center driveway was a larger restaurant. So I went there instead.

Not that it occurred to me until later, but the second place had the same name plus an adjective, and given the choice between Noodle House and Tasty Noodle House, who wouldn’t upgrade to the tasty one? The sign says simply Tasty House, either due to space considerations or politeness to its neighbor, but the menu and receipt say Tasty Noodle House, which is a Southern California chain of at least seven restaurants, including Walnut, San Gabriel and Irvine. 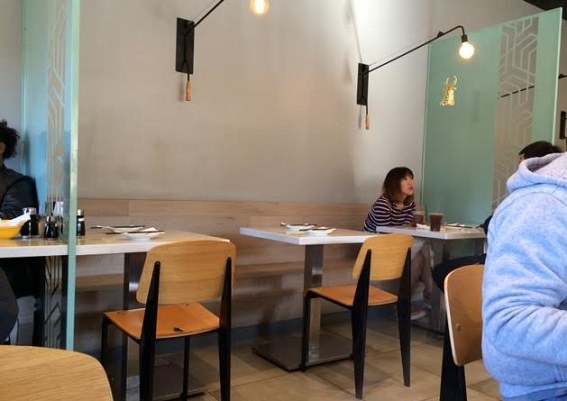 It was bustling, but there were empty seats, and I was given one, as well as the typically extensive menu and time to look it over. I ordered xiao long bao ($7.50) and sauteed spirals (mushrooms) with leeks ($12), plus a taro milk tea ($3).

The pan of eight XLBs, or soup dumplings, weren’t to the Din Tai Fung standard and were more dumpling than soup, but that didn’t bother me, and they were a good choice. The leeks (one must have one’s greens) were sauteed with mushrooms and carrots and were very good too; half were taken home, making the price, which seemed a bit high, more palatable. And I liked the taro tea.

By Chinese restaurant standards, the service was friendly, I liked all my items and would go back. It’s only a block from the multiplex, which was my next stop after lunch. Nothing wrong with regular old Noodle House, though. It’s tasty too. 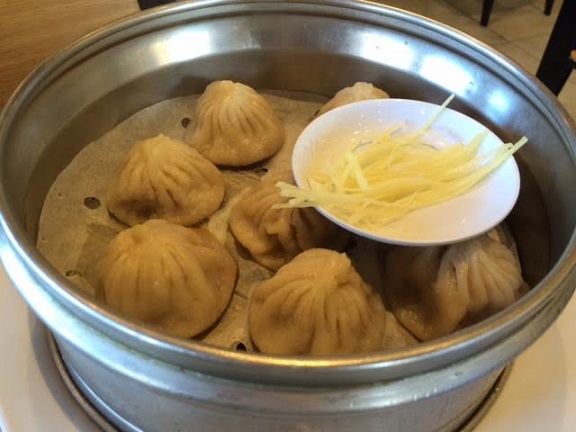 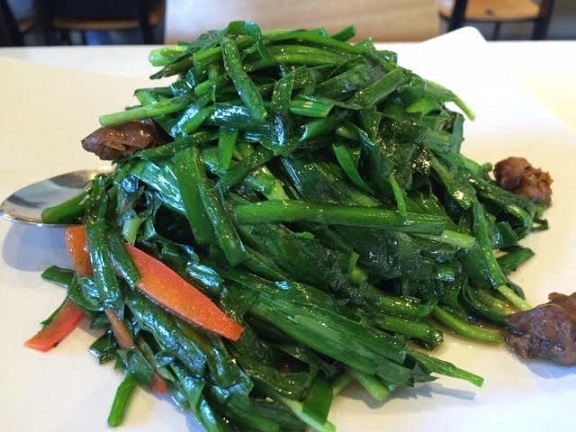