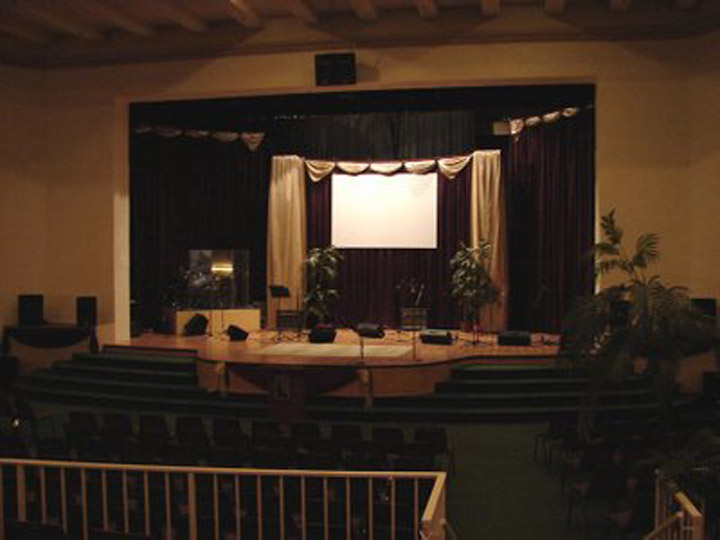 Many of us have wondered what the interior of the old United Artists/California theater in downtown Pomona looks like these days, but as it’s a Spanish church, we’re unlikely to feel comfortable wandering in. But photographer Richard Nunez did go in and snapped a few photos, which he shared with me. 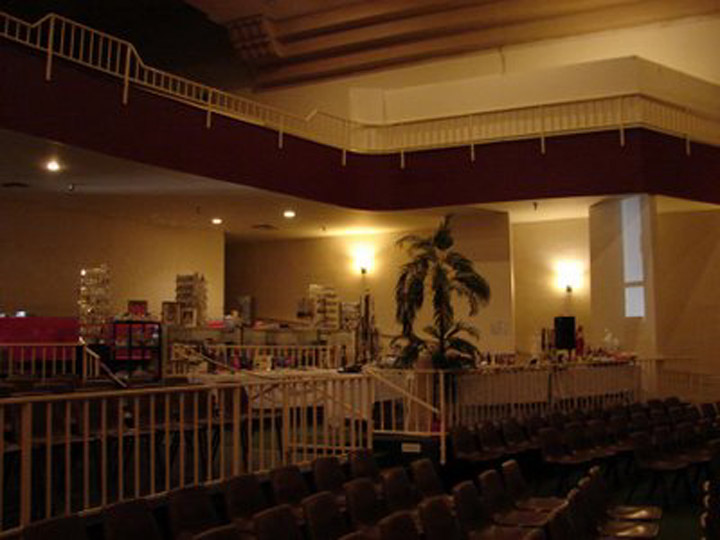 The auditorium has been significantly altered, and the seats appear to be chairs, not theater seats. And that’s all understandable. Ontario’s Granada is the same shape. But if you were ever in the theater (I wasn’t), you may decide its feel isn’t entirely different. The grillwork by the speaker looks nice. 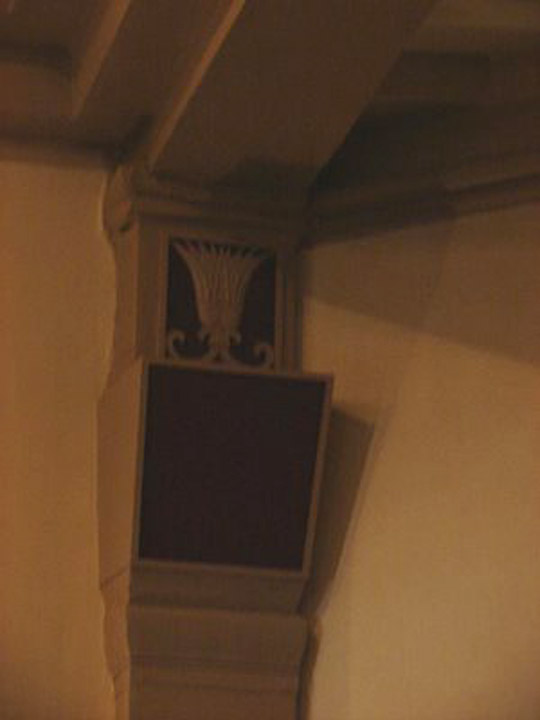 In the lobby, below, there’s an area that may have been a candy counter. 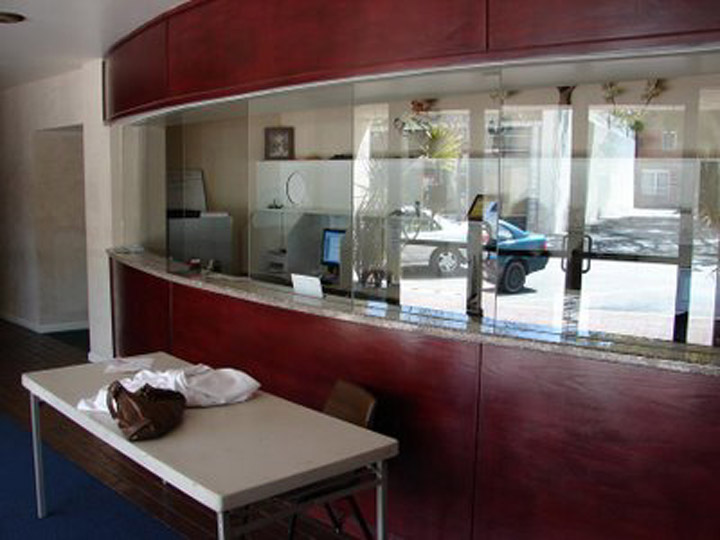