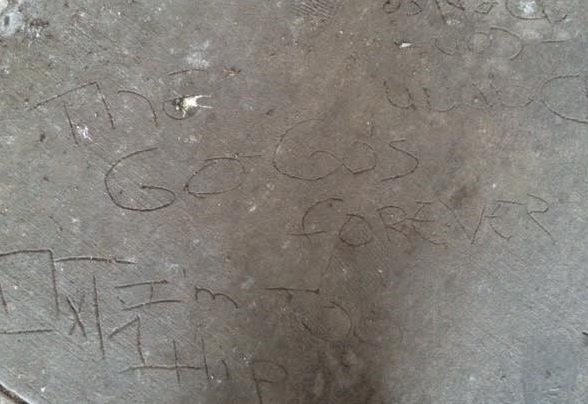 To check out the sad state of the Pomona City Stable recently, the 1909 brick building that’s collapsing, I drove down White Avenue, parked along Second Street and strolled down the sidewalk on the east side of White under the railroad overpass for a better look at the structure on the opposite side of the street.

The east side is where I noticed this piece of concrete (below) that’s newer than the original 1960s sidewalk. It’s full of the kind of graffiti that gets drawn into wet cement, with “1982” written in one corner (partly visible in the photo).

The 1909 Stable may or may not survive, but as far as history goes, at least there’s this fun 1982 sidewalk… 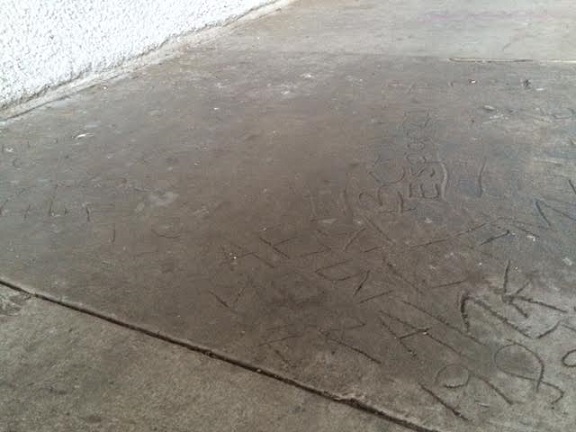