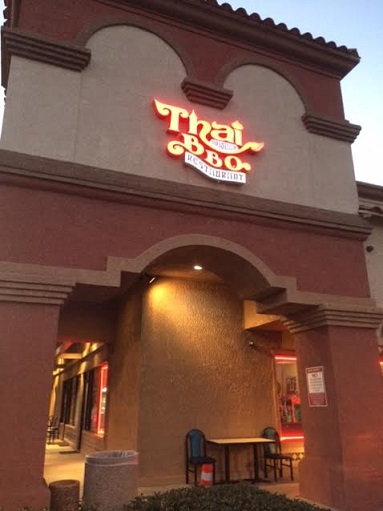 Ah, the food of Thailand. With Chinese food on the rise thanks to a wave of immigrants, Thai cuisine is kind of waning, it seems to me, aside from Pok Pok and Jitlada in L.A.

Thai Original BBQ has been in the Rolling Ridge Plaza for some years, so it’s nothing new either. But a Thai-shy friend had tried it out, liked it and suggested meeting there for dinner. 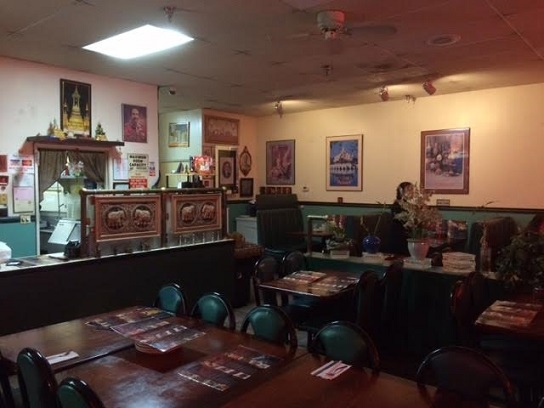 There’s a fish tank as you walk in and the walls have a lot of tourist posters, not to mention portraits of the Thai royal family (RIP). You get the sense that the owners haven’t redecorated in a while, but the look is comfortable and lived-in. So was our sagging banquette.

We examined the menu closely. It has the standards in pork, chicken, beef, noodles and rice dishes, but with more emphasis on seafood than is often seen. 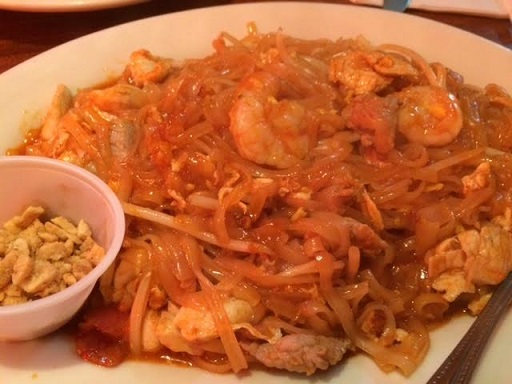 I got the mixed pad Thai with chicken, pork, shrimp and tofu ($10 for the basic, probably a couple of bucks more for this version), which was solid and unspectacular. 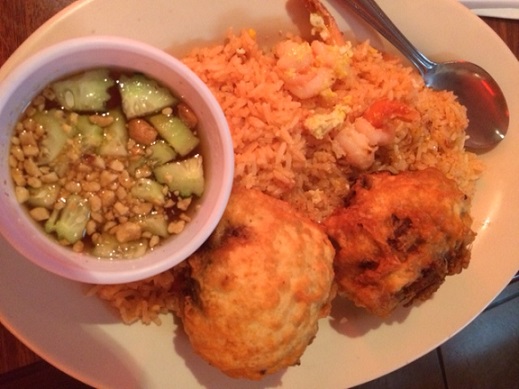 My friend had the crab cakes, which appear on the menu as “Dearest Crab” (!), two fried crab cakes the size of baseballs with crab, pork, mushrooms and onion, served atop shrimp fried rice ($13). We liked it. If you’re married and eating there, call your spouse “dearest crab” at your own risk.

Service was attentive. Overall, this was a pleasant, old-school Thai experience but an unexceptional one. The restaurant is part of a small chain founded in 1978 that has locations in LA, Fullerton and Cerritos. 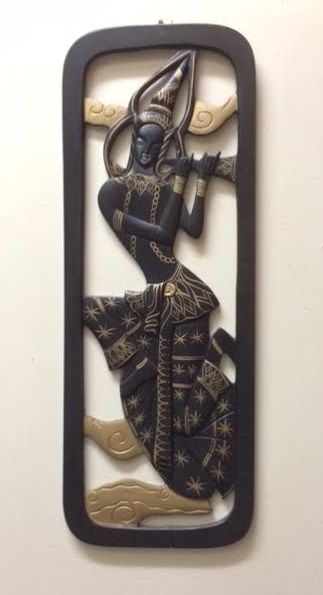