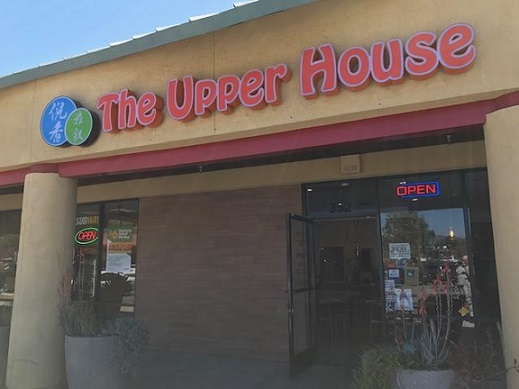 Located in Peppertree Square, the center most of us visit only for the Peruvian restaurant Kykiryki, the Upper House opened in January, replacing Royal Panda, which by all accounts (I never ate there) was your typical quick-serve Chinese restaurant.

The Upper House, by contrast, is a sit-down spot, and it serves real Chinese food. I met some friends there for lunch on a recent Saturday.

Inside it’s all blond wood, light and airy, and the service was exceptionally friendly. The menu is long, typical for a Chinese restaurant, but not absurdly so. In an unusual touch, the lunch menu ($8 to $10) is good seven days a week. But we ordered off the regular menu: cumin lamb ($14), pineapple chicken ($10, below), combination noodle soup ($10) and vegetable lo mein ($8). 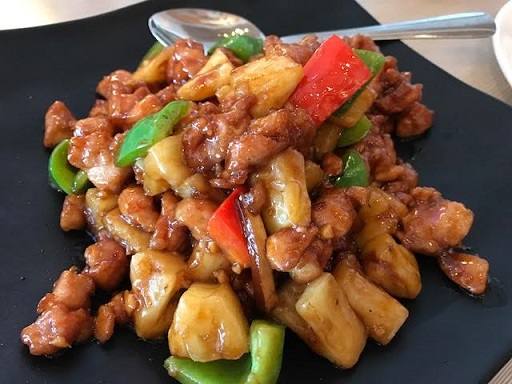 We all liked our food; one, in fact, even liked the water: “This water is so good. Write it down.” [I dutifully complied.] “It’s got jasmine in it.” [Note: Water not pictured.] 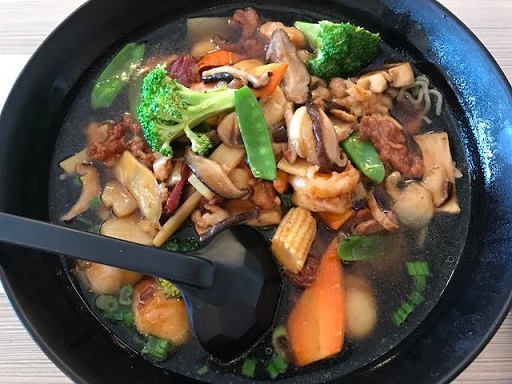 Speaking of his soup, one declared fulsomely: “It was a delightful combination of flavors and textures.” Once that was out of the way, he said: “It was really good.” 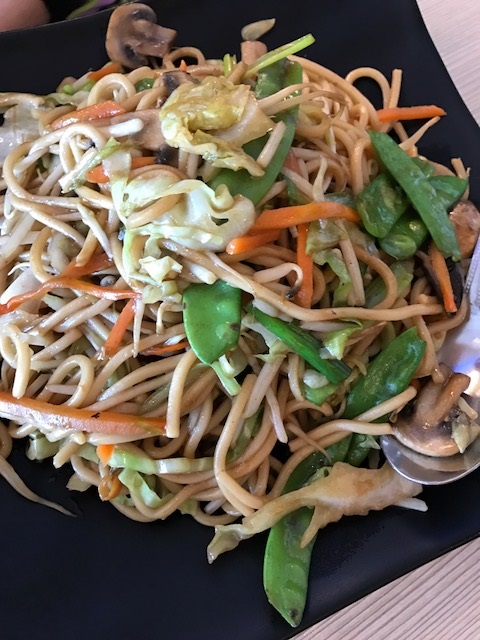 A second said of the chicken: “Mine was also delicious.” Chiming in about her lo mein, the third said: “Ibid.” (Yes, she really said “ibid.” The water must have gotten to her.) 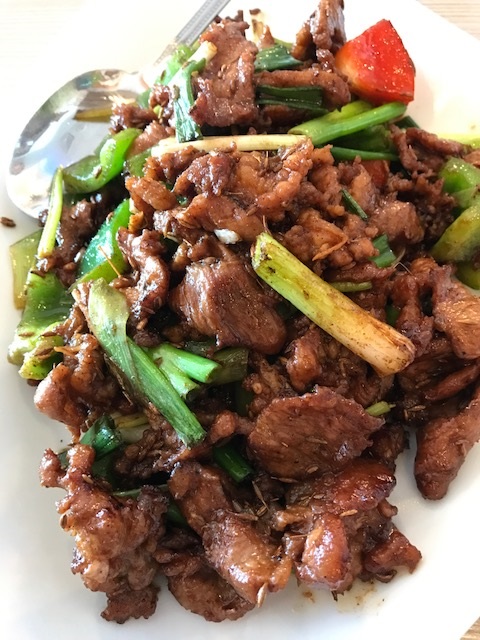 I got the cumin lamb, a dish I’ve had at a couple of other restaurants, one in Chino Hills, the other in Alhambra, and this version was their equal. By my standards, then, the Upper House is among the handful of authentic Chinese restaurants in the Claremont-Pomona-La Verne area.

(That said, while the menu avoids orange chicken and cream cheese wontons, it does, confusingly, have a section labeled egg foo young, another, dated signifier of Americanized food, But who knows, maybe they put their own spin on it.)

As for the name the Upper House, we asked and were told it doesn’t really mean anything. But it’s more interesting than the generic Royal Panda. 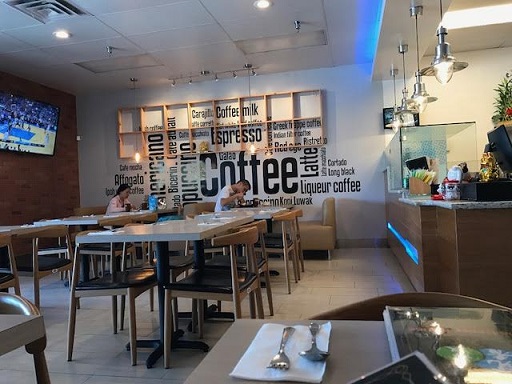