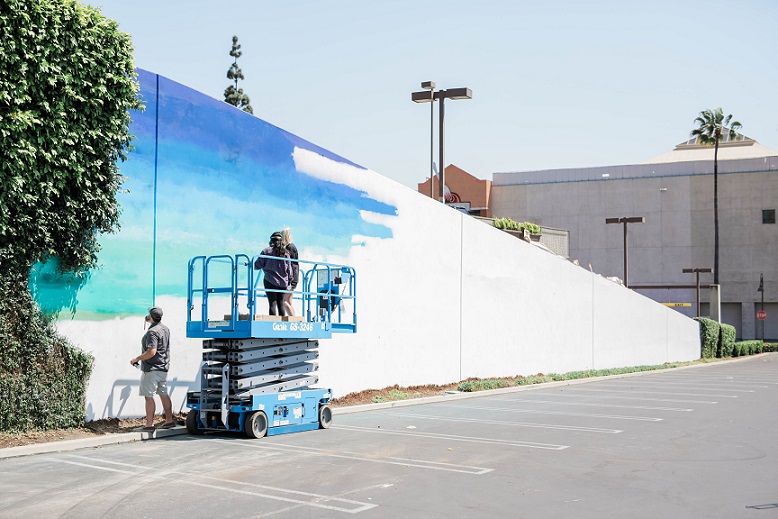 While we await, patiently or not, long-promised upgrades to Montclair Place, the former Montclair Plaza, a colorful mural has gone up on a 145-foot blank concrete wall of the parking deck ramp, visible from the Macy’s lot off Moreno Street.

Claremont artist Chris Trueman led some of his former Chaffey College students, including Peyton Warrick, Jarmaine Pascua and Andrea Hernandez, in painting the mural, which depicts the San Gabriel Mountains. 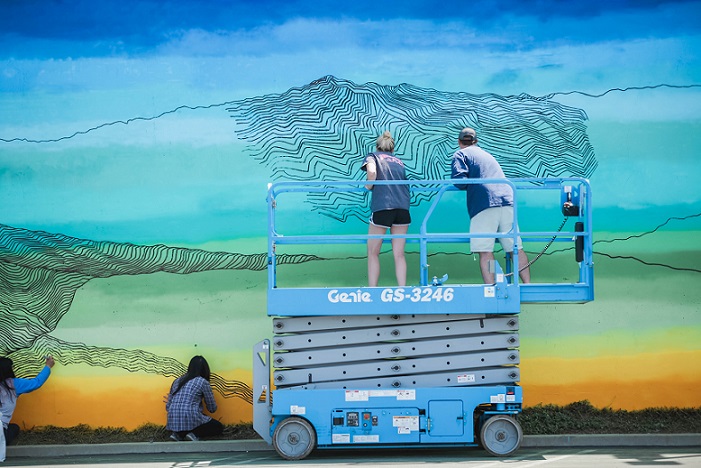 “We chose to represent one of Montclair’s most distinguishing aspects; the mountain range, which serves as a backdrop and ever present landmark visible from most vantage points in the city, reminding the community of the beautiful place in which we live,” Trueman said in a written statement.

The mural was painted in four days, ending Saturday, and is said to be the start of a year-long series of interior and exterior art installations. It’s off to a strong start.

The above photos were provided by Killackey Media for Montclair Place; I shot the one below on Monday. The bright colors are a welcome sight. 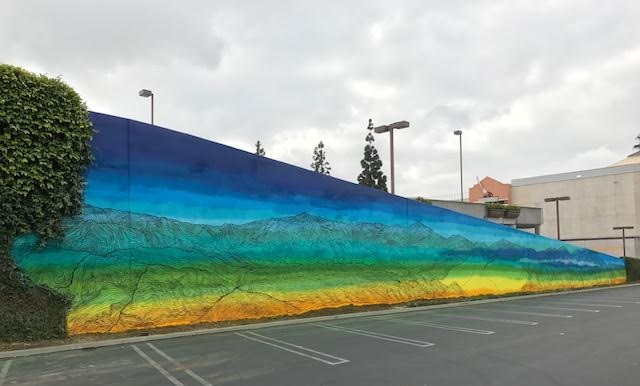