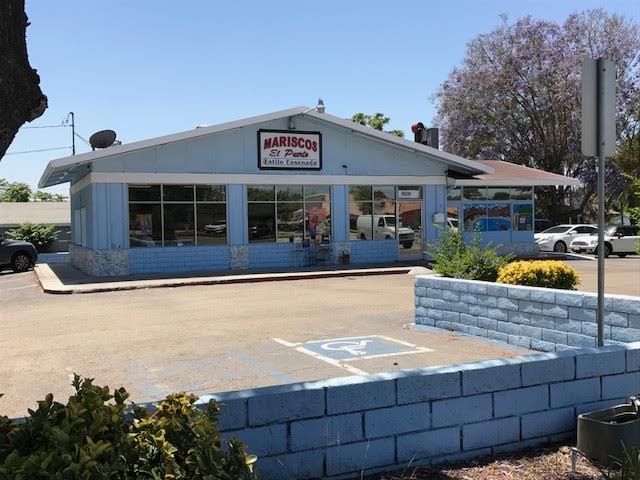 Years ago I ate Mexican food in a quaint 1920s-style gas station in Petaluma, where the seating was outdoors by the old pumps. In Chino, there’s a Mexican restaurant inside a ’60s or ’70s Texaco service station, the kind where they might have sold you candy bars, checked your fluids and put your car up on the rack for Murph to take a look-see.

A couple of foodie friends in Pomona tipped me off to Mariscos el Puerto, which specializes in food from Ensenada, largely seafood. They both liked their meals, and one later urged me: “You gotta try the gas station. It seems so wrong, but it’s so right.” 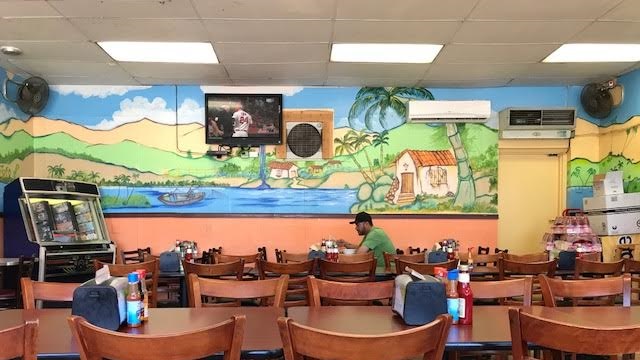 So I made a special trip and met a Chino friend for lunch. After four taquerias cycled through the building in five years, Mariscos el Puerto took it over three years ago, a sign it’s got staying power. While the gas pumps and canopy are gone, the building still resembles a gas station from the street.

Inside, you wouldn’t know it, at least not in the dining area. You order at a counter that might be original. Otherwise, it’s just a restaurant, one with colorful wall-filling murals of undersea scenes, and no Slurpee machine in sight. 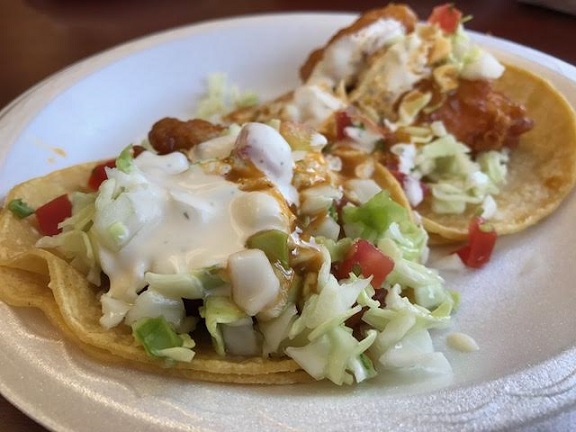 I got a fish taco ($1.75), a shrimp taco ($2.29) and a limonade ($2), the latter ladled from a jug on the counter and pleasantly pulpy. The tacos were crunchy and very good. Presumably, to live up to their building’s heritage, they change the oil frequently. 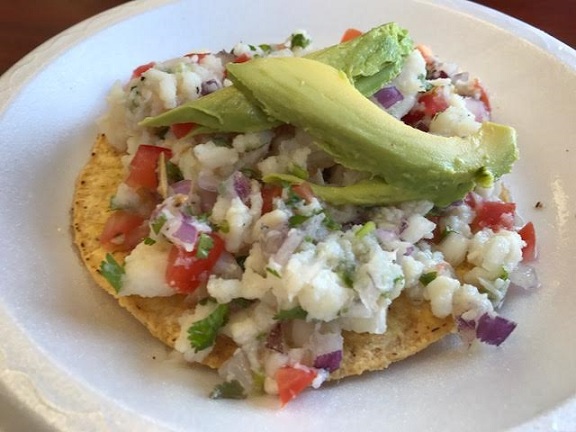 My friend got a ceviche tostada ($3) and a taco. Her verdict? “Cheap. Cheap and good.”

Mariscos el Puerto is a good place to pull in, if you brake for tacos. Also, the former gas station sells beer and wine, in case you want to — wait for it — get lubricated.

Update May 2018: After reports that the shrimp burrito was a must-try, I returned and got one ($9). It’s loaded with shrimp, both fried and broiled. It’s recommended. 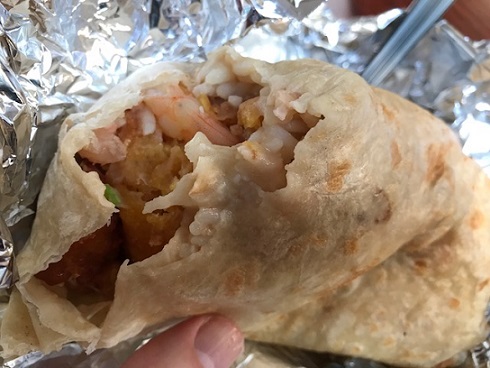 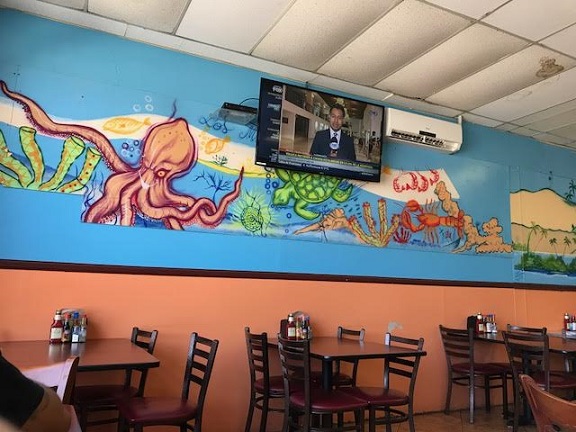