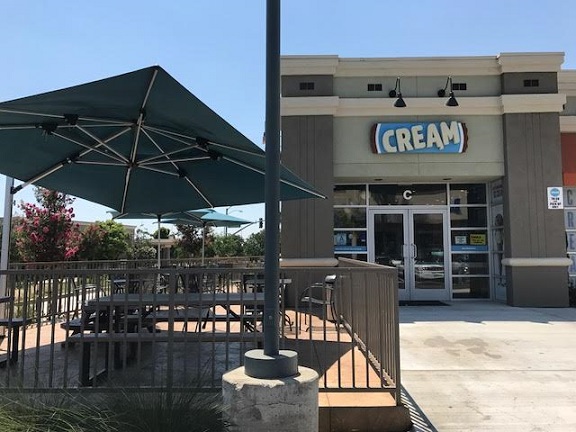 Cream is said to be an acronym for Cookies Rule Everything Around Me; the first opened in Berkeley in 2010. One came to the Ontario Mills area in 2016, sharing space in a building with a Noodle World Jr. across Rochester from the Edwards 22.

I had meant to try it at the time but forgot the whole thing until Tuesday, when I met a friend for lunch at Rubio’s (which has a new name, Rubio’s Coastal Grill, and new menu since the last time I ate at one; it’s an improvement, btw) and parked facing Cream. Walking back to my car on a hot afternoon, I decided to hit up Cream before going back to the office. 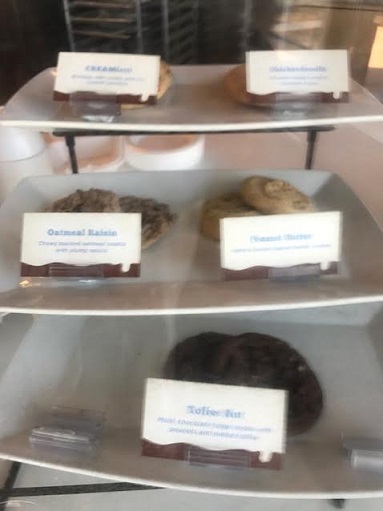 They have two dozen ice cream flavors and more than a dozen cookies (menu is on the website), with the concept being that while you can get one or the other, you really ought to make your own ice cream sandwich. In real life, the cookies are less blurry than in my photo.

I paired peanut butter twist ice cream with two peanut butter cookies ($4). There’s the option of adding toppings to the sandwich, like chocolate sauce or Nutella, many of them as a drizzle, for another 75 cents, but that sounded messy for eating by hand, so I skipped that step.

The server first warmed the cookies for me — mmmm — and the sandwich made for a nice mid-afternoon treat.

You can get your ice cream in a cone, or get your sandwich with brownies rather than cookies. Also worth noting, it’s vegan-friendly, with two soy ice cream flavors (blueberry and mint chocolate chip) and three vegan cookies, as well as three gluten-free cookies. 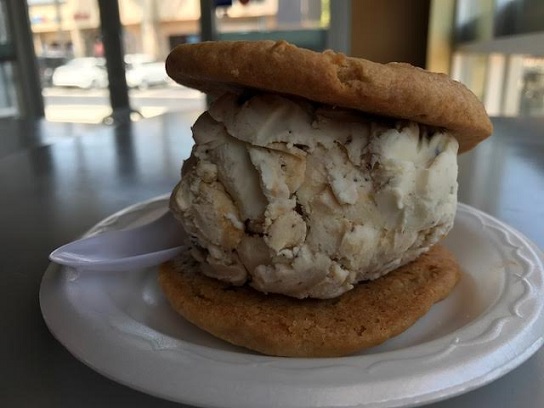