Back from vacation, I visit Germany, see segments of the Berlin Wall and muse about the week’s news in hate, all in Friday’s column. 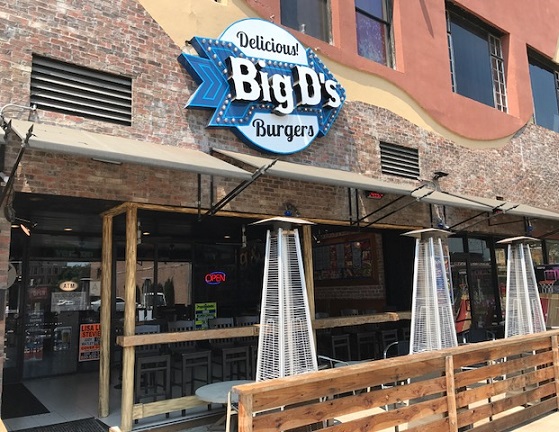 For a brief spell the three main restaurants in a two-block stretch of 2nd Street were hamburger parlors, which was kind of a drag. Big D’s, which has a location in Whittier, was the latest, joining Burger House and the Rookery. But Burger House has closed, leaving a more manageable two burger specialists.

I hadn’t been to Big D’s due to the overkill factor, and because I like the Rookery, but with the path clearer, two friends and I gave it a shot recently at lunchtime.

It’s the first business on the east side of Garey and in recent years has cycled through a crab restaurant, a sushi restaurant and two pizza restaurants. As before, it’s got exposed brick walls, a high ceiling and a deep layout, with patio seating at the sidewalk. 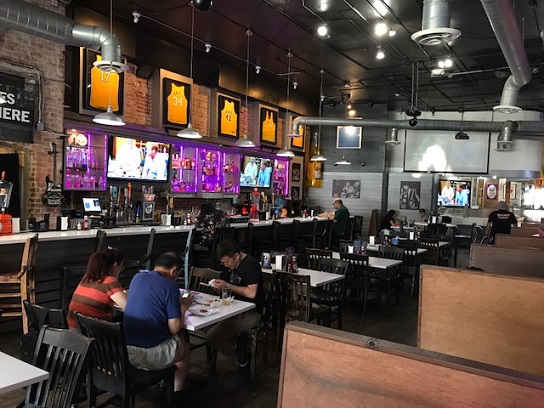 In recent years it’s been a party spot rather than a serious restaurant, catering to the club and concert crowd, and nothing wrong with that. I’m always up for a good burger. 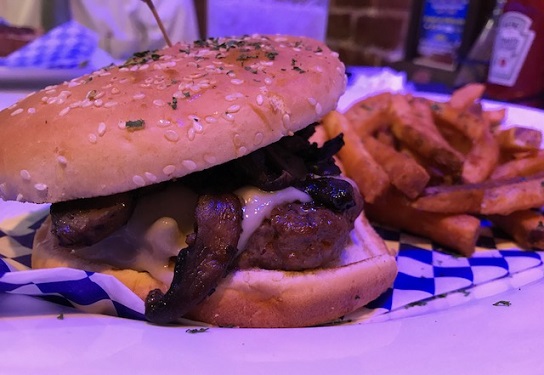 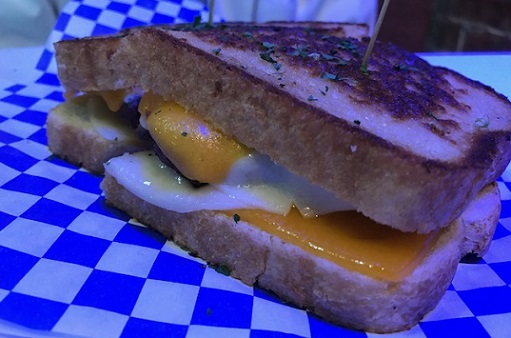 I got the shroom burger ($11) with Swiss and fries ($2), someone else got the patty melt ($11), which comes on parmesan sourdough, and the third got a chicken caesar salad ($9). None of us were blown away, but our food was fine, and the server was nice. My expectations were low, and they were exceeded. 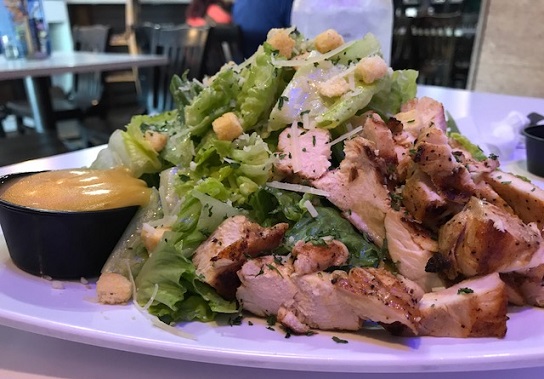 Besides 10 burgers, the menu has four salads, fish and chips, a couple of sandwiches and a hot dog. Oh, and unless my eyes deceived me, you can get a $12 milkshake. Has anyone had one? At that price, I hope it’s sharing size. 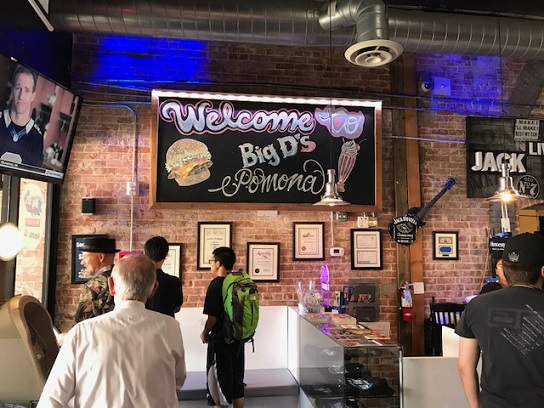 I’ll be off until Aug. 16. My Restaurant of the Week posts should resume Aug. 17 and my column will be in the paper again Aug. 18. Enjoy my time away! I know I will. 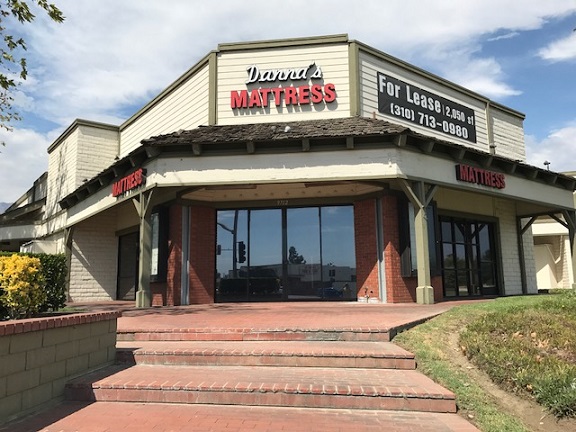 The mattress shop at Foothill and Archibald in Rancho Cucamonga finally expired after a so-called liquidation sale that dragged on for years, under more than one business name. Huh! That leads off Friday’s column, followed by a bunch of cultural notes and one explaining that I’m on vacation. If I’m posting this late, that’s because I’m more than a few time zones away. The photo above was shot Tuesday afternoon. The interior was vacant.

In an update to the Buffalo Inn saga, the closed Upland business will be auctioned off Monday to settle back taxes. Also: four music items and a Valley Vignette, all in Wednesday’s column. 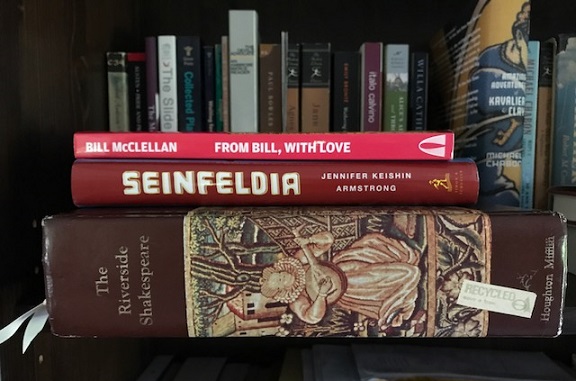 Books read: “Seinfeldia: How a Show About Nothing Changed Everything,” Jennifer Keishin Armstrong; “Julius Caesar,” “Antony and Cleopatra,” William Shakespeare; “From Bill, With Love,” Bill McClellan

Let’s be clear: I did not read the “Riverside Shakespeare” omnibus pictured above, although I did lug it around much of the month to read two of the plays therein. “Are you reading the encyclopedia?” a restaurant server asked me humorously. No: an encyclopedia would be lighter.

I read two plays I hadn’t read in decades. First, “Julius Caesar.” After the controversy over the NYC version with a Trump-like Caesar, a refresher course seemed in order for a play I read for the first and last time in high school. Caesar dies at the hands of his would-be friends, only one of whom has pure motives, and from there, things don’t go as the conspirators had hoped. It’s an uh-oh-now-what cautionary tale about deposing a leader. Complex and endlessly quotable, this repays rereading. Consider my viewpoint unimpeachable.

After enjoying that one, and while still in Shakespeare mode, I decided to tackle a second, “Antony and Cleopatra,” a sequel of sorts. It turned out I had read this one in college (a few underlines in the introduction were the giveaway) and had completely forgotten I’d done so, although elements of the play seemed familiar once I was reading it. Marc Antony, post-eulogy for his late emperor, takes up a life of dissipation with the queen of Egypt before returning to battle. Cleopatra is among Shakespeare’s more complex female characters — at least, that’s what it says in the introduction I dutifully marked up — and this play may be underrated.

As for the “Seinfeld” study, I started it with high hopes and yada yada yada, it was average. Some good stories from the writers, though; it’s amazing how many plots, even the outlandish ones, came directly from personal experience.

In “From Bill, With Love,” the bard of St. Louis returns with a collection of his Post-Dispatch columns spanning two decades. The first half is love stories about local people, the second half a scattering of favorite pieces: features, gripes, personal takes and laments for his dying industry (and mine, too). Sly, heartfelt and sweet.

I picked up my Shakespeare in college (Follett Bookstore, University of Illinois, 1985), McClellan at St. Louis’ Subterranean Books in 2016 and “Seinfeldia” as a birthday gift this year.

The first half of August I’ll be traveling, which may give me more time to read or may give me less, depending on how preoccupied I am with the details of my journey and whether I spend my in-flight time reading, watching movies or sleeping. I’m taking a couple of intimidatingly long novels with me and hoping for the best all around.

How was your July? Were you shading your face with a book while lounging by a pool, or using a book to fan yourself with? 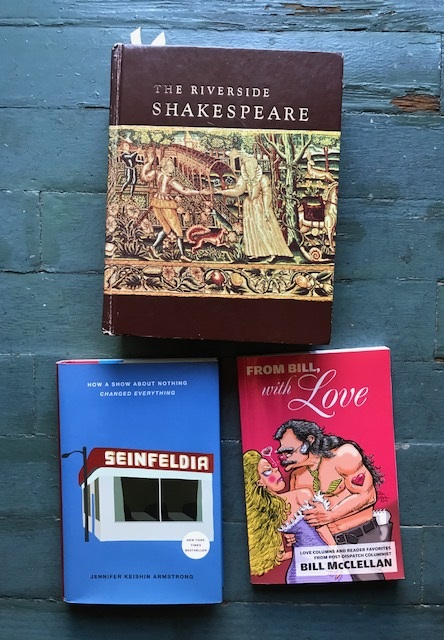