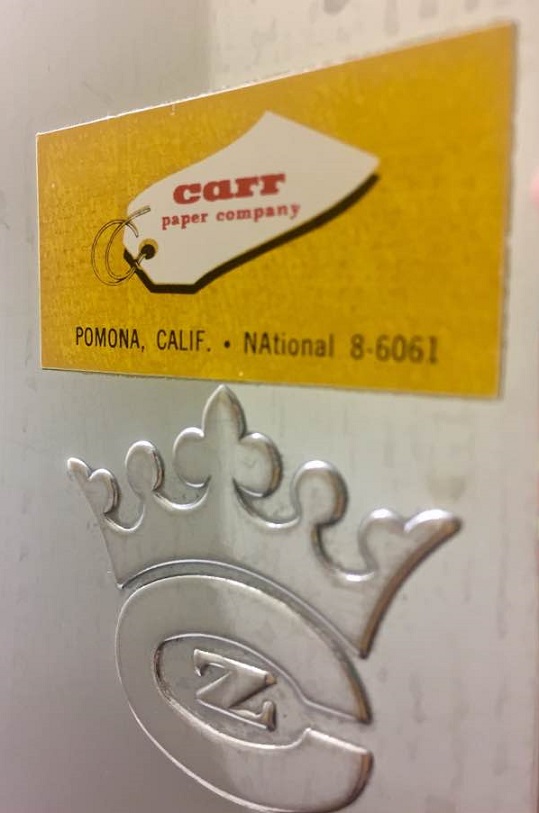 Reader Robin Young was in Pomona Valley Hospital Medical Center in August when she found a sure sign she was in the old wing: a sticker on the restroom’s towel dispenser with a NAtional prefix (62). As phone exchanges were dropped in 1965, that’s one old and well-preserved sticker! “It’s a time capsule,” Young says with fondness.

Carr Paper Co., by the way, was established in 1944 and lasted at least into the 1980s, and possibly beyond. Founder Dick Carr was also a longtime board member at the hospital and the boardroom was named for him. So it’s kind of heartwarming that one of his company’s stickers is still in place in a humbler spot in the hospital.